4 in 5 foreigner apartment purchases by Chinese, US nationals over past 7 years 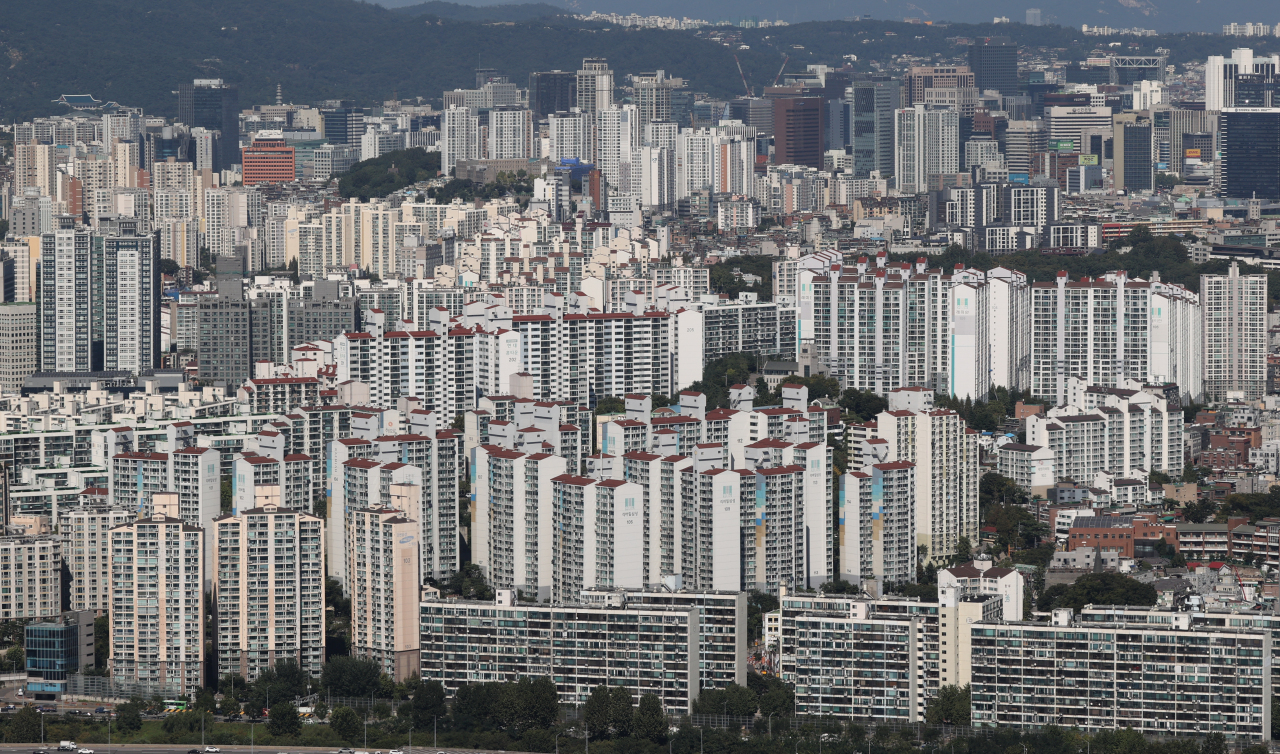 SEJONG — More than 80 percent of all apartment purchases by foreigners over the past seven years were made by US and Chinese nationals, an opposition party lawmaker said on Monday.

According to relevant documents, which were handed over to Rep. Yang Kyung-sook of the Democratic Party of Korea from both the Land Ministry and the Korea Real Estate Board, foreigners bought 29,792 apartments in the local property market between January 2015 and August 2022.

Of them, Chinese nationals bought 18,465 units, which accounted for 62 percent of total foreigner home purchases. The number of units bought by US citizens came to 5,855 with a 19.6 percent share.

This comes to a total of 24,320 units (81.6 percent), of which 4 in 5 were purchased by Chinese or US nationals over the corresponding period.

This marked the first time that the government has publicized statistics on foreigner-purchased apartments.

The Land Ministry had only made public statistics on the foreign-owned land twice a year.

Expat purchases surged to 5,640 units in 2020, as Korean households faced tough state-led mortgage rules since the late 2019. Foreigners were not subject to the local regulations.

As a noteworthy case, US nationals outstripped Chinese buyers in their purchases of apartments in Seoul. US buyers bought 1,858 units versus Chinese buyers’ 1,605 units over the January 2015-August 2022 period. US nationals made up 37.1 percent of all foreigner apartment purchases in the capital over the seven-year period.

The statistics on foreigner-bought apartments will officially be publicized starting from 2023, under the Yoon Suk-yeol administration’s drive to weed out speculative property investments by foreigners, who had been exempted from regulations such as the loan-to-value ratio and the debt-service ratio.

Since June, the Land Ministry — in collaboration with the Justice Ministry, the National Tax Service and the Korea Customs Service — has been conducting inquiries into alleged speculative real estate trading among expats.

Rep. Yang raised the necessity of “mapping out measures, which could prevent reverse discrimination against Korean nationals in real estate trading.”