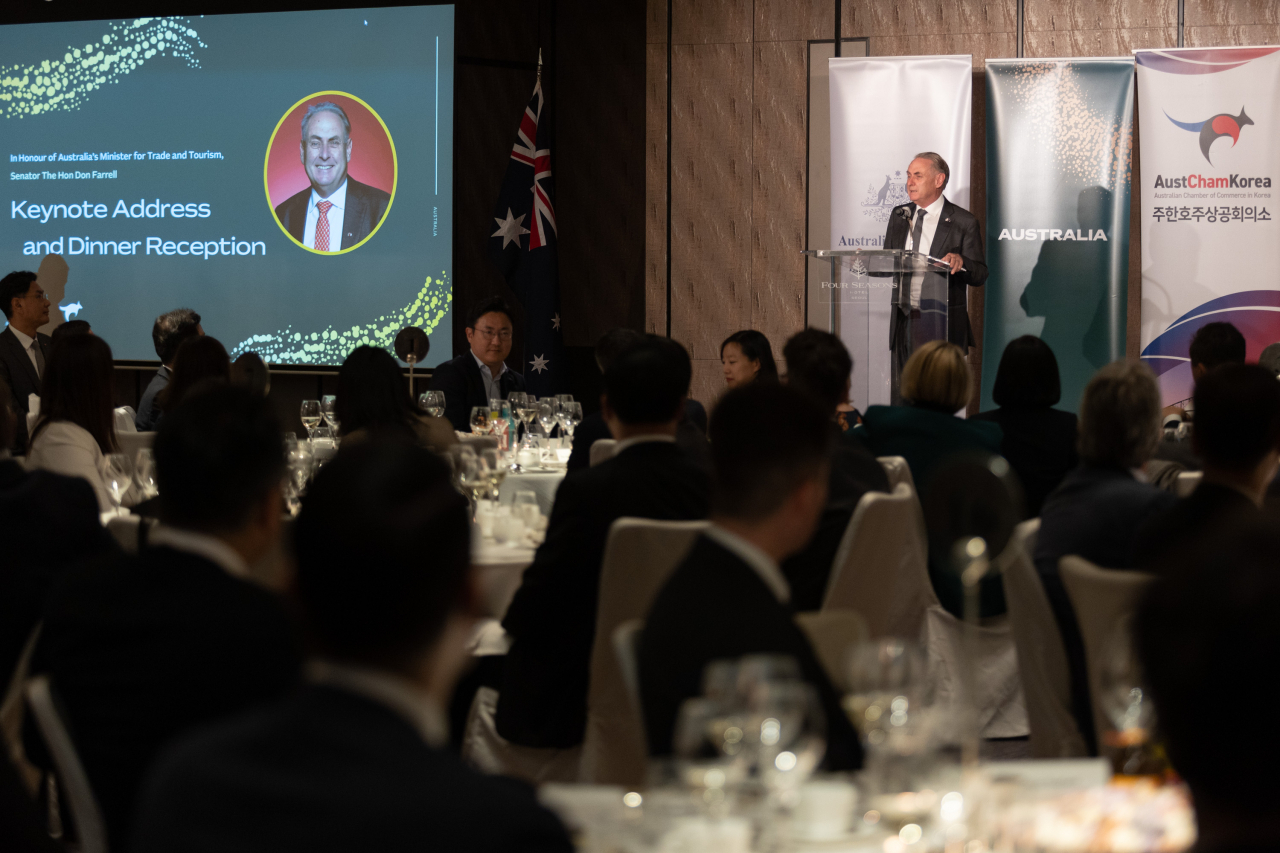 The Australian Chamber of Commerce in Korea said Thursday it has co-hosted a dinner reception for the visiting Australian Federal Minister for Trade and Tourism, Sen. Don Farrell at the Four Seasons Hotel Seoul on Wednesday.

The minister came after his visit to Japan, in a tour that the AustCham explained was a strategic move to engage with Australia’s key partners to strengthen trade ties, promote Australia as a renewable energy superpower and discuss cooperation on economic security.

Minister Farrell was joined by AustCham Chairman Ross Gregory and around 140 senior business and government representatives for the event also hosted by the Australian Embassy.

“I particularly want to highlight how Australia and Korea are natural partners in advancing our mutual economic security, while seizing the opportunities of the emerging green economy,” Farrell said.