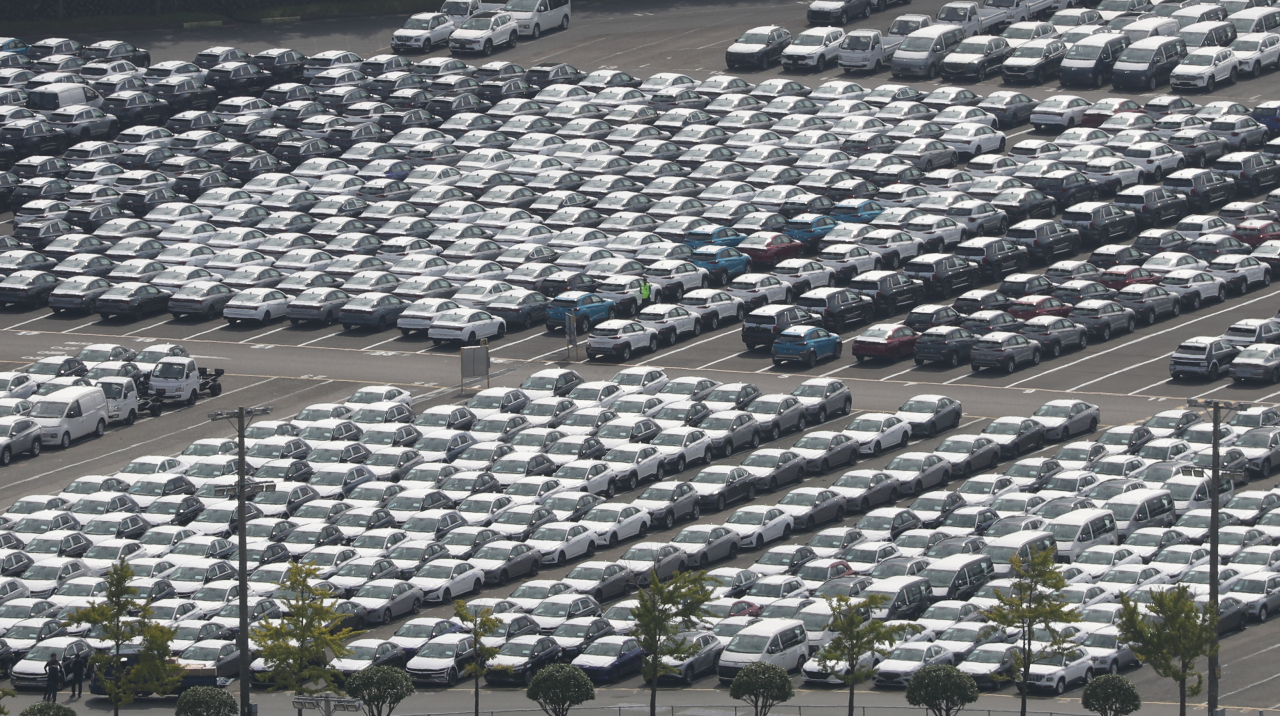 The value of outbound shipments of automobiles came to$4.79 billion last month, the largest ever for any September, according to the data from the Ministry of Trade, Industry and Energy.

It is also the second-largest monthly figure after July 2022 when the amount came to $5.14 billion, it added.

In terms of volume, a total of 192,863 vehicles were sold last month, up 27.5 percent from the previous year, the data showed.

By nation, exports to North America jumped 70.1 percent to $2.26 billion, and those to Asian nations surged 95.4 percent to $434 million. Sales in the Middle East and the Latin American nations rose 32.3 percent and 10.7 percent, respectively.

But exports to the European Union fell 4.4 percent on-year to $755 million amid deepening concerns over surging prices and an economic slowdown, according to the ministry.

The brisk sales were on the back of rising demand for eco-friendly vehicles.

It is also the second-largest monthly figure after July 2022 when the country sold $1.47 billion worth of eco-friendly vehicles, according to the data.

Eco-friendly cars accounted for 29.4 percent of the country’s total car exports in terms of value in August, according to the data.