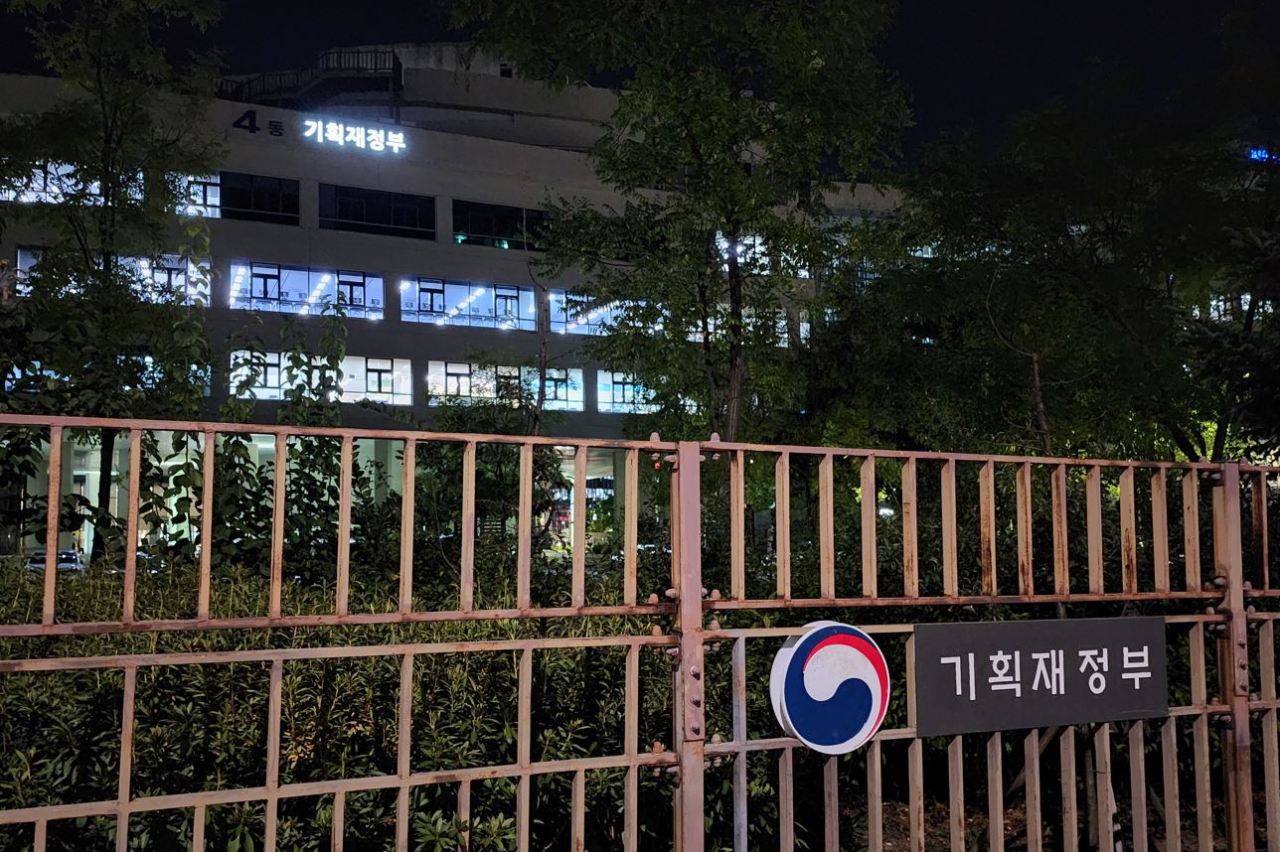 SEJONG — Financial policymakers on Thursday said banks’ foreign currency liquidity conditions remain stable, but raised concerns that the weak won against the US dollar could undermine the asset soundness of financial firms.

The remarks were made at a meeting with senior officials from the Finance Ministry, the Bank of Korea, the Financial Services Commission and the Financial Supervisory Service, which was held at the Korea Center for International Finance in Seoul.

At the meeting, First Vice Minister of Economy and Finance Bang Ki-sun said market uncertainty has expanded in the wake of external risks, stressing it is important to take preemptive measures against the risks via close collaboration.

In particular, the Finance Ministry said “participants discussed the possibility that local financial firms would face risks in (asset) soundness from extended volatility in (the won-dollar) exchange rates.”

Commercial banks have been in a favorable situation in foreign currency liquidity, despite the US Federal Reserve’s drastic benchmark interest rate hikes, participants said.

Nevertheless, in light of the high external risks, they decided to look closely into the conditions for banks in securing foreign currencies.

The won’s weakness could be attributable to the current situation that the base rate in the US outstrips Korea’s by 3-3.25 percent versus 3 percent per annum.

A year earlier, the US rate stayed at 0-0.25 percent while the benchmark rate in Korea posted 0.75 percent.

The Fed is widely expected to conduct another rate hike at the meeting of the Federal Open Market Committee, slated for Nov. 1-2. In Korea, the monetary policy board of the BOK will set the next interest level on Nov. 24.

The strong dollar has brought about continuous instability in consumer prices in the local market due to a spike in international raw material prices.

Meanwhile, research analysts as well as policymakers have downplayed the possibility that the overall banking sector will face critical risks like it had during the 1997 Asian currency crisis.

They pointed out that major currencies, such as the euro and the Japanese yen, also lost ground against the dollar this year.