Blind: App that has everyone in the workplace talking 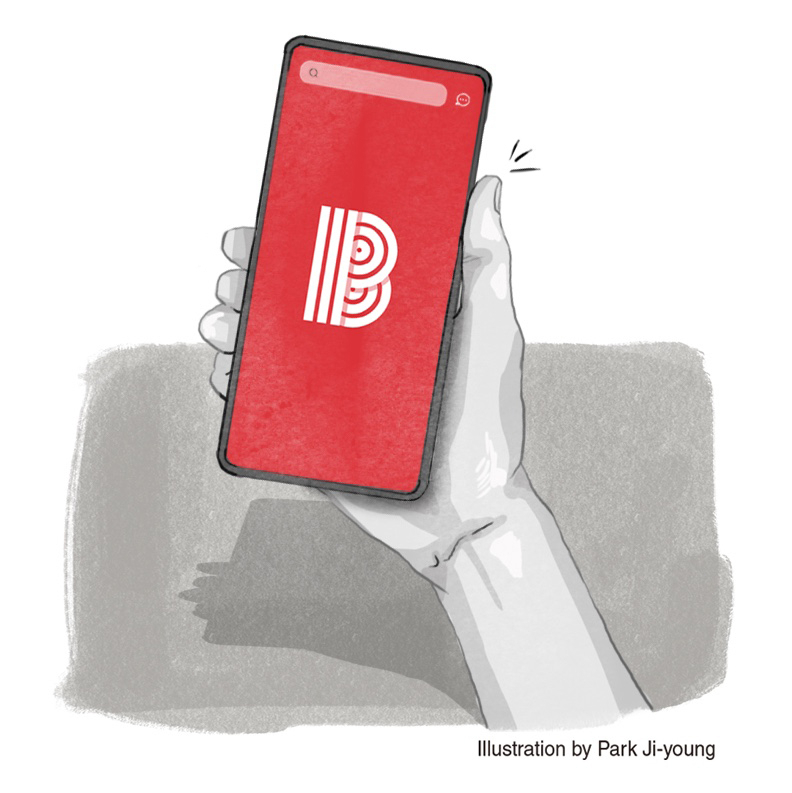 Blind, a workplace community app, has been a source of some of the biggest company news stories and viral social media posts globally.

They range from the Korean Air “nut rage” incident and the 2017 sexual harassment allegations at Uber to the controversy at US food delivery platform DoorDash over an initiative that requires all employees to make one food delivery every month, to name a few.

One of the latest corporate news stories to come out of the anonymous user-based platform for workers is how staff at a mobile and appliances unit at Samsung Electronics are not allowed to use their phones while walking for safety reasons.

“Do they actually check?” one Blind user asks in a recent post, to which another said, “Sometimes.”

Blind is headquartered in San Francisco, but it was a product borne out of Korean workers’ desire for anonymous communication from stifling hierarchy at the Korean office.

In 2013, two former colleagues at the country’s largest online platform Naver, Moon Sung-uk and Jung Young-joon, set up TeamBlind to launch the app. Moon now serves as the company’s CEO.

In a 2014 interview with a local daily news outlet, Moon said the idea of Blind came from the South Korean tech giant’s internal message board, where staff could communicate with each other anonymously.

But after complaints about the company began to surface, the message board was shut down, inspiring Moon to bring about a “fun change” by creating a third-party board.

The 2014 nut rage scandal at Korean Air helped propel Blind’s popularity among Korean workers. On the anonymous online space, employees expressed anger at how the heiress of the airline delayed a flight in New York over a packet of macadamia nuts not being served on a plate as she would have liked, leading to worldwide media coverage.

The following year, Blind hit the US market, betting that anonymity would work for American workers as well, despite the distinctly different workplace culture.

Making it in America

In June, a Tesla employee uploaded a screenshot of an automated email on the app notifying workers who had not been to the office for at least 16 days in the last month, showing the company’s strict return-to-office policies.

A survey conducted by Blind in May with some 1,000 verified Meta employees revealed how concerned some were with their company’s metaverse strategy, with 42 percent not understanding how Meta will earn revenue from the metaverse and not feeling confident that it would succeed.

These are some of the many examples that show how Blind became a wide-open window to the American workplace in recent years.

“Blind is a trusted community for transparency in the workplace, and we believe our focus on anonymity and transparency has helped us become popular worldwide,” said Chen.

“For example, money and mental health are taboo topics in many cultures, but people can freely discuss and seek help for these issues on Blind,” he added.

The platform said it seeks to break down “professional barriers and hierarchy.” It has been established as a safe space for professionals to talk about many workplace-related topics ranging from salaries and working conditions to workplace sexual harassment.

The hottest conversation on the platform right now is remote working.

“At the beginning of September, a lot of American companies recalled employees, canceling remote work from home. So Blind saw an increase in sign-ups because professionals and users wanted to know which companies were requiring their employees to come back to the office,” Chen said.

Some companies have reportedly blocked access to the platform on their corporate Wi-Fi network and verification emails, including Tesla and Uber. But each time, it only led to more engagement and sign-ups.

Around May 2019, the Blind community had more than 2,100 Tesla employees — roughly 5 percent of the total Tesla workforce. But the number of Tesla employees on Blind has doubled since 2019, as they have found a way to work around the ban with the help of Blind’s customer service, which verified each account manually.

On a roll globally

The company said the app’s popularity has grown “incredibly” over the last two years. Since the start of the COVID-19 pandemic in March 2020, its user base has jumped from some 3 million registered users worldwide to more than 7 million, as new users signed up in not just South Korea and the United States but also Canada, the United Kingdom, Ireland and Singapore.

In Korea, more than 8 in 10 white-collar professionals use Blind, including 90 percent or more of all employees at the top 1,400 companies in Korea including Samsung, Naver, Coupang, GS Group, Kakao, Korean Air, LG and Nexon, according to data provided to The Korea Herald.

Compared to other professional communities, Blind users tend to be “older and more experienced.” Over 4 out of 5 users worldwide are 25 years or older, with median work experience of eight years.

There is a difference between users in the US and South Korea, two of the largest markets for the app.

“In the US, the community is most popular among professionals in the tech, finance and management consulting industries, while it is more diverse in Korea. Notably, more than 200,000 users work in the public sector in Korea,” Chen said.

TeamBlind also launched dating app “Bleet” for Korean users in November 2020. As the name comes from the words “Blind” and “Meet,” the app is strictly for those who can prove they are office workers.

Its goal is to help find “people who are as great as themselves.”