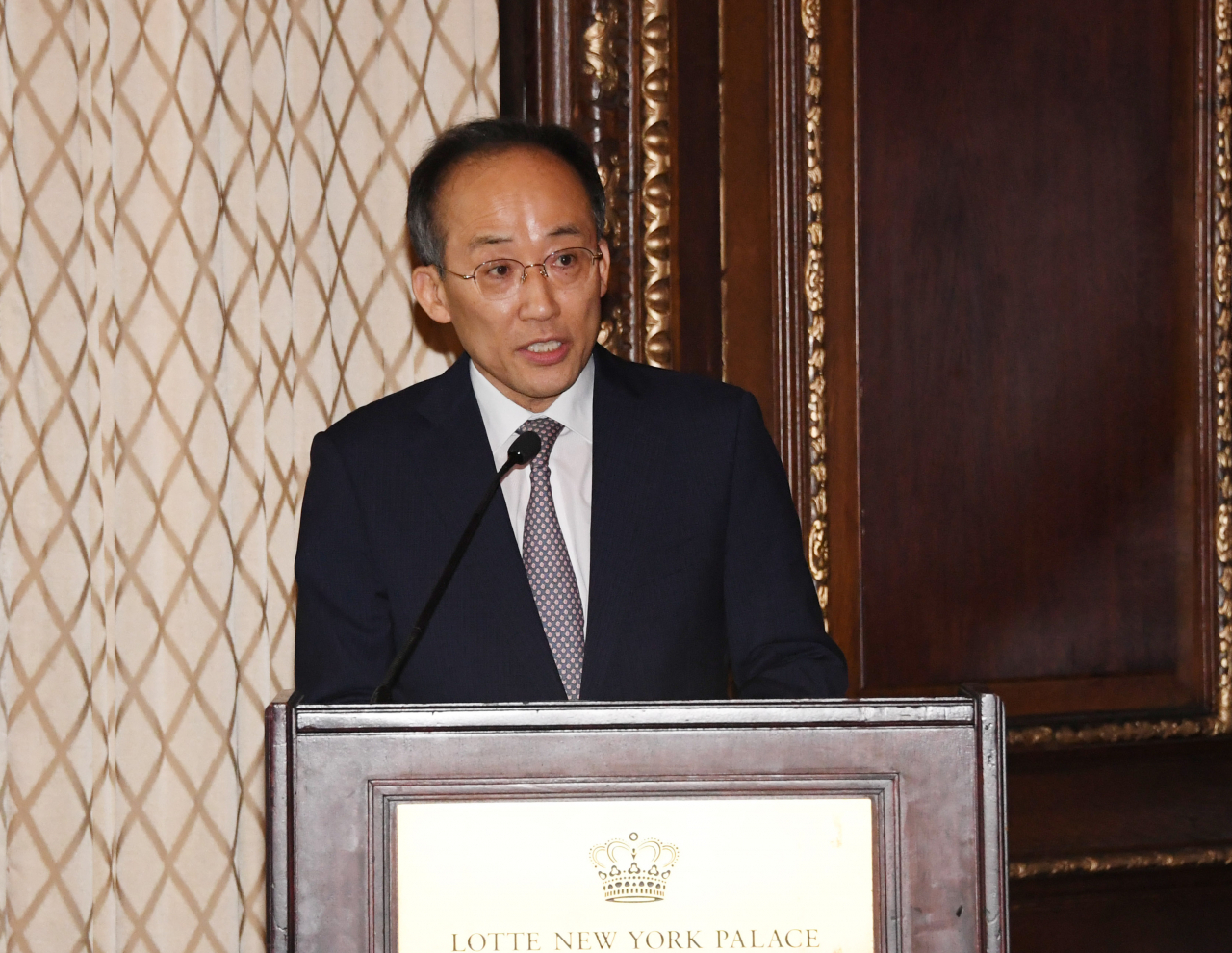 WASHINGTON/SEJONG — South Korea’s finance minister said Thursday the central bank’s decision to take another big-step rate hike was necessary to cope with inflation and the strong US dollar.

On the previous day, the Bank of Korea (BOK) raised the benchmark seven-day repo rate from 2.5 percent to 3 percent in line with efforts to bring inflation under control. It is the first time in about 10 years that the rate has risen to the 3 percent range.

“There are absolutely no differences in the point of view with the BOK,” Finance Minister Choo Kyung-ho told reporters during his trip to Washington for a Group of 20 (G-20) meeting of finance chiefs and central bankers. “We need to pay attention to vulnerable areas, but it does not mean we should not raise the rate.”

Wednesday’s rate increase marked the eighth rate hike — by a combined 2.5 percentage points — since August last year when the BOK began raising the borrowing cost that had stayed at a record low to shore up the pandemic-hit economy.

Choo added that the hike was necessary considering that South Korea needs to put its priority on coping with inflation, and that it will also help in dealing with volatility in the foreign exchange market.

“If we do not raise the rate despite the soaring exchange rate (of the Korean won against the greenback), the instability will linger,” Choo added.

The finance minister said that South Korea is expected to maintain on-year growth in the third quarter considering steady consumption, although the economy is expected to face more challenges in 2023. (Yonhap)