Exports down 20.2% during first 10 days of October 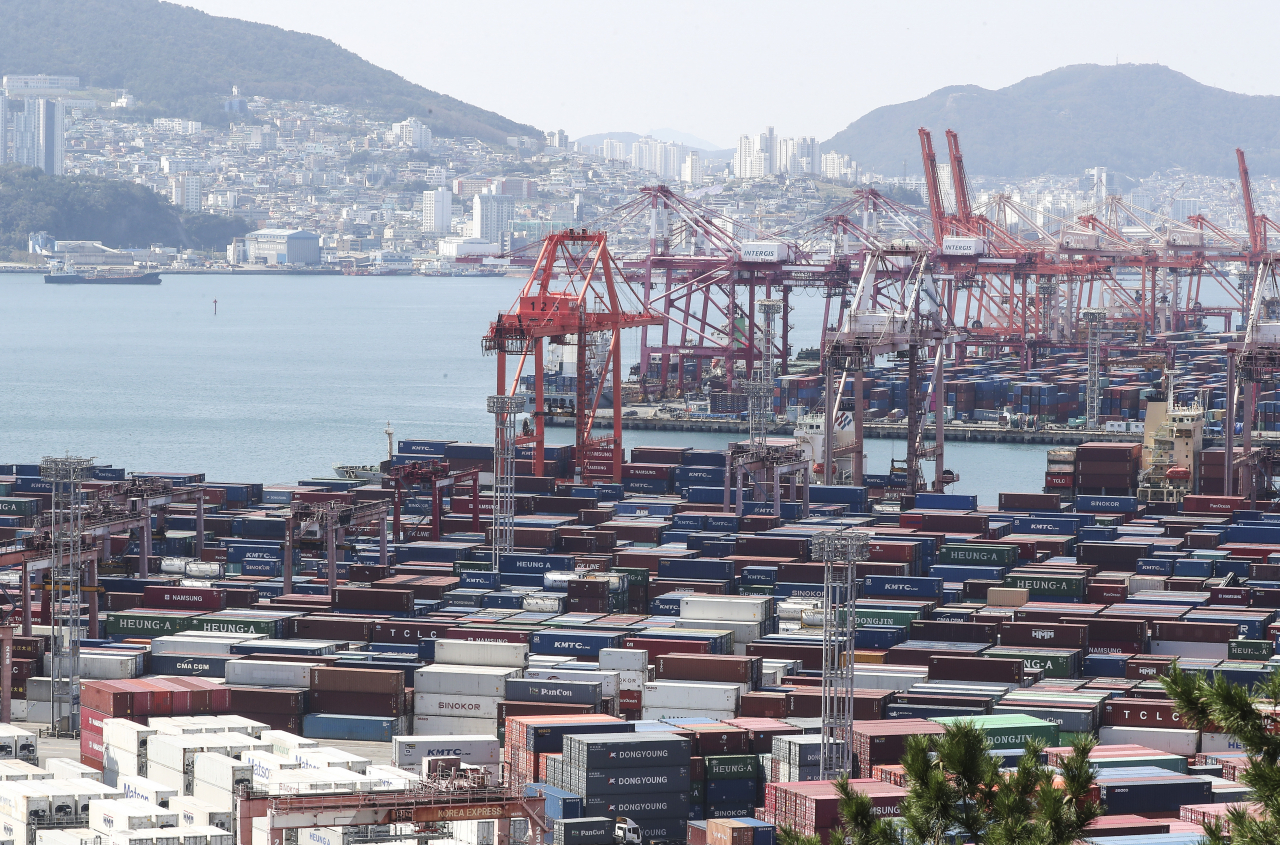 The country’s outbound shipments stood at $11.8 billion in the Oct. 1-10 period, compared with $14.8 billion a year earlier, according to the data from the Korea Customs Service.

Imports also went down 11.3 percent on-year to $15.6 billion during the cited period, resulting in a trade deficit of $3.8 billion.

The decline also came as the number of working days during the period came to five days, with the comparable figure for last year coming to 5.5 days.

By sector, outbound shipments of chips, the mainstay export product for Asia’s No. 4 economy, fell 20.6 percent on-year in the first 10 days of the month to reach $2.2 billion. Exports of petroleum products also lost 21.3 percent to $1 billion.

In contrast, South Korea’s exports of automobiles and ships gained 5.4 percent and 76.4 percent over the cited period to reach $945 million and $508 million, respectively.

By nation, exports to China, the largest trading partner, came to $2.9 billion, down 23.4 percent from a year earlier.

Shipments to the United States decreased 21.4 percent to $1.6 billion, though those to the European Union gained 11.1 percent to $1.42 billion. Exports to Vietnam and Japan slipped 11.9 percent and 35.5 percent, respectively.

South Korea’s combined exports this year through Monday came to $536.7 billion, up 11.2 percent from a year earlier. The trade deficit so far, meanwhile, reached $32.7 billion. (Yonhap)