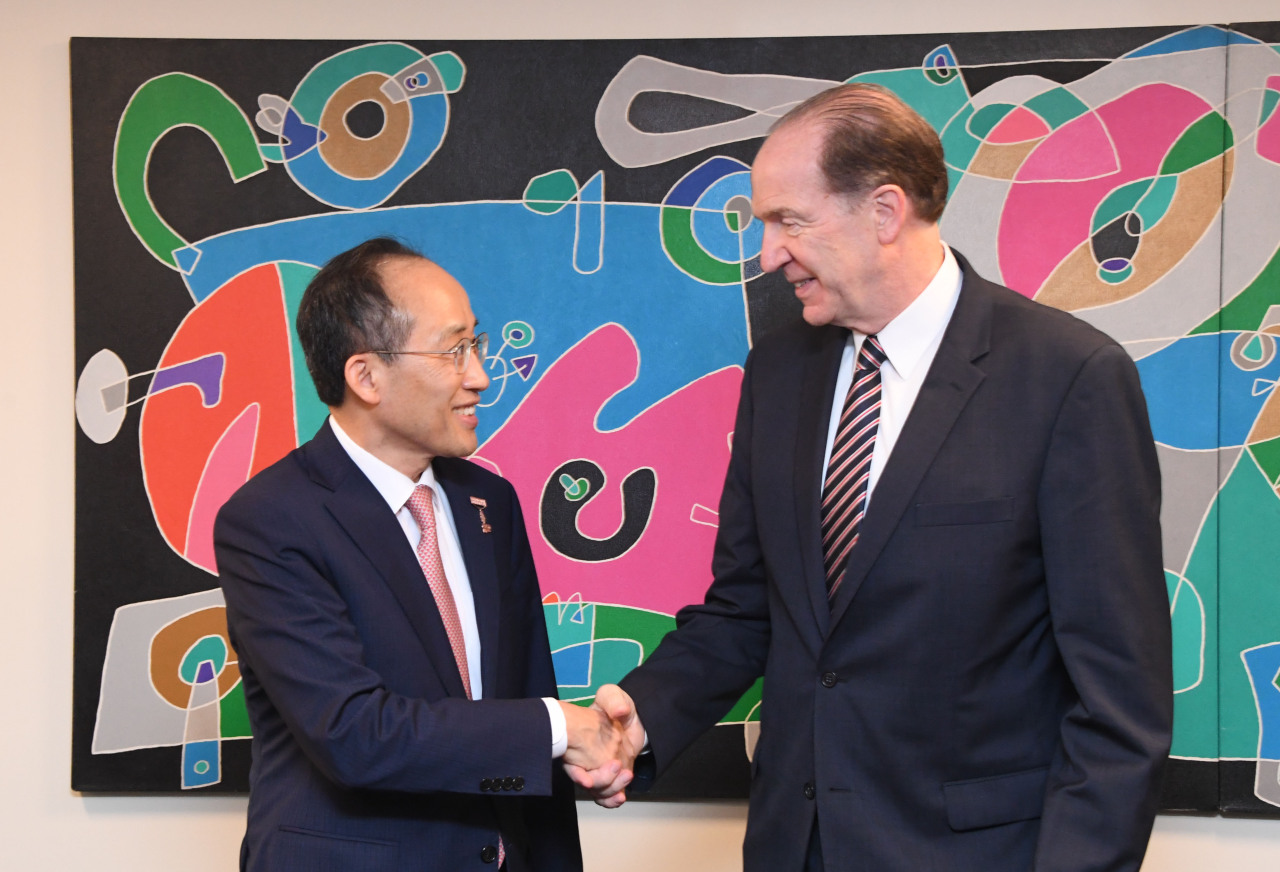 Choo invited Malpass to celebrate the 10th anniversary of the establishment of the WB regional office in Korea, which is slated for April 2023.

Asked about the opinion on the Korean economy amid simultaneous downside risks surrounding the globe, Malpass said the nation’s economic conditions have been “relatively in a good shape.”

The WB chief, calling Korea a significant partner, also expressed his gratitude for Korea’s participation in the 20th global funding to the International Development Association in December 2022 and continuous offering of trust funds to the IDA.

In his meeting with India’s Finance Minister Nirmala Sitharaman on the same day, Minister Choo suggested international policy coordination and enhancing the global supply chains as potential agendas for the next G-20 meeting. India is the chair for the 2023 gathering of G-20 members.

Choo also called on his Indian counterpart to expand bilateral cooperation on trade and supply chains through both the Comprehensive Economic Partnership Agreement and the Indo-Pacific Economic Framework.

He also asked Sitharaman to play a role in promoting Korean businesses making inroads into the Indian market in the digital, bio and renewable energy sectors. The Indian minister replied that she would welcome their advancement.

Choo is in the US to participate in the gathering of G-20 finance ministers and central bank governors to be held later this week.