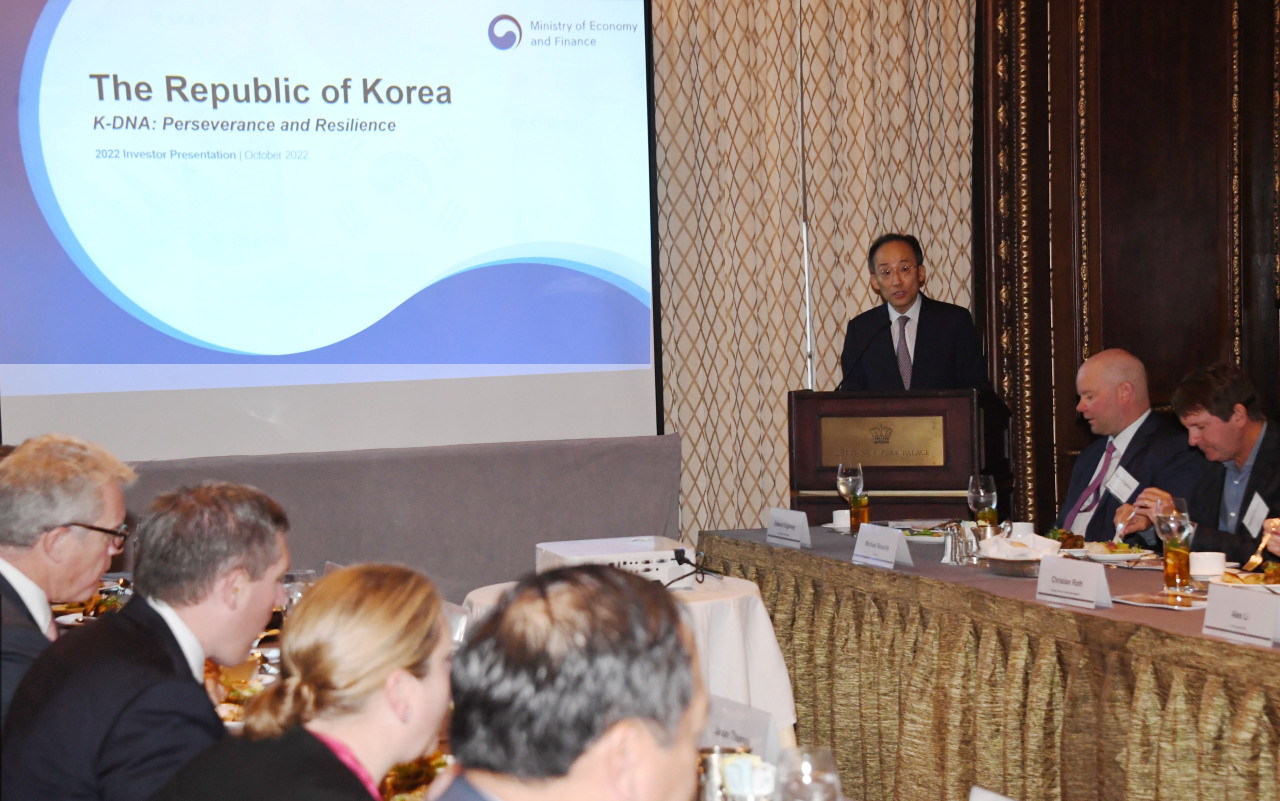 Saying that the policy is a part of the government’s effort to provide a foreign investor-friendly environment, the officials reiterated that Korea is mapping out details on the upcoming extension of the foreign exchange market’s opening hours for “gradual transformation to a 24-hour market.”

Among the speakers at the meeting in New York on Wednesday were Deputy Prime Minister and Finance Minister Choo Kyung-ho, who took on a question-and-answer session, and Assistant Vice Finance Minister Kim Seong-wook, who delivered a presentation.

In addition, the officials confirmed Choo’s earlier commitment to not spare any effort to become a regular member of the World Government Bond Index. Last month, London-based stock index provider FTSE Russell included Korea on the watch list for the WGBI as a prior step.

Regarding the country’s economic situation, Kim admitted that Korea is also exposed to downside risks, like other major economies.

But he said the nation’s current account remains in surplus despite the slowdown in the global economy. “A trade account decrease is a global phenomenon amid the economic downturn and rising energy prices,” he said.

He also stressed that the Korean won is not the only currency affected by an unprecedentedly strong dollar. Unlike the 1997 and 2008 financial crises, all major currencies — including the euro and yen — have depreciated during the recent turmoil, he noted.

Citing Korea’s global ranking in eighth place for foreign exchange reserves as of August, Kim said the nation “has an adequate buffer against unexpected shocks.”

The officials also commented on the nation’s record-high household debt, which could be a core factor restricting private consumption and the growth of gross domestic product.

In an attempt to downplay worries, they pointed out that household debt growth decelerated and debt asset quality remains under control.

Regarding Korea’s aging population, Choo and Kim unveiled a policy to promote active participation of women and seniors in economic activities.