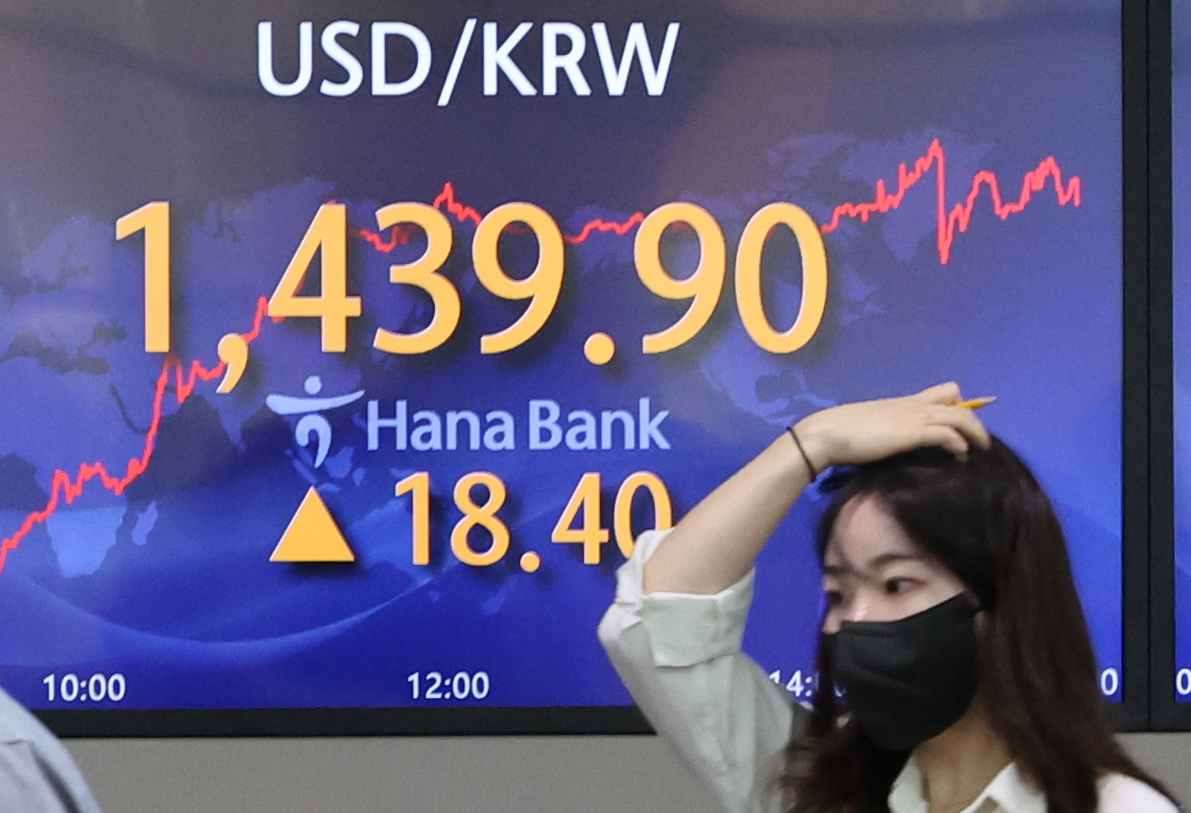 The Bank of Korea (BOK), however, dismissed worries that the country’s foreign reserves might not be sufficient enough to defend the won down the road and brace for a financial crisis.

The country’s foreign reserves had stood at $416.77 billion as of end-September, down $19.66 billion from the previous month, according to the data provided by the BOK.

This marked the fastest pace of an on-month decline since October 2008, when the reserves declined by the largest ever $27.42 billion in the midst of the financial crisis.

September’s decline came as South Korea is struggling with the won’s fast descent against the US dollar amid worries that aggressive monetary tightening in major countries could throw the global economy into a recession.

The won has depreciated around 16 percent against the dollar so far this year.

The BOK and the finance ministry have unloaded dollars to stem the won’s sharp slide with the government repeatedly warning of necessary action if herd behavior persists. The BOK, however, did not disclose data on dollar selling last month.

The foreign reserves decline was also attributed to a decline in converted value of non-dollar assets due to the dollar’s continued ascent, the BOK said.

Foreign securities, such as US Treasuries, had been valued at $379.41 billion as of end-September, down $15.53 billion from the previous month. It accounted for 91 percent of total foreign reserves.

The value of deposits also decreased $3.71 billion on-month in September to $14.19 billion, which made up 3.4 percent of the total.

South Korea had been ranked the world’s eighth-largest holder of foreign reserves as of the end of August, the BOK said.

The BOK assured that the country’s foreign reserves remain sufficient in dealing with financial instability, citing a large amount of its offshore assets and low ratio of short-term liabilities.

The official said that foreign reserves have decreased a monthly average of $4.77 billion in recent months, which is lower than a monthly fall of around $7-8 billion during the 2008 financial crisis.

“It is not quite appropriate to describe the current economic conditions as in a financial crisis,” he said. (Yonhap)