[From the scene] Ulsan vows green transition in 60th year 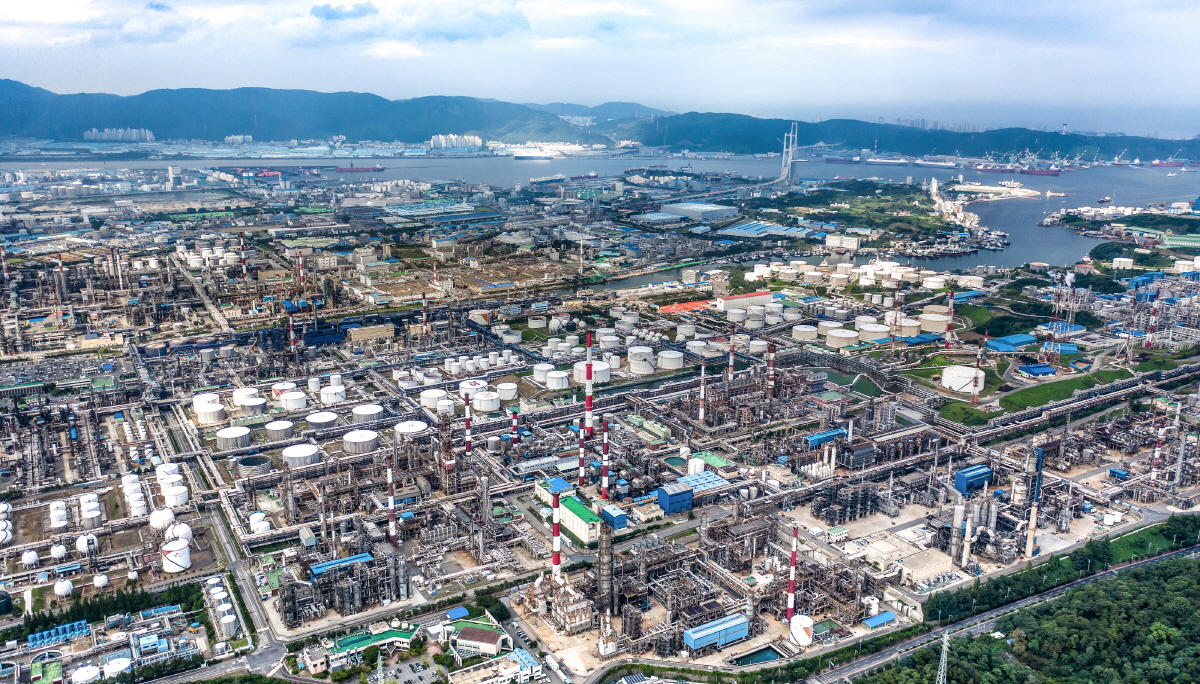 “Ulsan is now focusing on how it can diversify energy sources for the industrial complex,” said Noh Dong-wan, director-general of innovative industry bureau at Ulsan Metropolitan City.

Deep harbors, access to freshwater and ample land supply has allowed Ulsan to see a 30-fold rise in exports over the past 60 years since 1962. As of 2019, heavy industries in Ulsan raked in 83.8 trillion won ($58.8 billion) in combined revenue and hired some 58,800 employees in total, according to Statistics Korea.

But Ulsan’s image of being an export driver has given way to one of being a culprit of global warming.

Ulsan emitted 42.5 million metric tons of carbon dioxide-equivalent greenhouse gases in 2021. Data from the Industry Ministry indicated that the city of some 1.1 million population emitted 40 times more greenhouse gas than the nation’s most populous city of Seoul.

While the green transition is a seemingly tall order to the heavy industry powerhouse, the Ulsan Industrial District, which celebrates its 60th year, aims to go carbon-neutral by 2050.

To the city, a reduction of carbon emissions from the manufacturing process is increasingly becoming a matter of its main industry’s survival.

Ulsan and its heavy industry players are facing a set of upcoming global regulations such as a carbon border tariff imposed by the European Commission on goods made in lower environmental standards beginning in 2026.

To avert the border levy and other incurred costs of selling products with carbon emissions involved, Ulsan-based plants are now turning to energy sources that emit less carbon in their manufacturing processes.

For example, crude oil storages are now being used to store renewable energy resources such as ammonia as a hydrogen carrier, as well as liquefied natural gas, according to Noh.

In particular, crude refiner and petrochemical firm SK Innovation — which makes nearly 60 percent of all the chemical goods produced in Ulsan, produced and sold with some 3,100 employees — is looking to advance its technologies to capture, use and store carbon from its facilities, as well as to recycle waste plastic.

SK Innovation is an oil-to-chemical arm of South Korea’s second-largest business conglomerate by assets. The company, formerly known as Korea Oil Corp., was the first company to have built a facility in the Ulsan Industrial District, which has grown to a complex that houses over 650 companies on a 48 million-square-meter site. Korea Oil Corp. has been under the umbrella of SK Group since 1980.

Alongside the manufacturing process, heavy industries in Korea are now turning to products powered by, or carrying, renewable energy. For example, automotive firm Hyundai Motor in July announced a plan to build 150,000 electric vehicles a year beginning in as early as 2025, while shipbuilders in Ulsan are bagging trillion won orders to build LNG vessels.

“Ulsan is ready to give all-out financial support and technological development assistance to achieve an industrywide green transition,” Noh said.