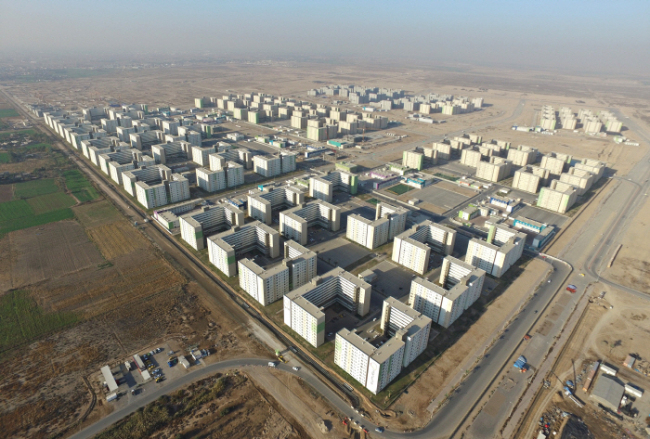 Hanwha Engineering and Construction will withdraw from the 14 trillion won ($10.1 billion) Bismayah New City construction project in Iraq as the Iraqi government has failed to make payment.

According to Hanwha E&C on Monday, its parent firm Hanwha Corp. informed the Iraq National Investment Commission last Friday it would revoke the contract due to the outstanding construction cost payment. The revocation comes into effect in three weeks.

In May 2012, the firm had won the development project for building 100,000 residential units and social infrastructure in an area of approximately 1,820 hectares in Bismayah, a city about 10 kilometers southeast of the capital Baghdad, by the end of 2027.

So far, Hanwha E&C has received $4.32 billion out of the $10.1 billion contract with a delayed payment of $629 million that the Iraqi government should have paid for the construction progressed so far.

“We have officially informed the Iraq National Investment Commission the revocation of contract to prevent further loss of our profit,” an official from Hanwha E&C said.

“We will collect as much outstanding payments as possible by exercising our contractual rights and dispute procedures. But as the Iraqi government is strongly willing to complete the project, there is a possibility in resuming construction after some negotiations.”

Around 45 percent of residential units and 29 percent of social infrastructure construction have been completed this June. Construction has been affected during the COVID-19 pandemic with bills unpaid, Hanwha said.