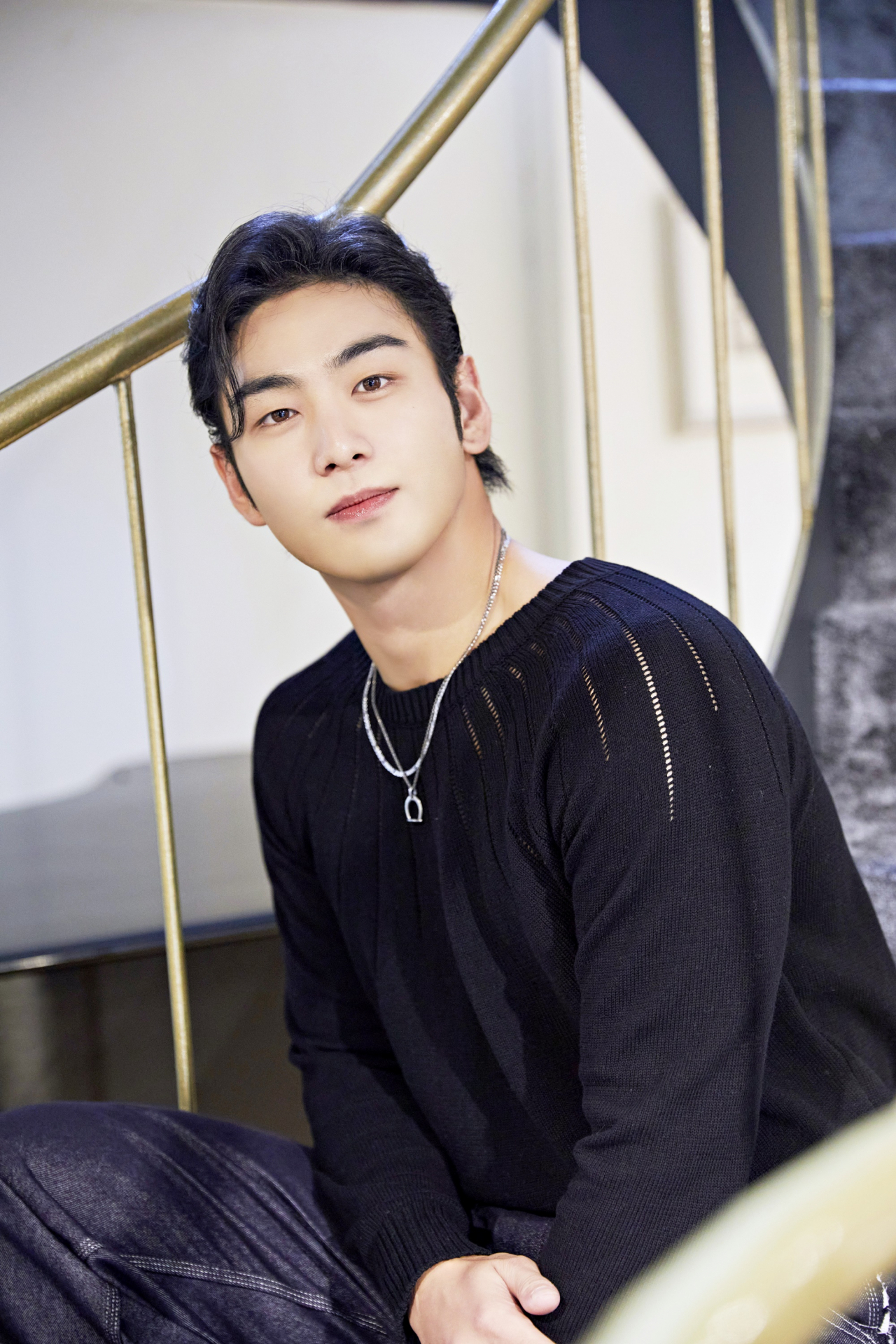 Physics considers absolute zero to be the lowest temperature possible. At this point, all particles inside a substance are motionless.

Baekho said he felt like he was in that state when he first started making his first solo album earlier this year, unconstrained yet unable to take the next step.

“When I first thought of making an album, I didn’t know what kind of song to write. It didn’t really hit me at first, and I felt kind of lost,” the singer said during an interview at a cafe in Seoul on Friday. “So the first step I took was discovering my preferences. I searched for what I liked and what I wanted to talk about through music.”

This led to “Absolute Zero,” his solo debut album.

The album is the first musical project from Baekho following the breakup of the group Nu’est in March.

Even with a decade of experience in music, the said he felt under pressure in releasing an album under his name alone.

“There was a pressure at first, and this led me to want to aspire higher. I wanted to make better music, perform more and just do better. Now, with the album complete and the result so satisfactory, I feel relaxed and comfortable,” Baekho said.

While many K-pop idols begin their solo careers with a single, Baekho’s first solo record is a six-track EP. He took part in the writing the music and lyrics of some of the songs, including “No Rules.”

According to Baekho, the album’s key theme is “temperature change.”

“The album expresses the change in feelings of love in a relationship to the temperature. It contains the processes at two people meet, love and break apart in the flow of the track list,” he said.

Serving as the album’s title track is “No Rules,” a song featuring addictive bass lines and rock sounds with the lyrics singing about reveling in the feeling of closeness with one’s lover. Baekho contribute to both the lyrics and the melody of this song.

“This song was produced from the start as the album’s main tune. I had a clear idea of what I wanted in my title track. There should be some amount of emphasis on the performance, but it had to satisfy those listeners who were hearing the song without looking at the performance. We were able to just jump straight into it,” Baekho said during the interview.

Baekho said he wanted to make songs that could satisfy both fans and general listeners who weren’t aware of him.

“While there are the details for my fans, I also wanted the songs to be an easy-listening playlist for people who were hearing me their first time,” he said.

Baekho said he wanted to pack the album with various sounds, and the album consists of various genres, from synth-pop to EDM and R&B. He went on to team up with new musicians to make the sound even more versatile. “We don’t care no more” is co-produced by June One of Glen Check, who also features his voice in the song, while the last track “Wanna Go Back (feat. Sik-K)” is featured by rapper Sik-k in the songwriting, lyrics-penning and the vocals.

“I thought about how I could deliver a big energy to the listeners without making big motions. That applied to the performances, and I also used my voices at a lower range of pitch compared to my usual level,” Baekho said.

Baekho said he has come to spend more time working on writing melodies and penning lyrics. To upgrade his talents, he listens to as much new music as he could, regardless of the genre or the musician, updating his playlist with songs that catch his ears. 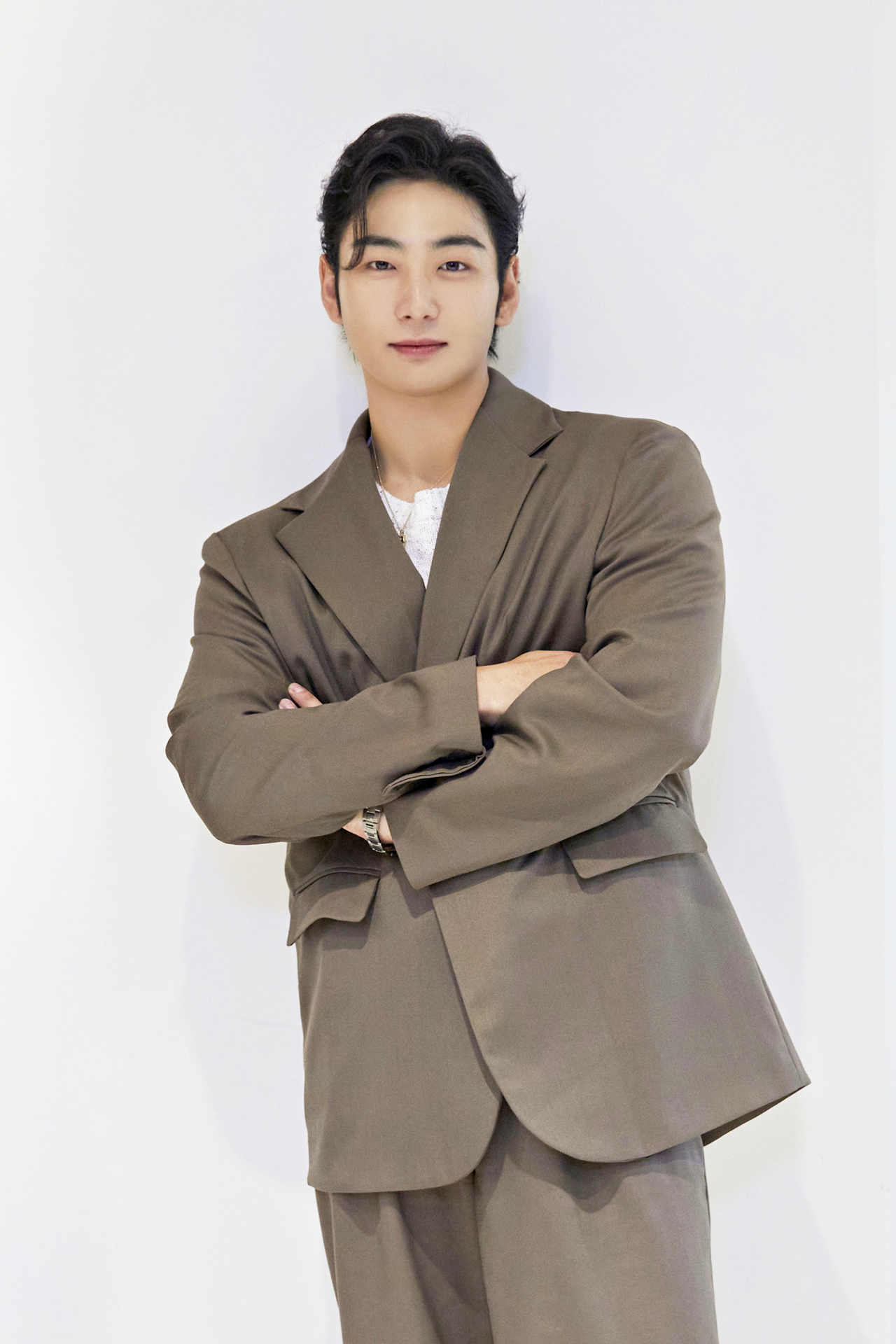 Baekho, real name Kang Dong-ho, set his first foot into the K-pop scene as a member of five-piece boy band Nu’est in 2012. After 11 years of steady career, the band announced an official end this March. Baekho and Minhyun renewed their contract with Pledis Entertainment, while the other three members, Aron, JR and Ren, left the agency.

According to Baekho, Nu’est is just Nu’est to him, not family nor friends as some may expect.

“We’re sometimes even closer than family members, but we’re not exactly like friends. We’re like friends at times, but we used to be colleagues as well. Our relationship is undefinable by just one word. The members are bandmates to me,” he said.

The members had had a video chat just two days ago thanks to Aron who called them up, plainly drunk, at the middle of the night.

“We’re now just people rooting for each other and wishing each other the best out of a genuine heart,” Baekho said.

He said he had spent the last 11 years of his career moving forward step by step, doing what was given and what he felt he had to do, and the solo album was what he felt was the next step he had to take.

“I feel like everything can be an opportunity, and I’m up to doing anything I can. I’m very open for new challenges,” Baekho said.