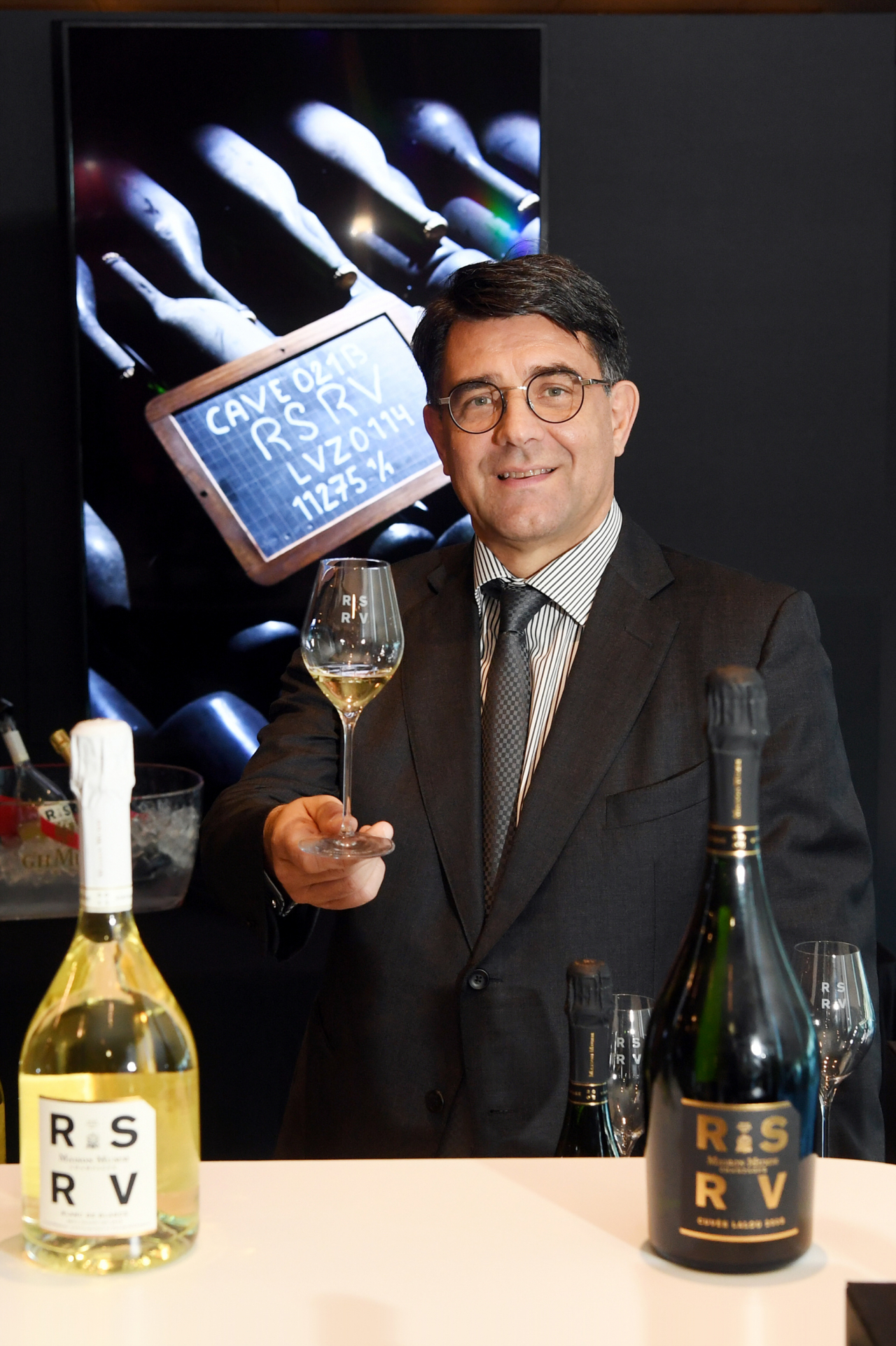 “During at-home drinking occasions with a small group of people, you don’t have the social pressure of picking alcohol that is suitable for the moment. It was very interesting to see how people switch from drinking soju and beer — the rule you must follow when you’re in a bar or a restaurant — to choosing what you actually enjoy,” said Frantz Hotton, CEO of Pernod Ricard Korea, during a recent interview with The Korea Herald.

“Five years ago, wine was either white or red, French or Australian in Korea. The number of educated and sophisticated consumers, who are willing to enjoy pretty expensive wines, has grown rapidly. The ability to enjoy and pay (for luxury wines) is finally here.”

Consumers have become more educated thanks to experts like sommeliers, who act as gatekeepers to the wine market, Hotton added. Based on their years of expertise, they have taught consumers the difference between the wine brands and wine making.

The RSRV’s label is folded, following a tradition where the winery has hand-picked and marked the best wines in its vineyards by folding the upper corner of the label for distinguished guests.

Three new RSRV wine collections — Cuvee 4.5, Cuvee Blanc de Blancs 2015 and Cuvee Lalou 2008 — are made with Grand Cru grapes produced at a vineyard that holds the ranking of the highest wine classification of French wine.

RSRV Cuvee 4.5 is a premium nonvintage Champagne with grapes from five different villages in France. It blends high-end pinot noir and chardonnay and ages them for four years. The Champagne leaves a floral aftertaste with vanilla and mocha aromas.

RSRV Cuvee Blanc de Blancs 2015 is a vintage wine that uses 100 percent premium chardonnay grapes from Cramant, France with more than three years of aging. Applying less pressure than other Champagnes, it offers demi mousse — a moderate amount of bubbles — rarely found in ordinary Champagnes, which have excessive bubbles that sometimes obscure the taste.

RSRV Cuvee Lalou 2008 is the most sophisticated Champagne from this collection. Aged 10 years, it blends Grand Cru grapes from seven of the finest vineyard plots of Maison Mumm in 2008. Since the best grapes selected by winemakers are usually different every year, consumers can enjoy a wide variety of tastes of style each year, according to Hotton.

Driven by younger generations’ enthusiasm for wine and other sophisticated alcohol options, Hotton said South Korea’s wine market will continue to grow. “Usually, there is a perfect correlation between the development of wine and single malt whiskies. Since Korea has an expanding single malt market, it has a strong demand for wine education classes and interest in wine.”

The burgeoning fine dining trend here is also pushing consumers to enhance the experience by pairing the food with refined drinks, including wine, Hotton added.