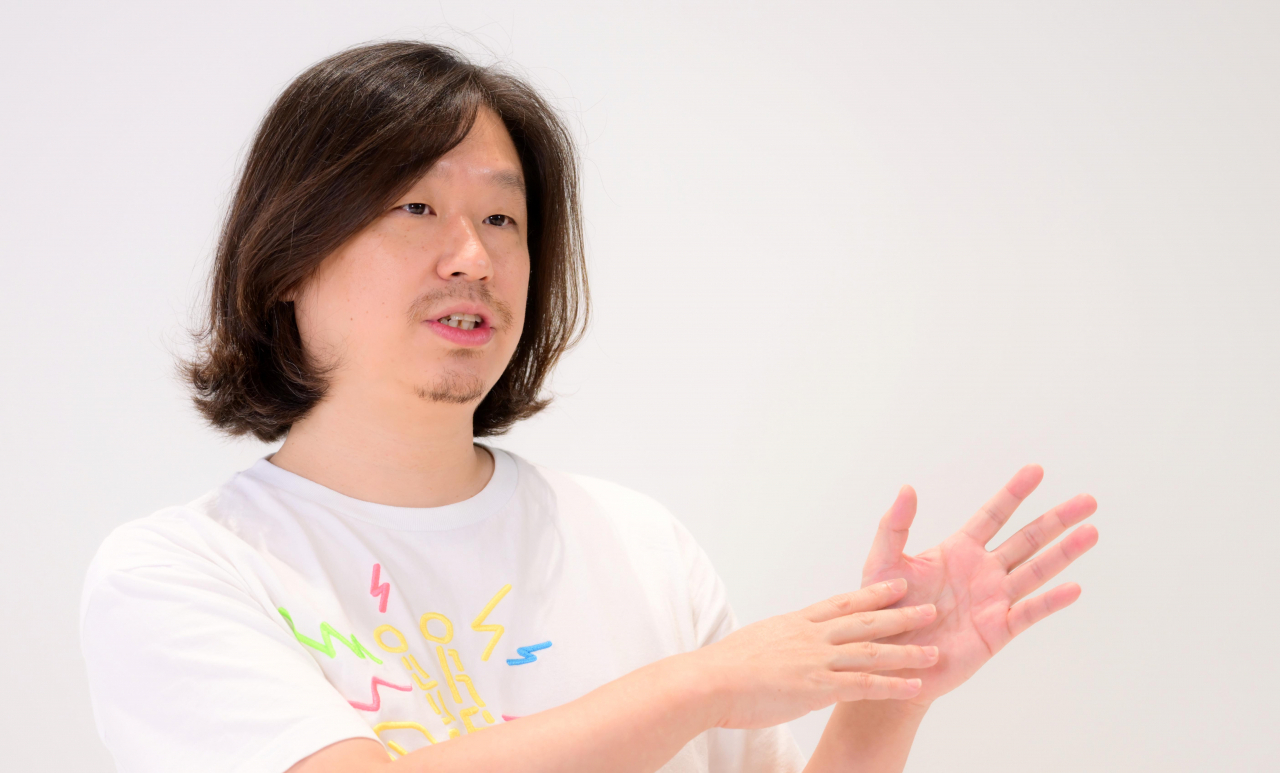 Like many global firms, South Korean robot maker Rainbow Robotics was established in 2011 at a research laboratory.

Starting out as a robot platform company founded by a group of researchers from the Humanoid Robot Research Center at the Korea Advanced Institute of Science and Technology, the company now boasts a versatile lineup of collaborative robots, which are built to work hand-in-hand with employees at work. Such robots focus more on repetitive tasks, such as inspecting and picking things up, allowing workers to focus more on tasks that require problem-solving skills. Its robots are categorized based on the weight it can hold and different arm reach capabilities.

In the near future, these machines will be applied to various sectors beyond the manufacturing and service industries, according to Rainbow Robotics CEO Lee Jung-ho.

“A robot can be considered a service platform, since a robot arm can be put to use in various projects,” Lee said in an interview with The Korea Herald.

A robot service platform is the use of robot arms in various sectors, Lee said. He stressed that using robot arms is basically feasible for all repetitive tasks, based on a single core purpose: supporting humans.

“And the field for the application of robots will expand even further,” Lee said.

Under such a vision, Rainbow Robotics joined hands with chicken robot provider Atnook through a 1 billion won deal to enter the global food technology market by providing D-Deck, a robot arm that fries chickens, in five countries including the US, France, Canada, Singapore and Australia.

According to Lee, his company is determined to create high quality, cost-effective collaboration robots so that small- and mid-sized companies — not just conglomerates — can use robot arm technology to their benefit.

“The robot industry currently puts limitations on small firms in purchasing robots, mostly in terms of the price. I believe only technology can solve such a problem,” Lee said. An average industrial robot costs 20 million won, while a humanoid robot costs at least 400 to 500 million won.

“I’m sure that robots will continue to assist humans in doing mundane, repetitive tasks, something that people refuse and avoid doing, making zero mistakes at the same time,” he added.

Lee noted that a lack of social acceptance of robots is another hurdle for them to be incorporated into people’s everyday lives. He noted as an example that public perception of autonomous cars as dangerous makes people less open to trying them, and thus negatively impact that industry’s growth.

In April, Naver opened its new headquarters adopting AI, cloud and robot technologies. It includes elevators and hallways to be used exclusively by robots, as well as multiple robot charging stations.

For Lee, Rainbow Robotics aims to become an all-around robotics company, manufacturing various types of collaborative robots comprised of locally made components and technology, amid an influx of Chinese-made robots.

“We are launching a mobile robot running on four wheels in the next year, and we will be prepared day by day to see opportunities in the fast-growing market,” Lee said.