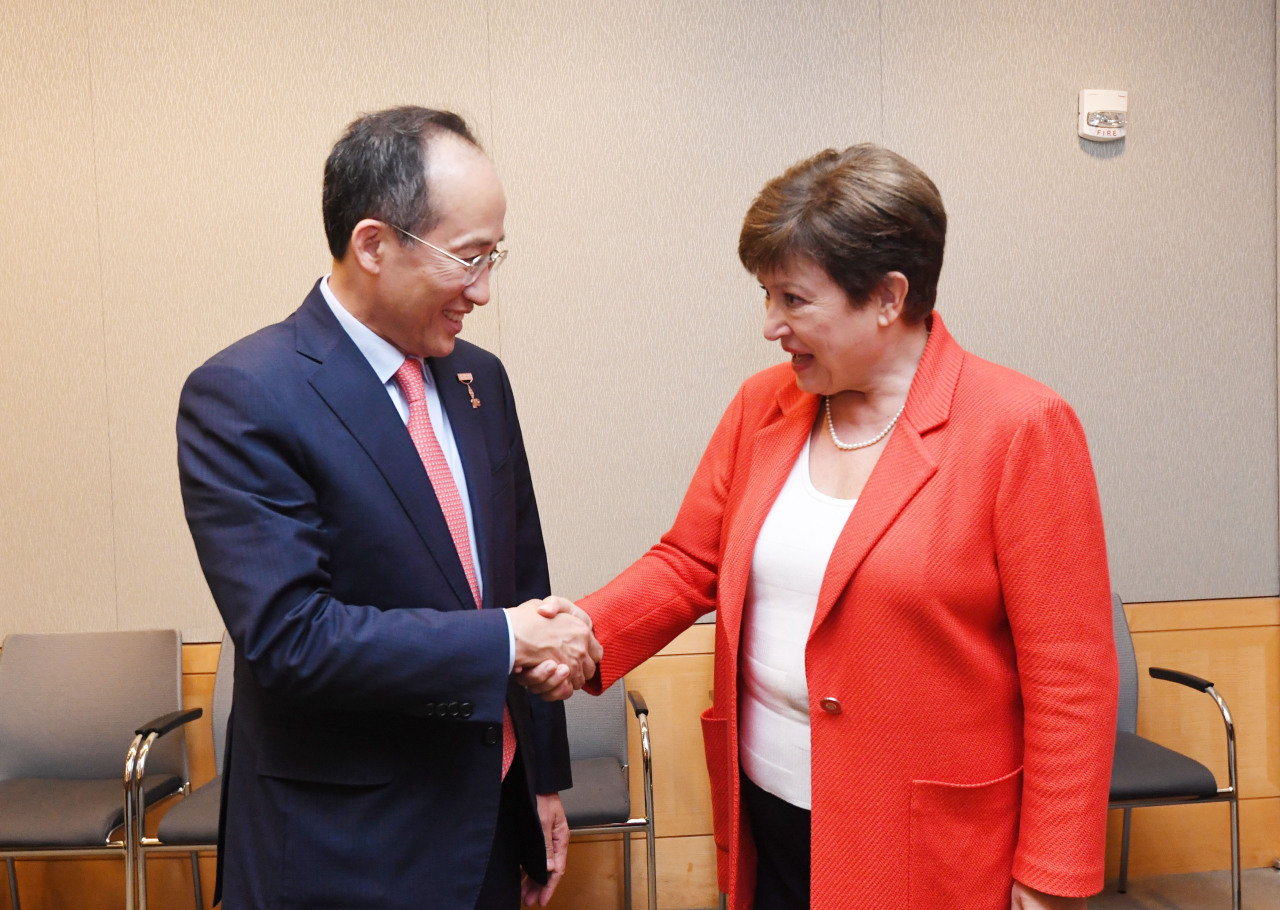 SEJONG — The chief of the International Monetary Fund on Friday dismissed the possibility that South Korea would face a financial crisis, seemingly suggesting that the current economic situation of the nation is different from the 1997 or 2008 crises.

According to the Ministry of Economy and Finance, the remarks of IMF Managing Director Kristalina Georgieva came during a meeting with Korea’s Deputy Prime Minister and Finance Minister Choo Kyung-ho in Washington.

Georgieva picked the nation’s strong fundamentals and a high level in international creditworthiness for factors backing up her downplaying the possibility.

The IMF chief also stressed the importance of credibility in policies, advising that both the Finance Ministry and the Bank of Korea closely communicate with the market.

On the same day, Minister Choo called for US Treasury Secretary Janet Yellen to continue to pay attention to the Inflation Reduction Act in terms of further talks to resolve conflicts in the global electric vehicle industry.

Korea and some other nations are demanding a revision of the law, saying that the provision on tax benefits for EVs in the IRA discriminates against vehicles assembled outside the US.

Minister Choo, who participated in the gathering of finance ministers and central bank governors of G-20 member nations, is also poised to meet with executives from global credit rating firms later this week.