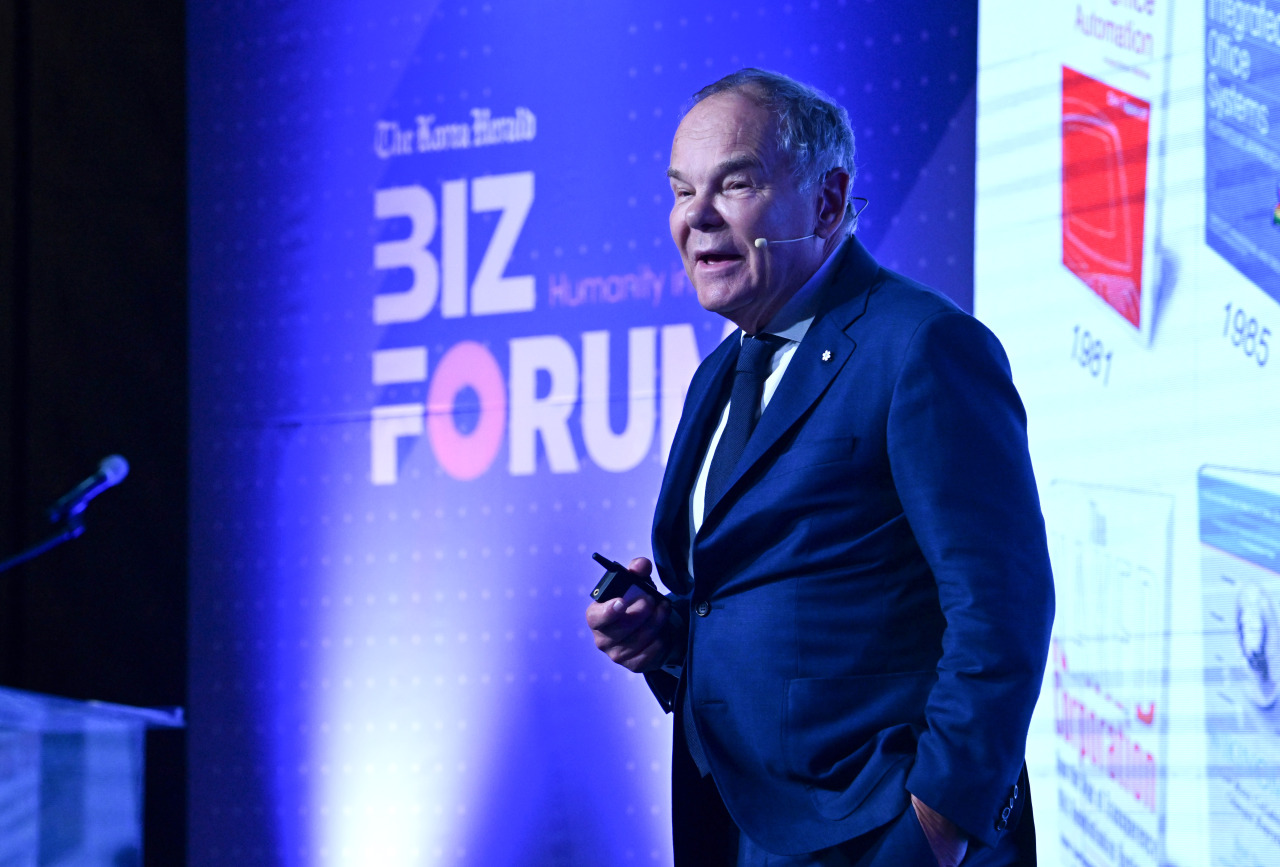 Humanity is entering a second era of the digital age, with the rise of new technologies such as blockchain and the virtual world. In its transition, new leaders will emerge, which could include South Korea, renowned tech visionary Don Tapscott said.

“There’s no reason why one of the global centers can’t be Korea,” Tapscott, the executive chairman of Toronto-based Blockchain Research Institute, said Wednesday in Seoul pointing to this Asian country’s strength in related technologies.

Speaking in front of over 300 participants of The Korea Herald Biz Forum 2022 held at the Four Seasons Hotel Seoul, Tapscott pointed to a global race currently under way among economies.

“While the first age of the digital technology was based in Silicon Valley in the US, China which is investing billions of dollars in building the next-level blockchain ecosystem is expected to be a key player in the second era.”

“With blockchain and web 3.0, the second era can create a great sector, job prosperity and so on. But it’s a lot more than a sector — it’s a foundation for a whole economy and there’s big opportunity here,” Tapscott continued.

Some key technologies of the new era are the virtual world and the metaverse, in which Asia’s fourth-largest economy is a leader, he noted.

But Tapscott stressed that blockchain itself can be defined as the second era of the internet, with its transformative and fundamental impact on everything from businesses to politics.

Explaining who blockchain could reshape the old order, the author of bestseller “Blockchain Revolution” stuck by his earlier analogy made in 2018, comparing blockchain to a chicken nugget, which was discussed by US comedian John Oliver on the HBO talk show “Last Week Tonight” at the time.

“It’s an analogy of why blockchain is so secure – something that’s highly processed,” he explained at Wednesday’s forum.

It could change the government’s ability to collect and manage taxes as well as the voting system, he explained. Voters could vote for not politicians, but for their campaign pledges, as their vows would be stored in a high-security blockchain network, he said.