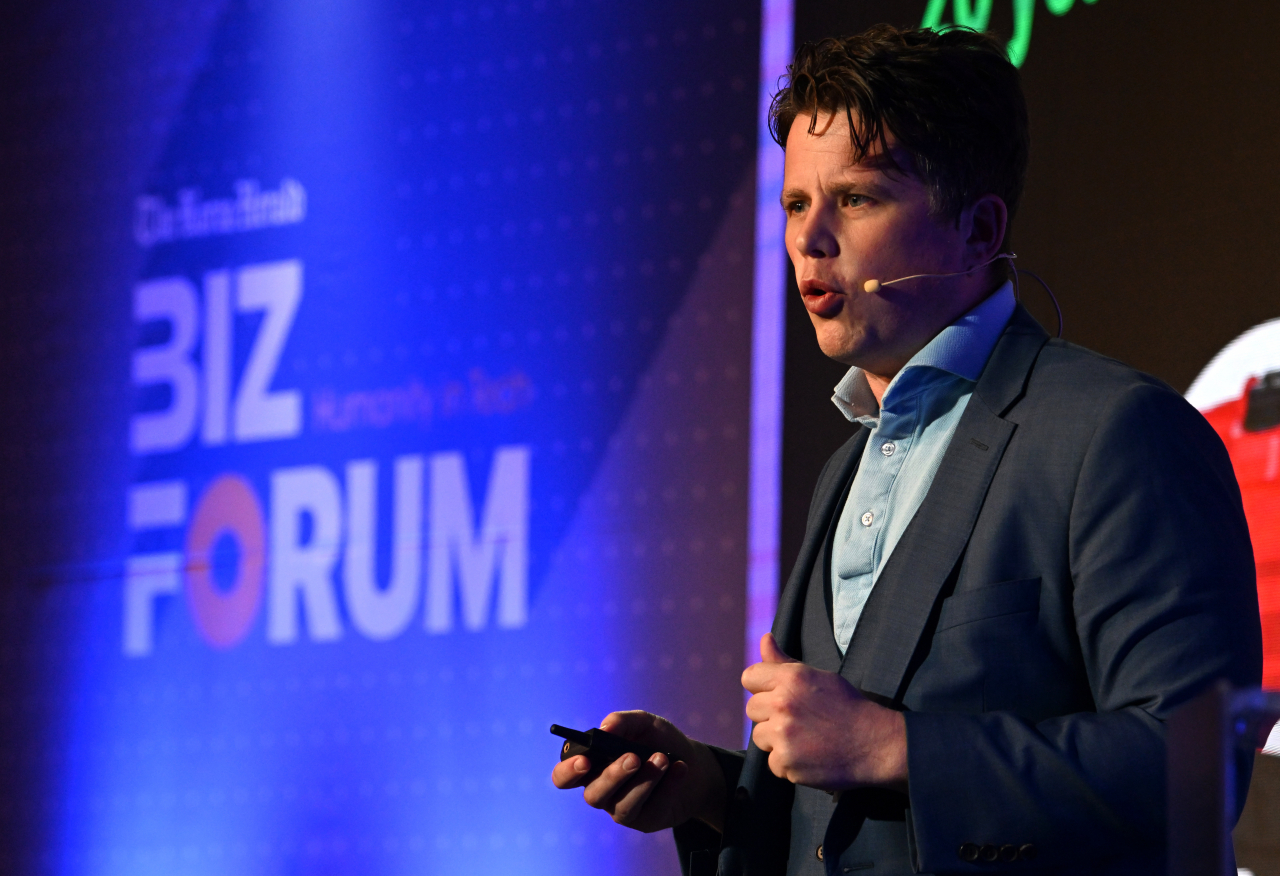 The future of the metaverse will include telepathy, predicting the future and hyper learning, Ethereum Foundation founding member and CEO of the metaverse-building platform MetaMetaverse Joel Dietz said Wednesday at the Korea Herald Biz Forum held at the Four Seasons Hotel Seoul.

“I am going to make some bold claims,” Dietz said as he introduced three of his futurist visions of the metaverse.

Dietz said that as the metaverse becomes more prevalent, people will begin to shift toward a new form of communication, a “real time collectivity.” People will be able to communicate directly with others who are far, in a way that Dietz called almost “telepathic.”

With the incorporation of artificial intelligence, the future metaverse will effectively be able to “predict the future.” Metaverse users will obtain “predictive power because of data,” Dietz added.

Lastly, Dietz predicted that users will be able to expand their learning through the metaverse. By collaborating with those far away, distance will no longer act as a barrier to study, the MetaMetaverse CEO said.

“The MetaMetaverse (research) team is currently delving into multiple use cases, and research for a metaverse builder and platform to aid the world of XR now, and in the future,” said Dietz.

Metaverse technology has been developing steadily for the past two decades, expanding from interactive games to include non-fungible tokens, artificial reality, virtual reality, and extended reality technologies, explained Dietz.

Dietz is a serial entrepreneur who has been at the forefront of several future technology trends including blockchain, tokenization, AR/VR and AI art.