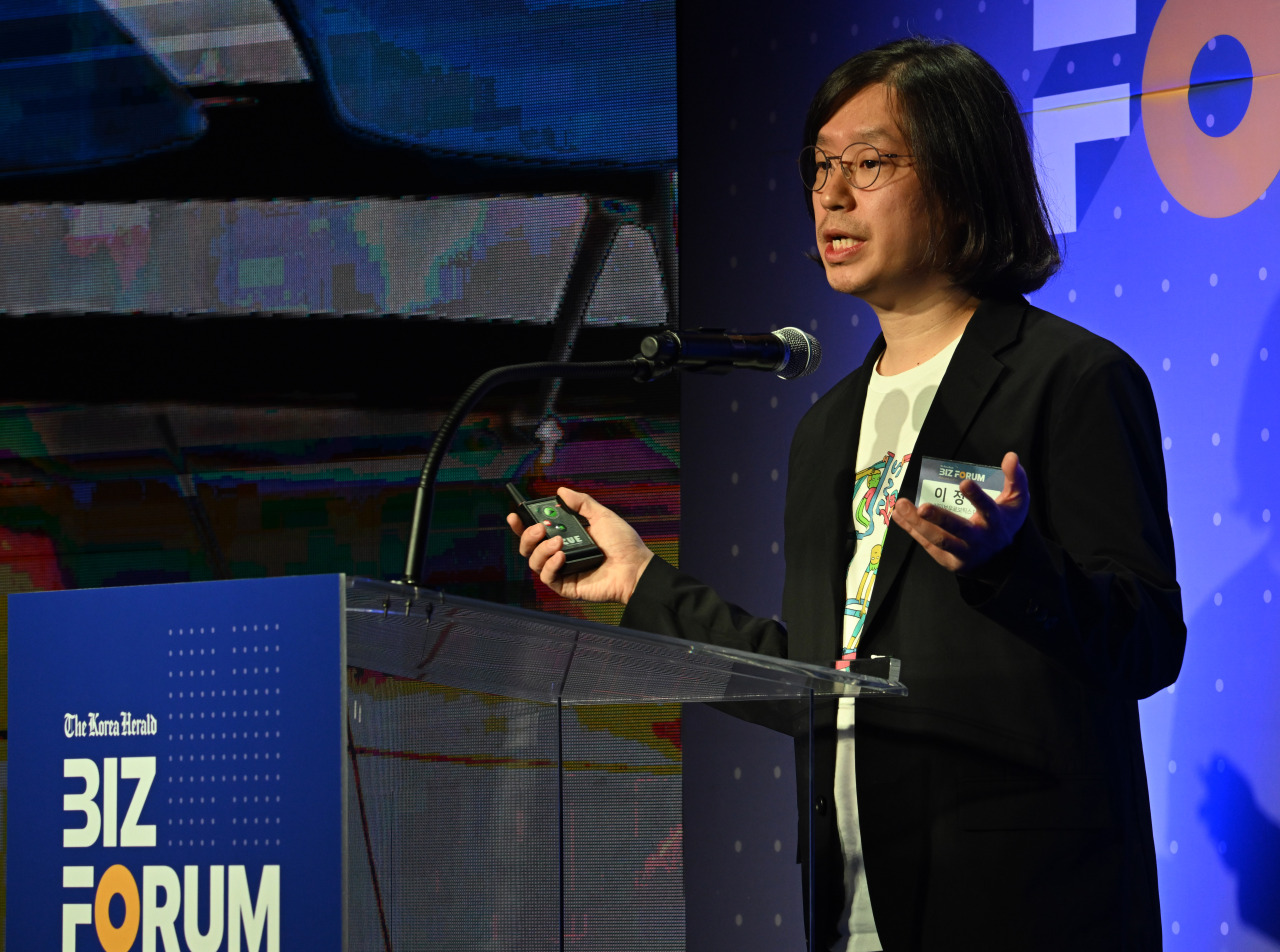 In the near future, these machines will be applied to various sectors beyond the manufacturing and service industries, according to Rainbow Robotics CEO Lee Jung-ho, who spoke at The Korea Herald Biz Forum held at Four Seasons Hotel, Wednesday.

Showcasing the company’s four-legged robot dog to the audience, Lee said that such machine can be built for various purposes, such as a defense robot designed for security fence patroling.

Rainbow Robotics, a South Korean robot maker born at Humanoid Robot Research Center at the Korea Advanced Institute of Science and Technology, boasts a versatile lineup of collaborative robots, which are built to work hand-in-hand with employees at work. Such robots focus more on repetitive tasks, such as inspecting and picking things up, allowing workers to focus more on tasks that require problem-solving skills. Its robots are categorized based on the weight it can hold and different arm reach capabilities.

To deal with an aging workforce, Lee said these machines will meet the increasing demand for work support. And the workplace is just one example of an arena where “a group of diverse robots” will provide help, he said.

Through the application of robots in everyday lives, Lee said he hopes to make his company becomes an all-around robotics company, manufacturing various types of collaborative robots comprised of locally-made components and technology, amid an influx of Chinese-made robots.

“We are launching a mobile robot running on four wheels in the next year, and we will be prepared day by day to see opportunities in the fast-growing market,” Lee said.