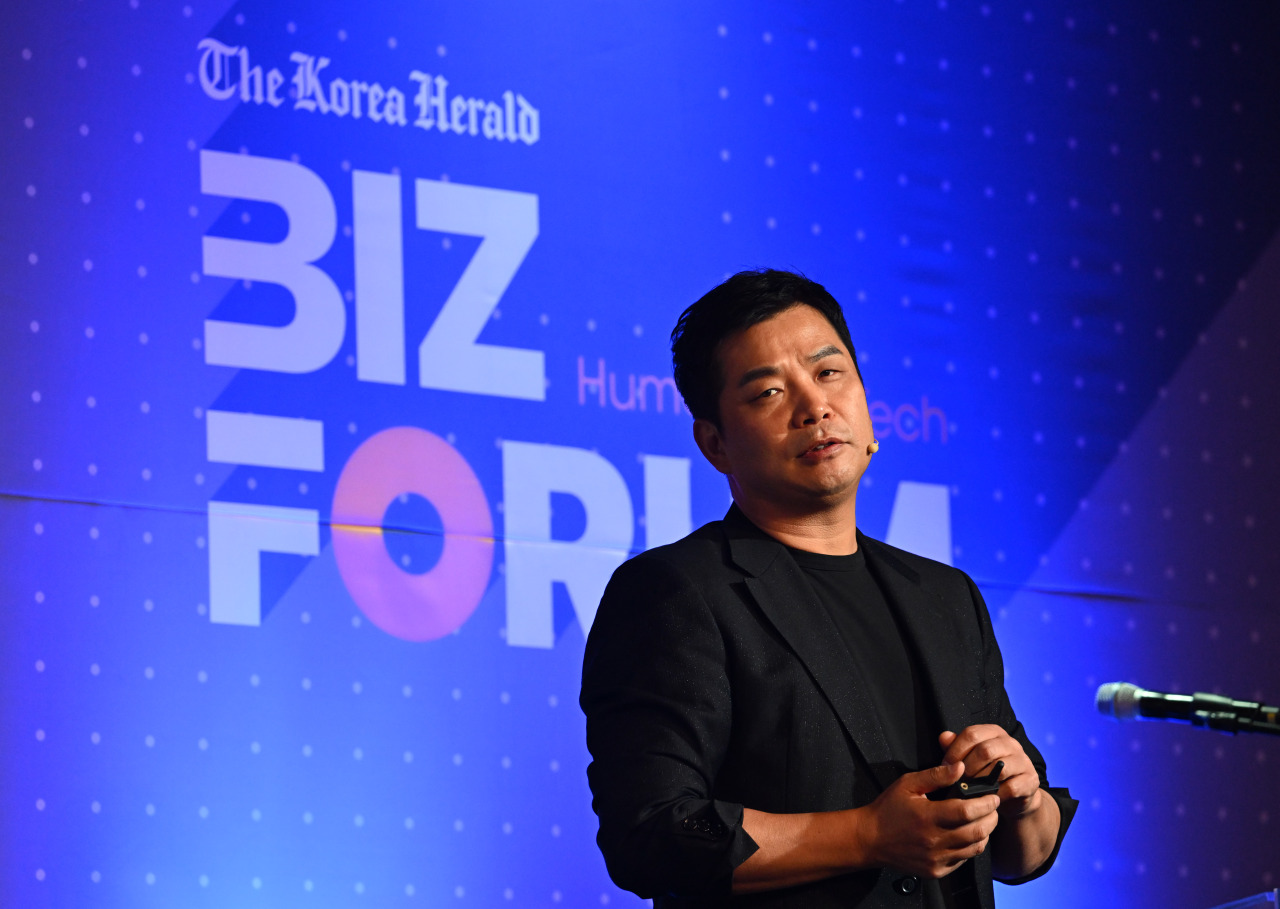 Virtual humans, or digital representations of human beings, have already started to take over human jobs, and are now on their way to strengthen their presence in the virtual world, according to Locus-X CEO Baek Seung-yeop.

“In the early stages of virtual humans, they tried to be more ‘human-like.’ But now, they aim to go ‘beyond human’ and show great potential in the virtual world,” said Baek during his speech at The Korea Herald Biz Forum 2022 held at the Four Seasons Hotel Seoul.

In particular, virtual humans will play a vital role in promoting the metaverse, where they can create eye-catching content and a sense of immersion, Baek added.

Locus-X gave birth to Rozy, the most famous virtual influencer in South Korea. The country’s very first virtual human appeared as an idol and model for TV commercials and ambassador for the luxury brand Salvatore Ferragamo. The perennially 22-year-old influencer has around 150,000 subscribers on Instagram.

Based on machine learning and real-time rendering, Rozy can wink, frown, smile, and show other natural facial expressions, almost like a human.

Baek said the key to Rozy’s success lay in social media buzz, which is especially welcomed by the younger generation. Younger people seek to follow trends and engage in interactive communication, he added.

When asked about ethical controversies involving virtual humans including the “uncanny effect,” Baek said the industry needs proper regulation. But rather than limiting the overall market, companies should explicitly mention that virtual humans are digital representations to prevent cyberstalking or face phishing.

“Following the burgeoning trend of K-pop, K-food, K-drama and K-fashion, Rozy and other virtual influencers hope to open the era of K-virtual humans,” Baek said.

The global market size of virtual influencers is estimated to be 14 trillion won ($9.8 billion) by 2025, surpassing that of humans, Baek said, citing data from Bloomberg.