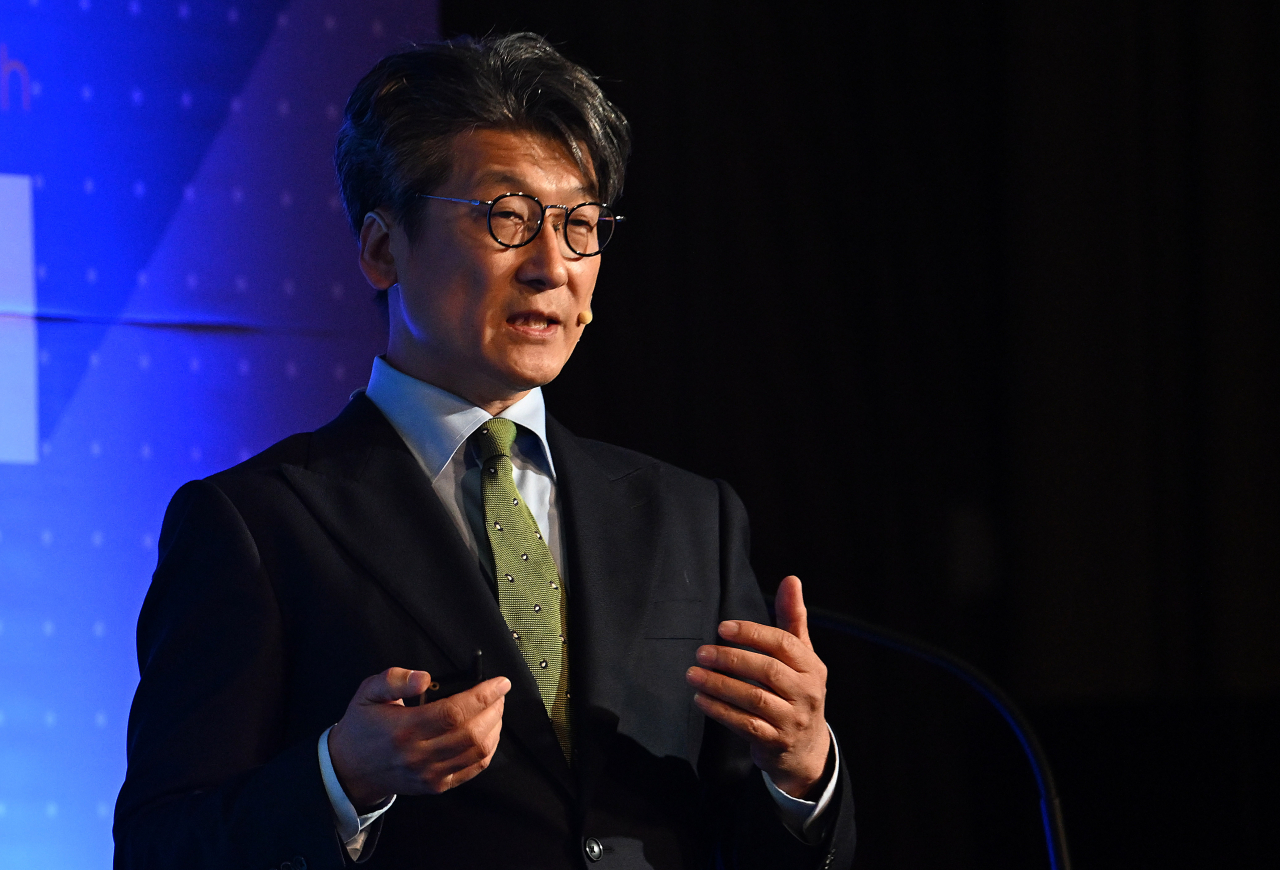 The world is shifting toward a world of Web 3.0, the emerging blockchain-based platform, and the new era will drastically change the way people live, according to chairman of BOSagora Foundation Kim In-hwan, who spoke at The Korea Herald Biz Forum held at Four Seasons Seoul on Wednesday.

As Web 3.0 moves away from having a central authority that governs the operations of the web, it will utilize its blockchain-based decentralized structure to strengthen individuals’ ownership rights over their content, according to Kim.

Web 2.0 currently has its users give up the ownership of content to platform operators. However, Web 3.0 will strengthen users’ rights to ownership of their content and financially compensate users for their data.

“Web 3.0 will allow people to earn money in new ways, as people will be paid just by playing, sleeping and dancing,” said Kim.

Kim said that BOSagora Foundation, a company dedicated to building blockchain platforms, has been able to earn commission revenue of 160 billion won ($112 million) in the second half of 2022 after giving users tokens, a form of cryptocurrency, for providing data about running and walking.

Web 3.0 will also revolutionize the way people work, according to Kim.

Web 3.0 runs mainly on decentralized autonomous organizations, or DAOs, which operate without a central entity and make decisions based on participants’ votes. Each DAO participant is paid with an equal number of tokens.

Kim added that DAOs’ horizontal work culture will give rise to “a new form of work.”

The work processes in DAOs are transparently shared with everyone in the organization, changing corporate cultures for the better, he said.

“DAOs’ ways of working will justifiably include all stakeholders who were previously marginalized (with the transparent work process).”

In the sense that Web 3.0 allows all marginalized stakeholders to equally participate in the business, the new web is also actualizing ESG business values, said Kim.