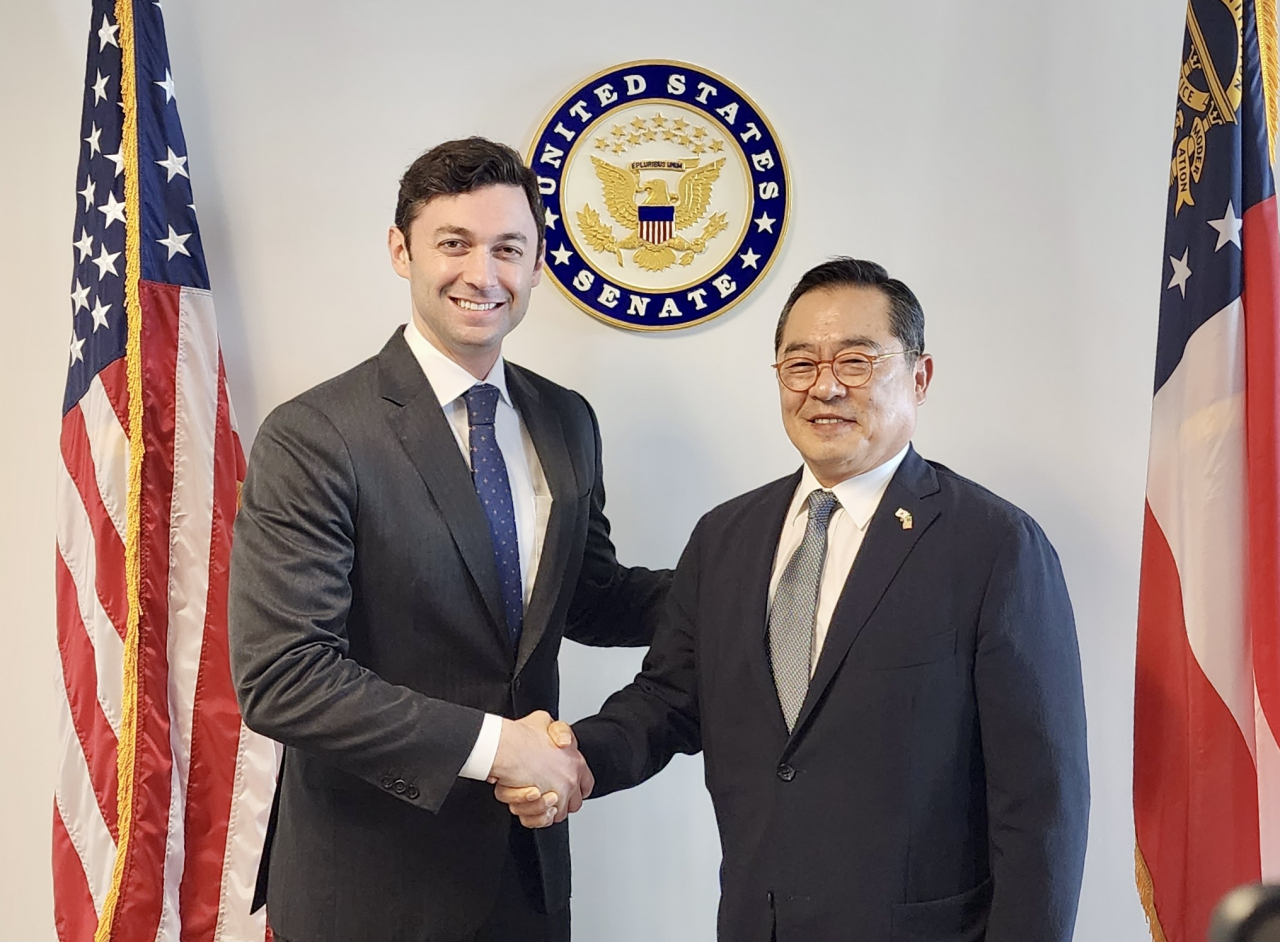 Christopher Koo, chairman of the Korea International Trade Association, has called for the US to allow at least a three-year delay in implementing a US bill on tax benefits for electric vehicles that is highly disadvantageous for Korean carmakers exporting EVs there.

Koo met with US Sen. Jon Ossoff of Georgia on Tuesday (US time) to deliver KITA’s position on the matter. KITA, one of the largest trade lobbies in Korea, represents some 2,000 firms.

“Koo asked the senator to consider delaying the implementation of the Inflation Reduction Act for at least three years, stressing that Hyundai Motor Group and other Korean companies are contributing to production and job creation in the US, including Georgia,” KITA said in a statement.

“Koo also requested that Ossoff pay heed to Korean companies’ business in the US so that they are not exposed to unfair treatment, since Korea is playing a vital role in the US high-tech supply chain as the top investor here,” it added. Korean firms have invested almost $7 billion in the original equipment manufacturing sector of the US automotive industry, Koo was quoted as saying in the statement.

Koo pointed out that the IRA runs the risk of breaching the US-Korea free trade agreement and World Trade Organization rules, as it offers tax credits only to carmakers that produce EVs within North America.

The trade association chief thanked Georgia’s House and Senate, and Sen. Raphael Warnock of Georgia, who have urged to revise the IRA.

Koo also met with Pat Wilson, the commissioner of the Georgia Department of Economic Development, on the same day.

Koo asked Wilson to give policy support for Hyundai Motor Group to build a new EV factory in Georgia as soon as possible, according to the KITA.

The meeting comes after US President Joe Biden on Oct. 5 sent a letter to South Korean President Yoon Suk-yeol saying that he is aware of Yoon’s concerns regarding the IRA and is open to further discussions on the matter.

The tax breaks are part of the US’ push to revive American manufacturing to counter China, the largest supplier of battery minerals. The law effectively withholds tax benefits for carmakers that produce EVs and batteries at factories outside of North America.