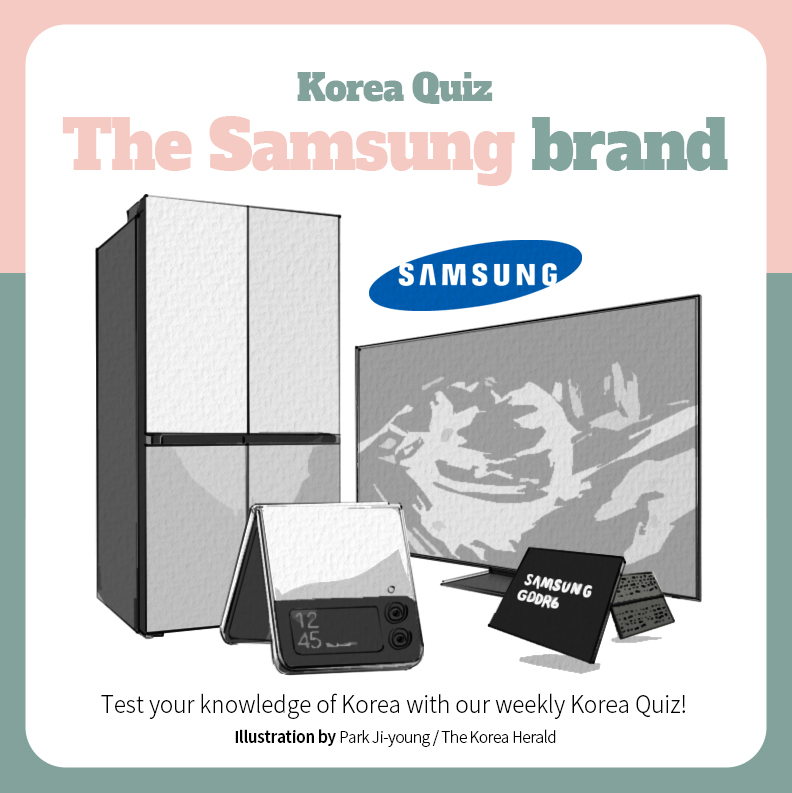 Test your knowledge of Korea with our weekly quiz on the language, culture, history or anything K-related. — Ed. 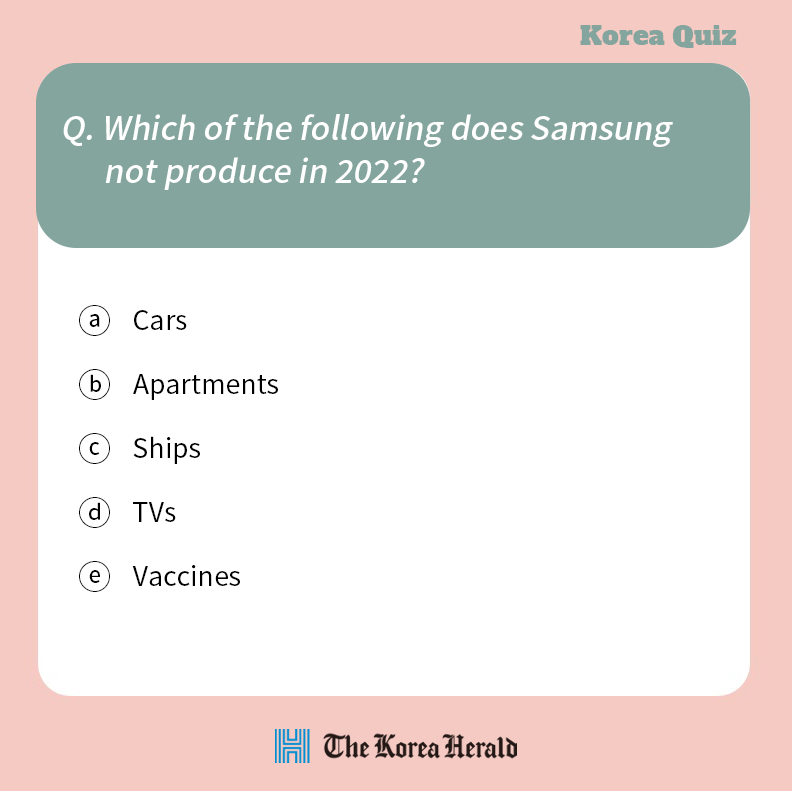 Find the answer at the bottom of this page.

You may know of Samsung just as a TV or phone brand.

But on its home turf of South Korea, it is a household name for many more things — almost too many. Here, a person can be living in a Samsung apartment, wear Samsung suits to work, eat lunch at a Samsung-run cafeteria at work, check stock prices via Samsung’s securities app, get a medical checkup at a Samsung hospital and hang out at a Samsung-run amusement park.

Samsung is the country’s biggest corporate group with 60 subsidiaries and total assets of 483.9 trillion won ($382.3 billion), according to the South Korean antitrust watchdog’s report in April this year. To put that into context, that is equivalent to about 23 percent of the country’s economy of 2,047 trillion won.

A flagship unit of the conglomerate, Samsung Electronics produces TVs, phones and the tiny chips that go into almost every digital gadget these days.

Other Samsung Group companies may be lesser known to global consumers, but many of them are major players in their respective field.

Shipmaker Samsung Heavy Industries topped the global shipbuilding industry in terms of accumulated order volume in the first half of 2022.

Builder Samsung C&T, which constructed the world’s highest skyscraper Burj Khalifa in the United Arab Emirates’ Dubai and many other iconic buildings across the globe, owns a major apartment brand, Raemian, in South Korea.

The vast portfolio of Samsung Group’s businesses may look dazzling, but the corporate giant, also has its sore point: cars.

The late Samsung Group Chairman Lee Kun-hee is said to have had an ardent love of cars and wanted to add an automaker to the list of his companies for a long time. In 1995, he finally launched Samsung Motors, with the technological support of Japanese automaker Nissan. Soon, the storm of the 1997-98 Asian financial crisis hit and Samsung Group had to give up on the money-losing car unit and sold it to French automaker Renault in 2000.

The name “Samsung” remained in Renault’s Korean interests until early this year, when the company officially announced it would end the brand use contract with Samsung and change its name to Renault Korea Motors.