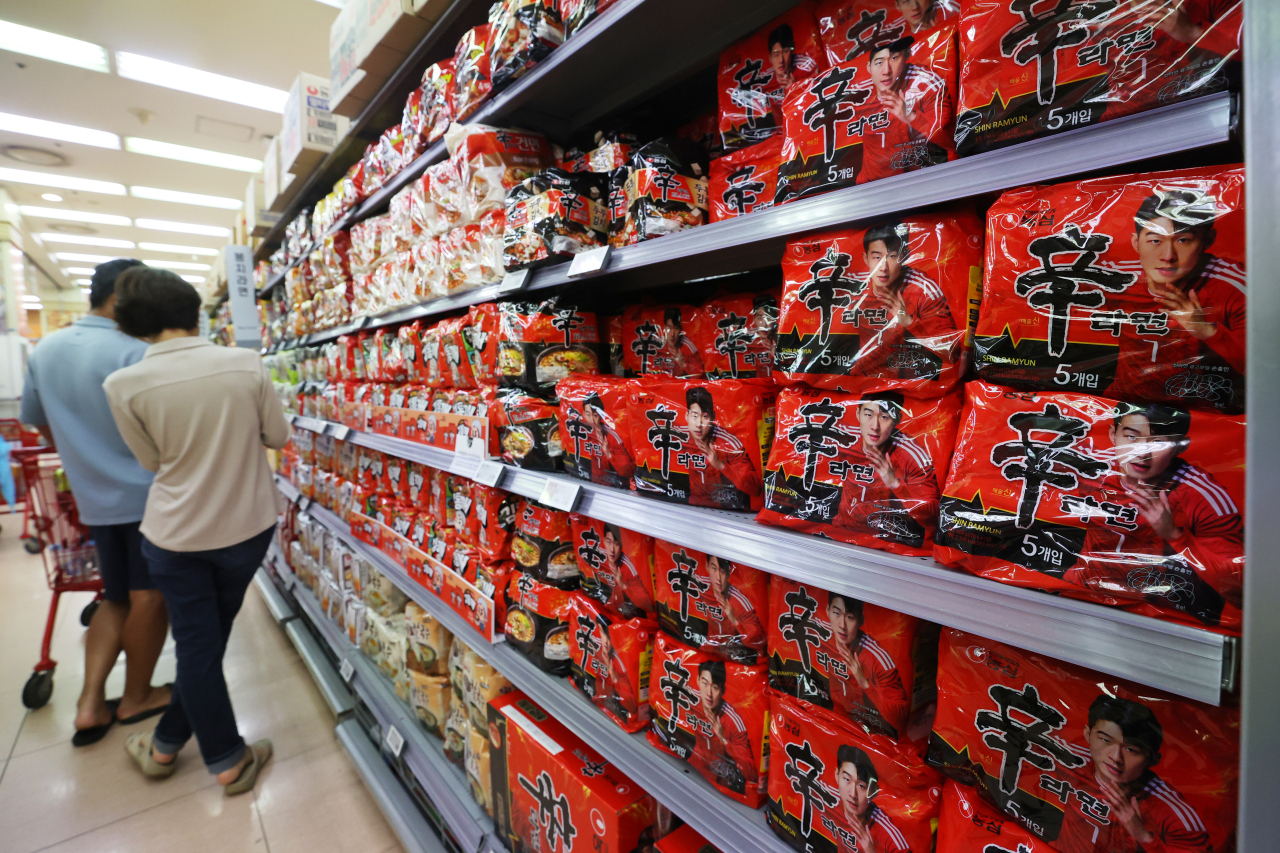 A recent report showed Monday that people in South Korea consume ramen 1.7 times a week on average, with Nongshim’s bestseller Shin Ramyun being the top pick.

The report, published by the Korea Agro-Fisheries & Food Trade Corp., is based on a survey conducted on 500 people aged between 15 and 65.

By gender, men and women ate ramen 1.8 times and 1.5 times per week, respectively.

Men in their 20s and 50s were the most frequent ramen consumers, eating ramen twice a week, while women in their 60s consumed the least, at just 1.3 times a week.

But their exports increased 11.7 percent to $670 million last year despite an unfavorable foreign exchange rate — a winning streak for a seventh consecutive year.

In the meantime, South Korea’s ramen imports more than doubled to $12.4 million last year, possibly due to more diversified tastes among local consumers.