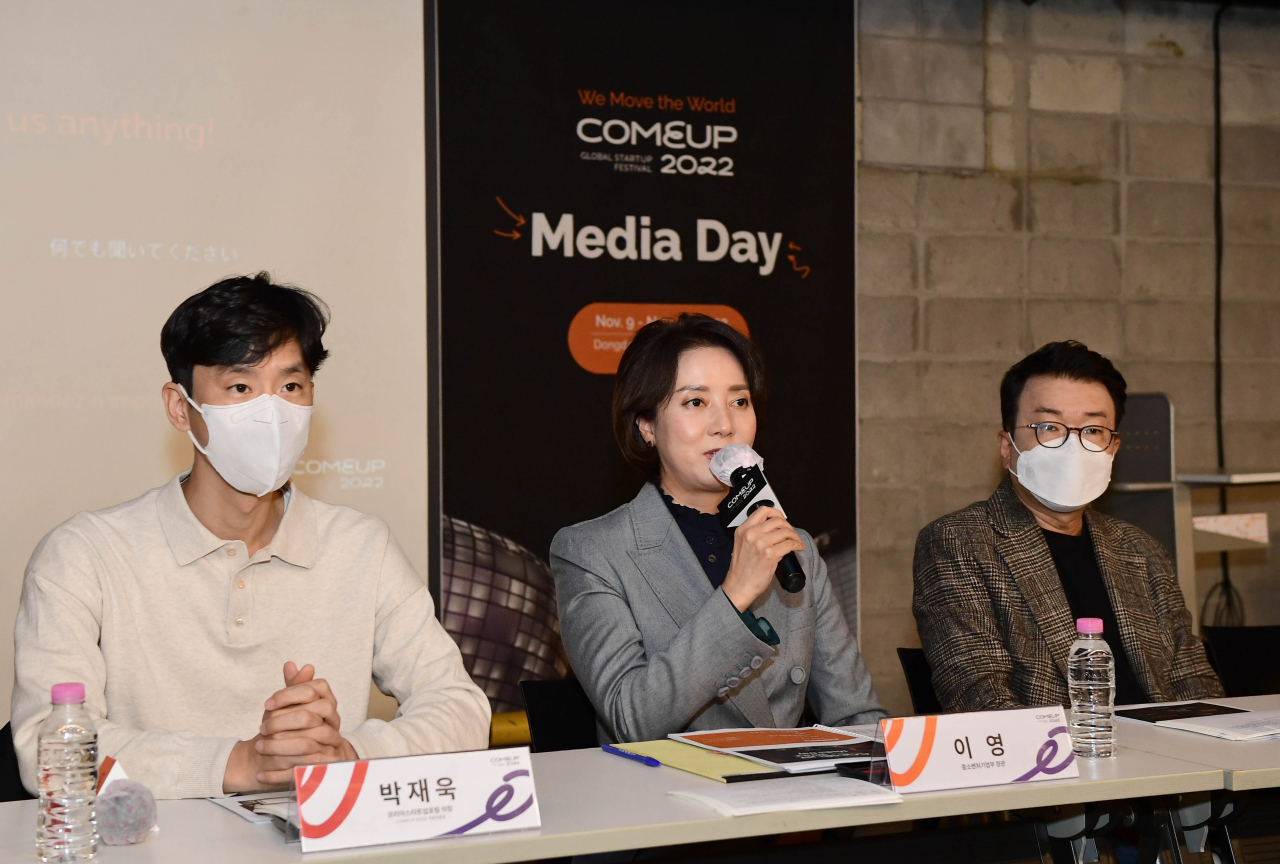 SMEs and Startups Minister Lee Young said on Tuesday that it plans to nurture Comeup, the ministry’s startup accelerator program, as one of the top five startup events globally in five years.

“Ramping up engagement from private sectors, we plan to place Comeup as the world’s fifth largest startup event in five years,” said Lee during a press conference at Maru 100 in southern Seoul.

Lee added the government will make room for startup companies to enter global markets more efficiently with less bureaucratic burdens. “The ministry is in line with President Yoon Suk-yeol’s initiative that the government will move side by side with the private sector to keep up with the speed of innovation.”

When asked about the ministry’s stance on potential regulatory pushbacks due to Kakao’s server outage, Lee said if the government imposes excessive regulations on tech companies following the incident, the ministry will voice concerns on behalf of the startup industry.

Addressing dampening investor sentiment driven by market disruption, Lee said despite the hostile environment, ICT startups have enjoyed a boom in sales. But in the case of further market deterioration, the minister hinted at taking up the role again as a key supporter for the industry

In terms of the ministry reducing next year’s budget for investments in startups and SMEs, Lee said, “We still have around 8.2 trillion won ($5.8 billion) of capital in the fund. Also, we are making efforts to encourage private-led funding. Several large companies have already raised two venture capital funds early this year. We are in talks with other firms as well.”

Lee said the ministry will roll out an incentive package next month for companies investing in venture capital, adding that it has not ruled out the possibility of giving tax benefits.

The event runs from Nov. 9-11 at the Dongdaemun Design Plaza in central Seoul, both offline and online.