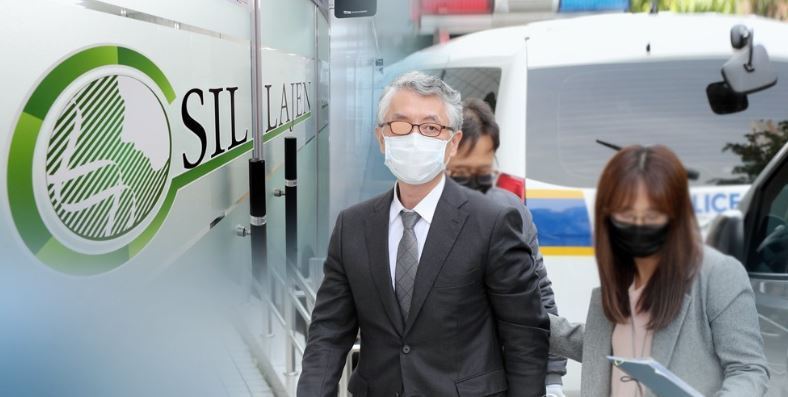 South Korea’s stock exchange decided Wednesday to resume trading of the troubled biotech company SillaJen, effectively ending a suspension of over two years to a divided response from the market.

The Korea Exchange’s Kosdaq market committee decided to keep SillaJen listed on the secondary, tech-heavy bourse in a decision that followed an hourslong meeting. It has yet to release a detailed explanation for  its decision, but a KRX official, requesting anonymity, told reporters that the committee took “SillaJen’s move to enrich its pipeline and hire more research and development talents into consideration.”

Trading will resume on Thursday, according to the KRX.

The announcement excited some 160,000 minority shareholders of the firm, who were concerned about a possible delisting over the past 29 months, but drew worries from skeptics on whether the firm had really moved on from its controversial past.

The trading of the firm’s shares was suspended in May 2020, following accusations of embezzlement and breach of trust against its former CEO Moon Eun-Sang and other top officials. Prior to the suspension, SillaJen’s shares had already been nosediving due to August 2019 reports that Pexa-Vec, the firm’s anti-cancer drug candidate had failed its phase 3 clinical trial in the US.

Prior to the KRX’s announcement, a civic group representing the firm’s minority shareholders released a statement, strongly urging “the Kosdaq market committee to resume trading of SillaJen’s shares.”

Minority shareholders hold 66.1 percent of the company stock, according to a recent regulatory filing.

“Throughout the 29 months of its trading suspension, SillaJen has acquired a stable revenue source, bolstered its R&D capability by hiring new talents, changed its largest shareholder and secured additional multiple pipelines, resulting in a successful makeover,” the civic group said.

“We are awaiting the Kosdaq market committee’s decision with strong anticipation and anxiety,” it added.

M2N became the troubled firm’s largest shareholder by acquiring 18.7 million of its shares for 60 billion won last year. With SillaJen’s shares having halted trading at the time, the firms had to hire an accounting firm to assess the share price and carry out the deal.

Korea’s Supreme Court in June this year overturned the five-year prison term handed down by an appellate court for the biotech firm’s former CEO Moon. The top court claimed that the losses the firm suffered from a financial scheme set up by Moon are heavier that what the lower court recognized and sent back the case.

Moon was charged with breach of trust and capital market act violations for illegally profiting from a financial scheme involving his company.