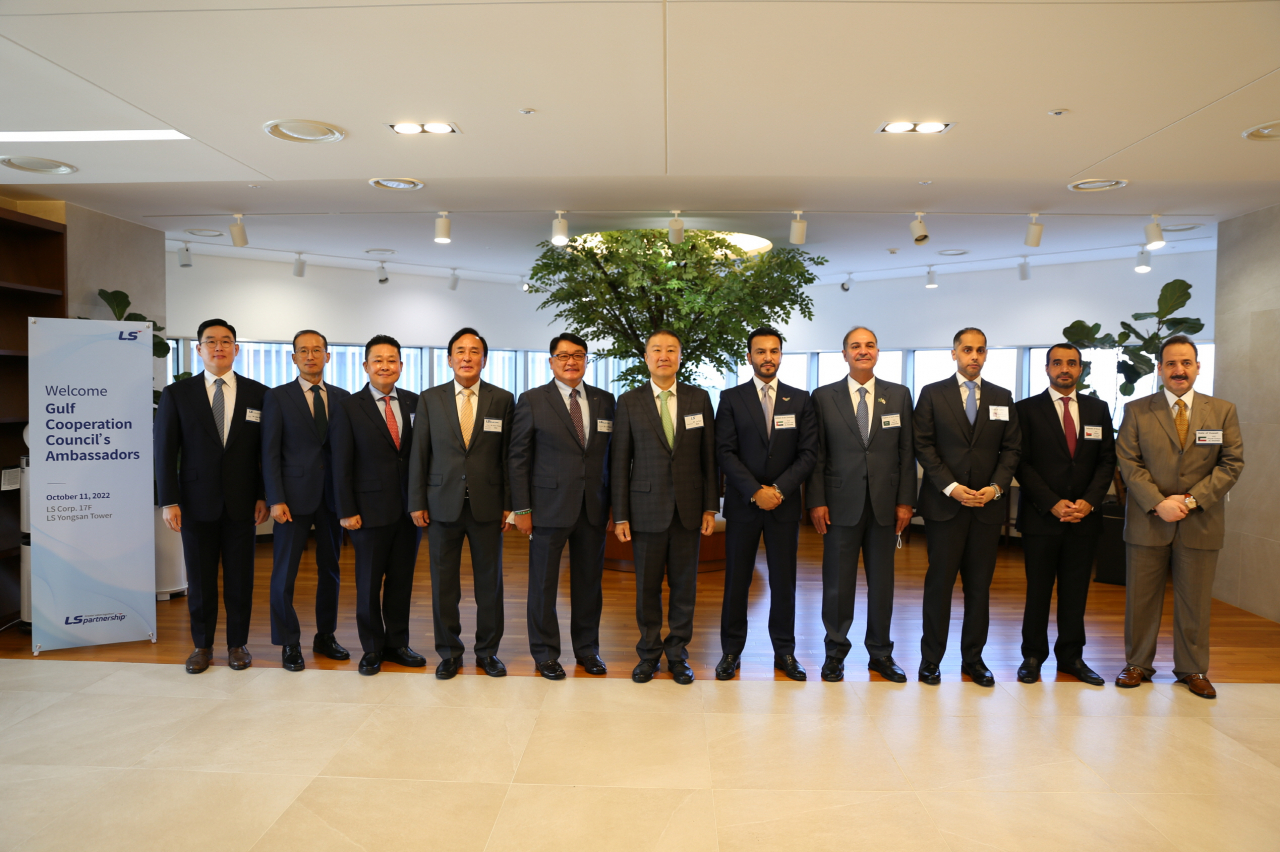 The GCC is a regional, intergovernmental, political and economic union of the above countries plus Bahrain, which does not have an embassy in South Korea. Set up in 1981 for economic and security cooperation, the GCC is seeking to expand business beyond crude oil supply to manufacturing and renewable energy.

LS Group said it invited the five ambassadors to the LS headquarters in Yongsan, Seoul, to discuss its smart factory solution, ultrahigh voltage subsea cables and solar power technology that could help the GCC upgrade its manufacturing sector, build a power infrastructure and shift to renewable energy.

Noting that LS has led major power infrastructure projects in the GCC countries and is recognized as a trustworthy partner by its clients in the GCC, Koo expressed hopes to take part in the GCC’s future projects to build smart cities and diversify energy sources to eco-friendly ones, LS Group said in a statement.

LS Group operates four branches of mainly LS Cable & System as well as LS Electric and E1 in GCC countries. LS Cable is the No. 1 power cable supplier in the Middle East.