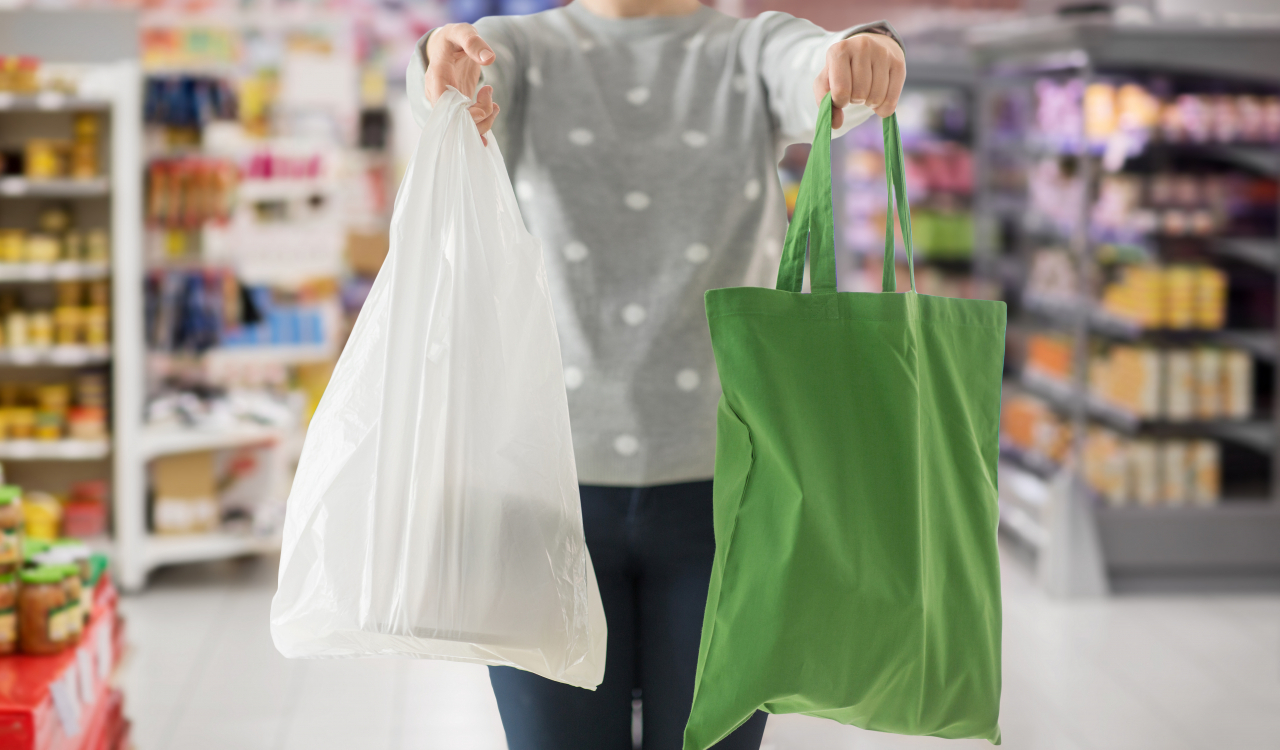 Use of plastic bags at convenience stores will be banned from Nov. 24, two years after they were removed from hypermarkets as part of eco-friendly efforts.

Like in the large supermarkets, customers will have the option of purchasing standard user-pay trash bags or paper bags at convenience stores to carry what they bought.

If a store is found to have used regular plastic bags, it will be slapped with fines of up to 3 million won ($2,086).

Convenience store chains such as GS25 and CU have already stopped placing orders for plastic bags, while 7-Eleven and E-mart 24 plan to do so within this month.

Some convenience store owners have complained on online communities of the self-employed that most customers will find it inconvenient to bring their own grocery bags for small purchases at convenience stores, and paying 100 or 200 won for paper bags could even deter buying things there.

Convenience store companies said they will educate store owners on the environmental reasons behind the move.

Under the new ordinances that take effect on Nov. 24, use of other disposable items at restaurants, cafes and bars such as disposable cups, plates, wooden toothpicks, chopsticks and plastic straws will also be banned.

Using plastic bags for putting wet umbrellas in will also be prohibited.

Plastic straws will be allowed, however, for take-out drinks.

Only eco-friendly straws made of rice, paper or bamboo will be allowed for use inside restaurants and cafes.

The Environment Ministry had previously planned to ban wet tissues, another disposable item made of plastic fibers, as well from next year, but it is currently reviewing wet tissue manufacturers’ request to defer for three years.

Plastic balloons used for cheering at baseball or soccer stadiums will also be prohibited.

Up until now, only free distribution of these balloons was banned, but from Nov. 24, use of all plastic items for cheering purposes will be prohibited.