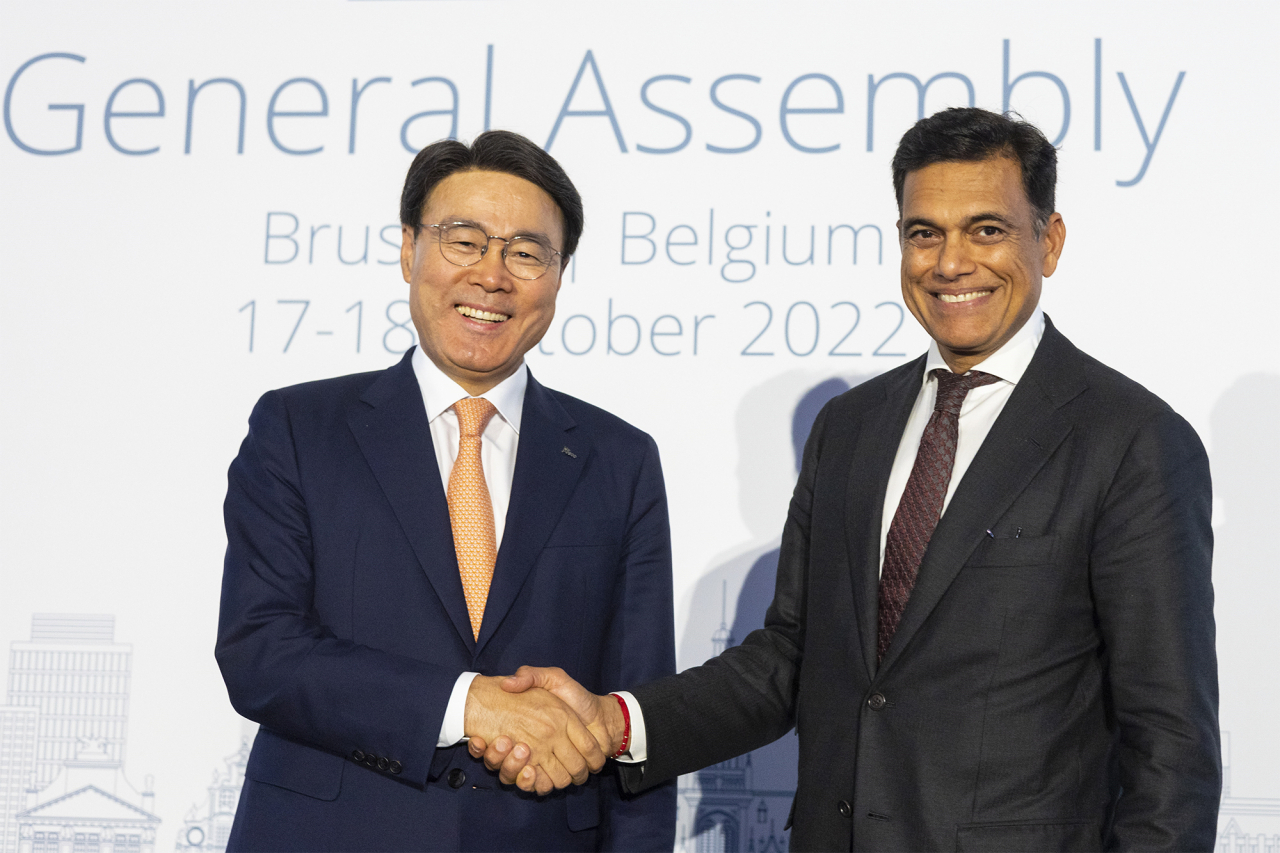 Choi’s one-year term began Tuesday. He had served as vice chairman for a full year .

Choi has been recognized for his initiative in eco-friendly hydrogen reduction steelmaking as well as his performance in steel business management, the company said.

“Steel will become a core source of eco-friendly and future material, and based on the mission to prepare for issues that the industry faces such as carbon neutrality and ESG management, I’ll do my best for commercialization of the latest technology to the industry,” Choi said.

Meanwhile, Posco announced the firm received two awards in the category of technology innovation and sustainability at the 2022 Steelie Awards, which were held on the sidelines of the World Steel Association’s general meeting that kicked off Sunday.