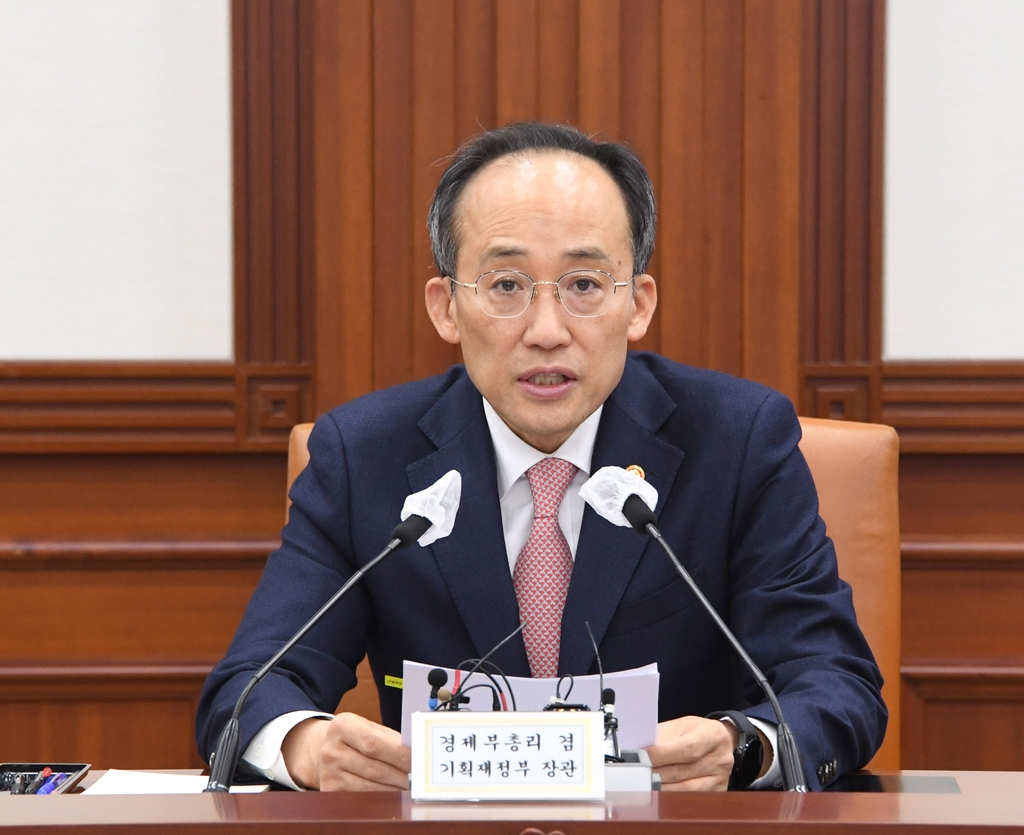 South Korea plans to overhaul a set of business regulations as part of efforts to bolster investment, the finance ministry said Monday, amid growing fears over an economic slump.

The decision was made during a meeting of economy-related ministries presided over by Finance Minister Choo Kyung-ho, according to the Ministry of Economy and Finance.

South Korea plans to overhaul 24 business-linked regulations, which is expected to help the country raise investment worth 1.5 trillion won ($1.03 billion), the ministry said.

During the previous meetings held in July and September, the government vowed to revamp a total of 86 regulations.

“The third batch of goals focuses on solving on-site hurdles in areas such as export-import logistics and safety management,” Choo said at the meeting.

The tasks include setting clear instructions on the installation of explosion-prevention measures at semiconductor production facilities amid the criticism that the existing rules are vague and cause businesses to make unnecessary expenditures. (Yonhap)