S. Korea needs to brace for even stronger US dollar: ex-IMF economist 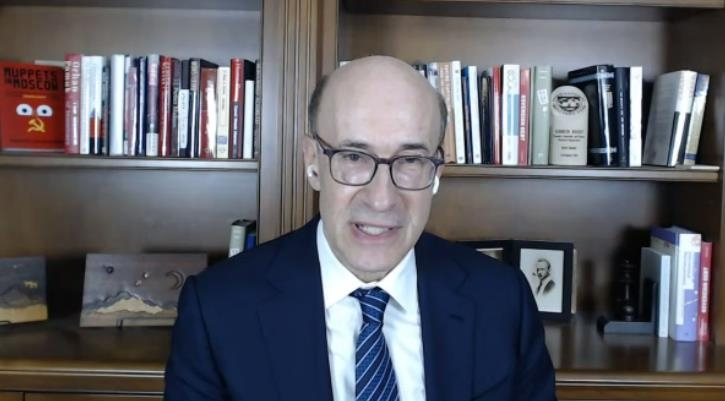 The US dollar is expected to continue to gain strength against other currencies for the time being, a former economist of the International Monetary Fund (IMF) said Thursday, warning emerging markets such as South Korea need to brace for more economic jitters.

“The Federal Reserve has raised interest rates much more aggressively than other central banks,” Kenneth Rogoff, a professor at Harvard University, said during an online seminar hosted by the Seoul-based Institute for Global Economics.

“Also important of course, is food prices are high, energy prices are high. The US is self-sufficient. It is actually an exporter in these things, and that benefits the United States tremendously. It makes the dollar stronger,” Rogoff added, warning that the dollar may climb another 10 to 15 percent.

The former chief economist at the IMF advised that dealing with the Federal Reserve’s rate hikes and the strong greenback will become the most crucial policy tasks for South Korea.

Rogoff added that the world is at a “turning point,” as while countries have been keeping interest rates low to support the economy for more than 10 years, they are now told to raise them as fast as possible.

Rogoff said that while “everything was a free lunch” when interest rates stayed low, even if central banks curb inflation within two or three years, the rates will not return to levels during the COVID-19 pandemic.

The professor also warned about a speedy rate hike.

“You need to be cautious about doing too much of that too fast,” Rogoff said, referring to the Bank of Korea’s (BOK) latest rate hike of 50 basis points.

Earlier this month, the monetary policy board of the BOK voted to raise the benchmark seven-day repo rate from 2.5 percent to 3 percent. It was the first time in about 10 years that the rate has risen to the 3 percent range.

“Inflation is bad, but having a financial crisis, or a massive recession, is worse,” he added. “However much people complain about inflation, they are going to complain even more if the central bank overshoots.”

Rogoff also said the level of inflation in South Korea is still “very low by standards on what’s going on in the advanced economies.”

South Korea’s consumer prices grew at a slower pace on-year for the second consecutive month in September, rising 5.6 percent, in yet another sign that inflation may have peaked. (Yonhap)