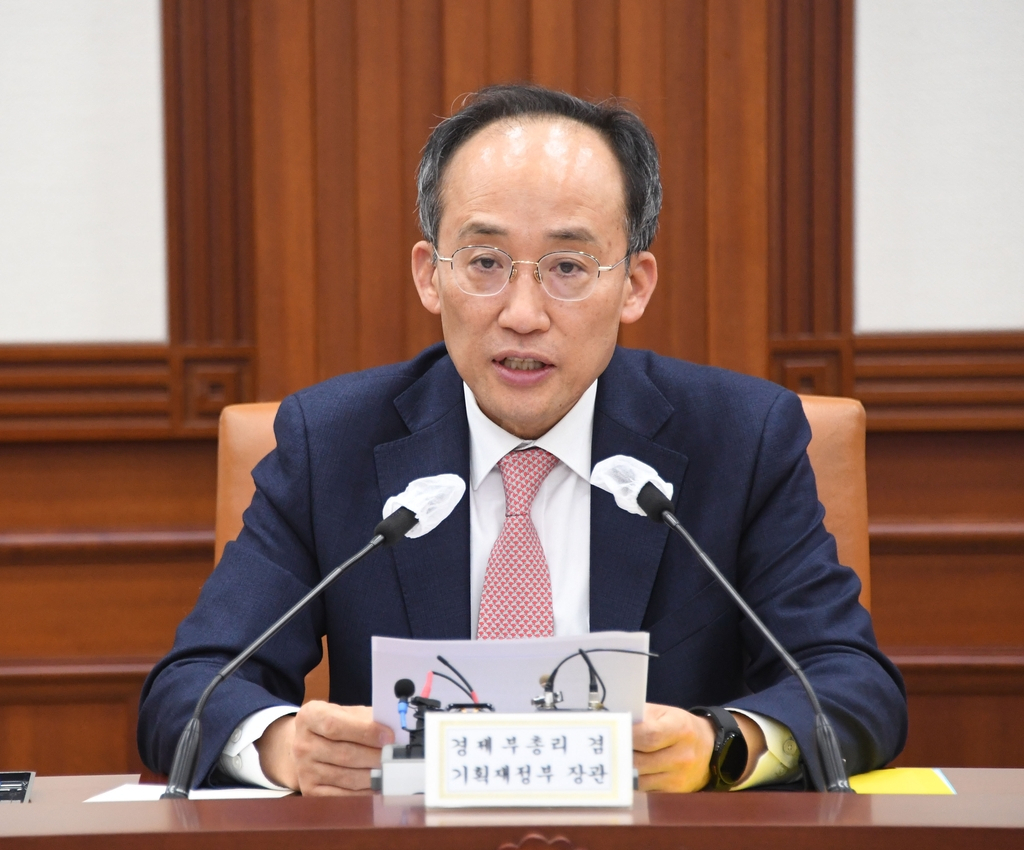 South Korea plans to seek a structural change in the labor market of its shipbuilding industry, the finance ministry said Wednesday, amid growing criticism over shipbuilders taking advantage of subcontractors.

“Recently, the overall conditions for our shipbuilding industry have been improving, with the number of orders rising following the recovery of the global shipbuilding market, coupled with higher prices,” Finance Minister Choo Kyung-ho said during a meeting with economy-related ministries.

Choo, however, pointed out that the industry is also facing challenges, including heightened technology competition with China and Japan, along with the lingering structural issues in its labor market.

The minister added that the deep-rooted gap in the working environment between shipbuilders and their contractors has been weighing down the industry’s productivity, eventually leading to an outflow of skilled workers.

Data from the labor ministry showed that workers of subcontractors in the shipbuilding industry made only 50 to 70 percent of the wages earned by those of contractors.

The average number of working days in a year, however, came to 270 days for employees of subcontractors, while it just reached 180 days for those of contractors.

Thus, South Korea plans to improve unfair agreements between contractors and subcontractors and revamp the existing wage system to take duties and skills into consideration, the finance ministry said.

South Korea will also seek to improve the working environment and welfare of related companies, inducing more younger people to work in the industry.

Other measures include improving visa regulations to allow more foreign employees to work in the shipbuilding industry and fostering around 3,000 additional local workers annually.

South Korea plans to invest around 140 billion won ($98 million) in developing key technologies in the field of environment-friendly and self-driving ships in 2023, the finance ministry added.

The latest measures come as South Korea aims to beef up the competitiveness of its major industries amid looming concerns over a recession.

“As the high level of inflation continues, the downside risks of the global economy also have been rising, with major countries rolling out intense belt-tightening moves,” Choo said, adding that challenges for the South Korean economy will linger for a “considerable” period. (Yonhap)