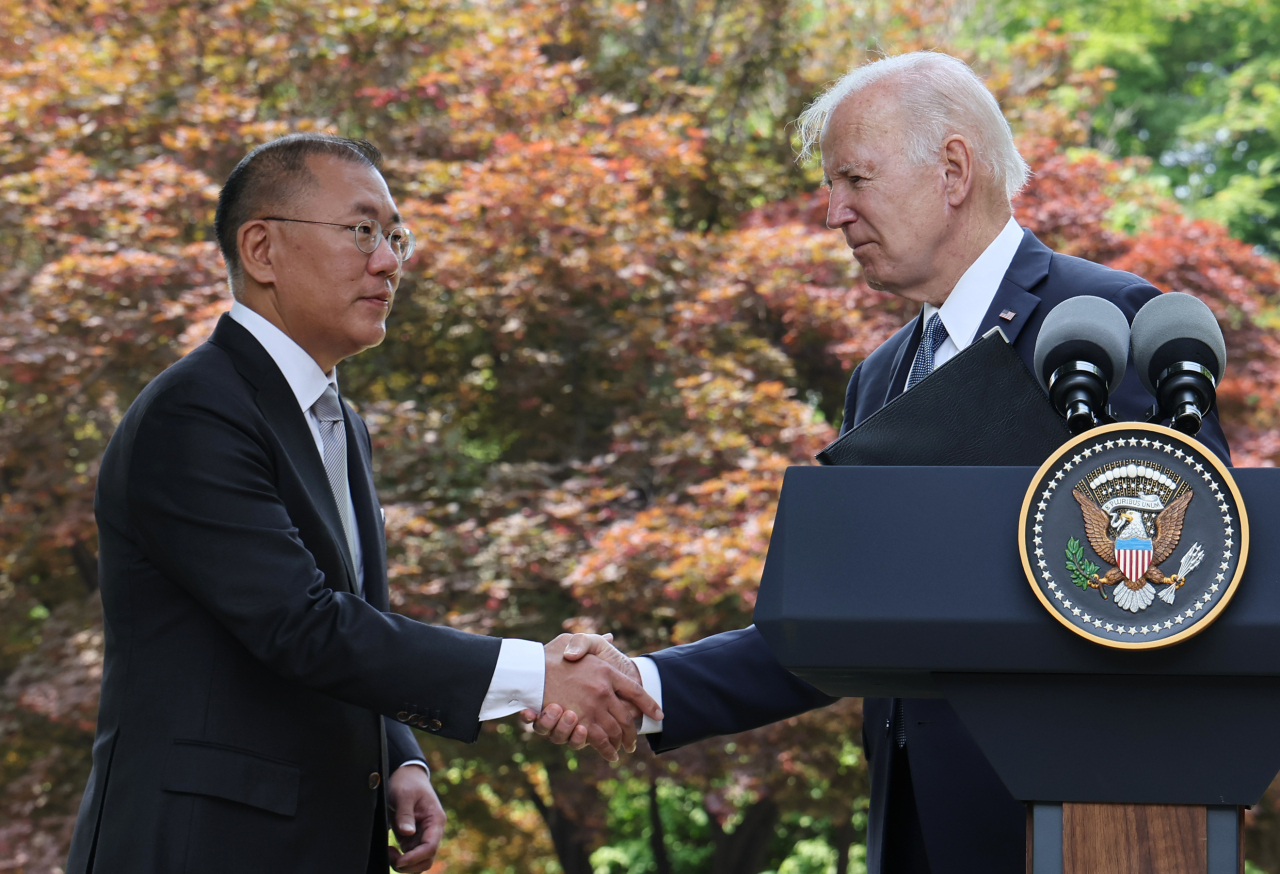 South Korean officials held a meeting with domestic car and battery makers Tuesday to discuss responses to the Inflation Reduction Act (IRA), as Washington sought public input on its implementation amid concerns over its discriminatory features, the industry ministry said.

The IRA, signed by US President Joe Biden in August, excludes electric vehicles assembled outside of North America from tax incentives, sparking concerns that Hyundai Motor Co. and Kia Corp. will lose ground in the US market as they make EVs at domestic plants for export to the US

It also requires EVs to be equipped with US-made batteries and battery materials, while battery makers here are also heavily dependent on China for key minerals for their manufacturing.

On Tuesday, South Korea’s industry, finance and foreign ministries held a third round of their joint task force meeting with industry officials in Seoul and discussed how to respond to the issue, according to the industry ministry.

“As the US Treasury Department launched the formal process on detailed rules to implement the IRA, we will make thorough responses over the course of its public comments gathering as ‘one team’ with the business circle,” Deputy Trade Minister Jeong Dae-jin said during the meeting.

South Korea will continue active consultations with the US through their working-level consultative body, he added.

Last week, Biden sent a letter to President Yoon Suk-yeol expressing his willingness to continue frank and open-minded talks on the act, saying he is well aware of South Korea’s concerns over the matter. (Yonhap)