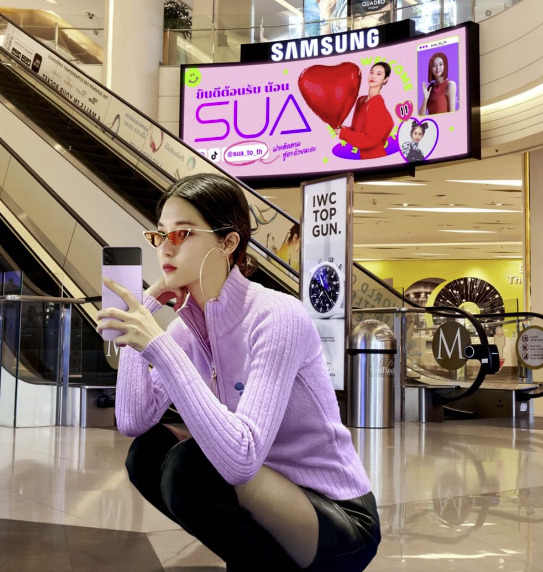 DDD advertises for large Korean conglomerates, Thai Airways and global luxury brands such as Chanel and Dior. It currently has advertisement billboards at major landmarks in Bangkok including Suvarnabhumi Airport, and malls Siam Paragon and MBK Center.

Under the contract, Sua will appear on billboards at these major landmarks, promoting products and brands commissioned to DDD.

The South Korean company said it will continue to work with its Thai counterpart to expand Sua’s presence in Southeast Asia.

“The expansion into the Thai market is based on the agreement between our two companies on Onmind’s 3D virtual human technology aptitude and its business potential, and Thailand’s Hallyu craze and the potential of the country’s 3D virtual human market,” Onmind said in a statement.

Sua is Korea’s first AI virtual human capable of live interaction, according to its developers. It recently appeared in a local SK Telecom commercial with K-pop star Jang Won-young.