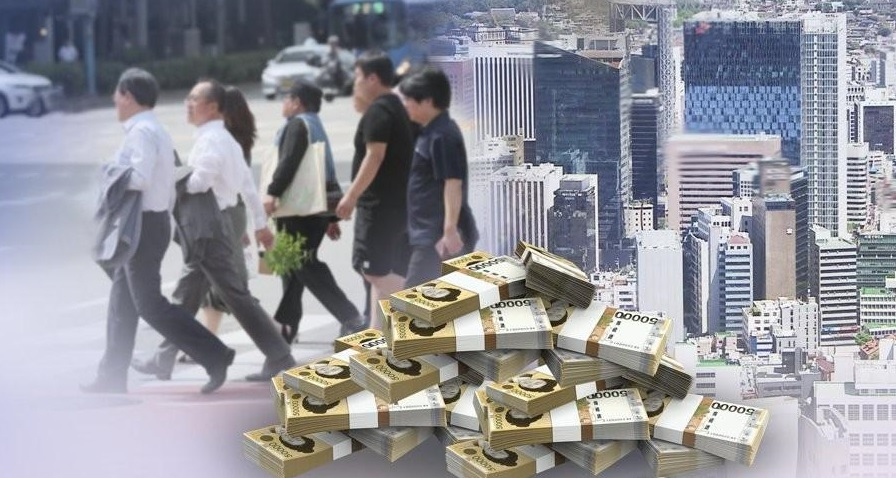 SEJONG — South Korea’s fiscal deficit increased 15.1 trillion won ($10.5 billion) in the first eight months of 2022 from a year earlier due to spending on vulnerable groups amid the prolonged pandemic, data showed Thursday.

The managed fiscal balance, a key gauge of fiscal health calculated on a stricter term, posted a deficit of 85.3 trillion won in the January-August period, larger than a shortfall of 70.2 trillion won a year earlier, according to the Monthly Public Finance report released by the Finance Ministry.

South Korea’s tax revenue came to 289.3 trillion won over the period, up 41 trillion won from a year earlier, on the back of robust gains in corporate taxes on improved business performances.

But the total expenditure over the eight months came to 489.3 trillion won, up 62 trillion won from a year earlier, due to the spending on pandemic-hit small merchants and other vulnerable groups amid the pandemic.

South Korea has been seeking to tighten its belt as part of efforts to improve the country’s financial health following years of expansionary fiscal spending.

The country plans to lower the fiscal deficit to a size equivalent to less than 3 percent of gross domestic product over the next five years from the 5.1 percent estimate for this year.

The government’s debt came to 1,030 trillion won as of end-August, up 8.7 trillion won from a month earlier. (Yonhap)