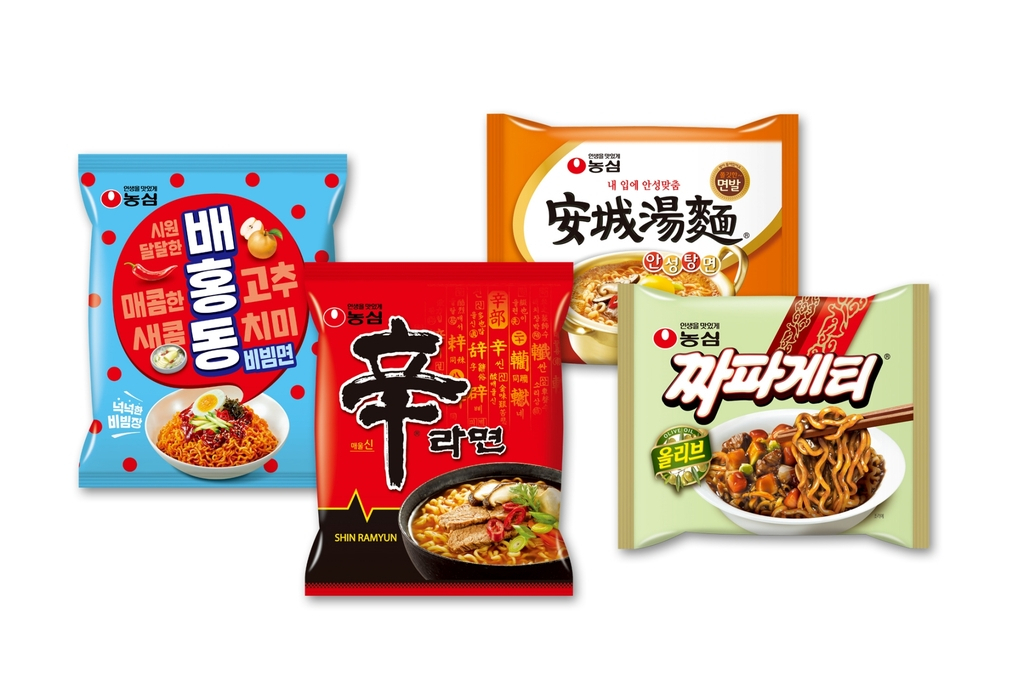 In terms of market share, Nongshim sat atop with 55.7 percent, followed by Ottogi with 23.2 percent in the cited period. Samyang and Paldo took market shares of 11.2 percent and 9.9 percent, respectively.

But sales of three varieties of bibimmyeon — Korean sweet-and-spicy cold noodles — manufactured by Nongshim, Paldo and Ottogi plummeted by 12 percent to 30.1 billion won from June to August.

“Sales of bibimmyeon usually rise in a hot summer, when people want to increase their appetite by eating savory yet cold noodles. But due to heavy rainfall during the summer, it seems consumers opted for noodles with soup like ramen instead of bibimmyeon,” said a Nongshim official.