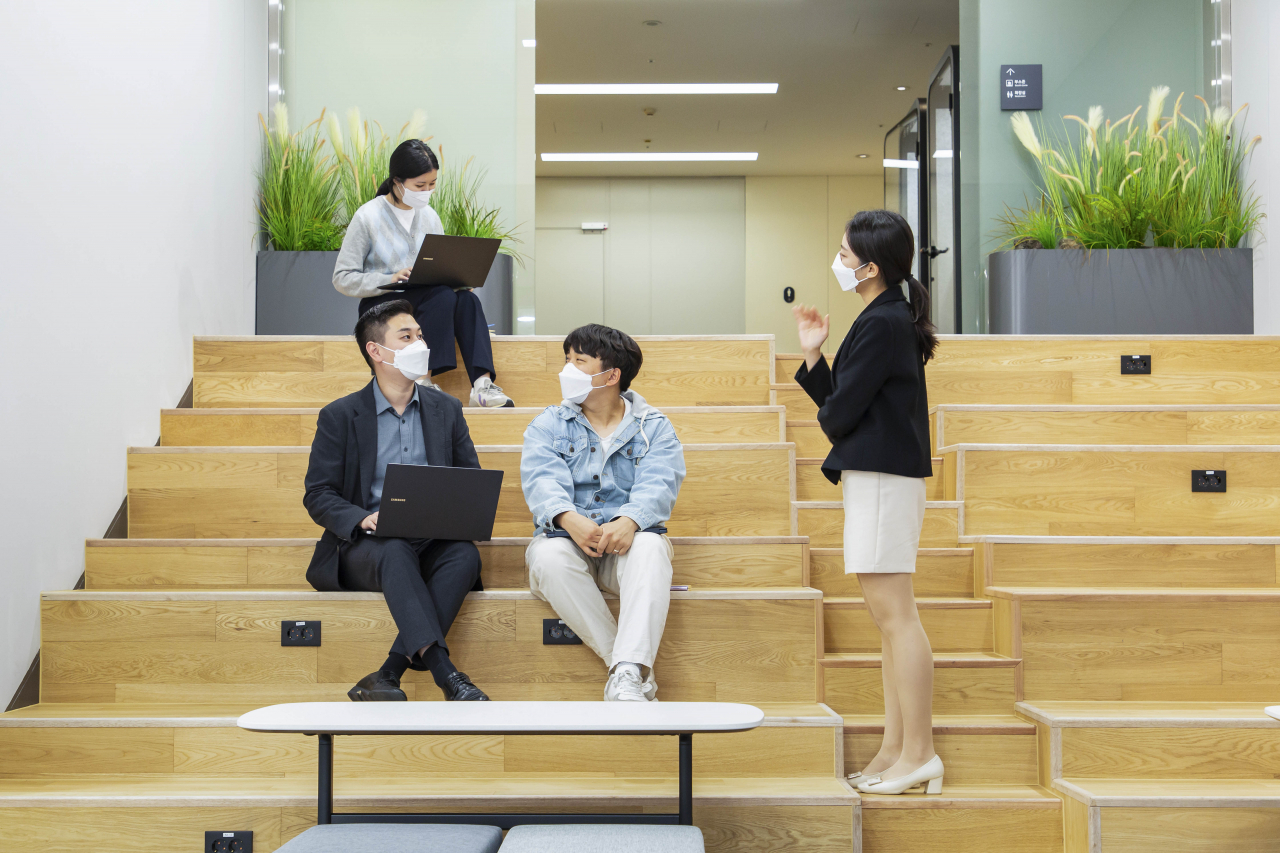 Two of the six spaces are located outside Samsung offices, in Seoul and Daegu, and the other four in Suwon, Gyeonggi Province; Gumi, North Gyeongsang Province; Gwangju; and Seoul are within Samsung office buildings.

The rented co-working space in Seoul can accommodate up to 220 people, a Samsung official said. The number of seats available at the five other locations could not be provided.

Such working environment designed to meet the needs of developers, designers and marketers, as well as their great access to public transportation, have drawn “positive response” from workers, according to Samsung in a statement. The shared spaces are also expected to shorten the commute time of employees and foster their creativity, according to Samsung.

The chip-to-mobile giant, which had 117,904 employees as of June, added that it would continue to commit to enhancing flexible and efficient work culture for employee satisfaction.

The introduction of the “Work from Anywhere” policy is the latest initiative of a Samsung task force comprising some of its staff and executives to prioritize flexibility and diversity in the workplace in order to address external uncertainties and tackle the talent shortage.

The flexible working hour policy is in place across all divisions, from chipmaking to consumer electronics. Under the policy, Samsung employees are able to customize their work schedule without having to stick to the minimum required hours within a day.

Also, high-ranking staff at Samsung’s smartphone and consumer electronics unit, as well as the group’s management department, have been encouraged to ditch their suits and ties in tandem with rank-and-file employees. To encourage female workers to stay on after maternity leave, tech giant Samsung Electronics is granting them training, mentorship and remote work opportunities.