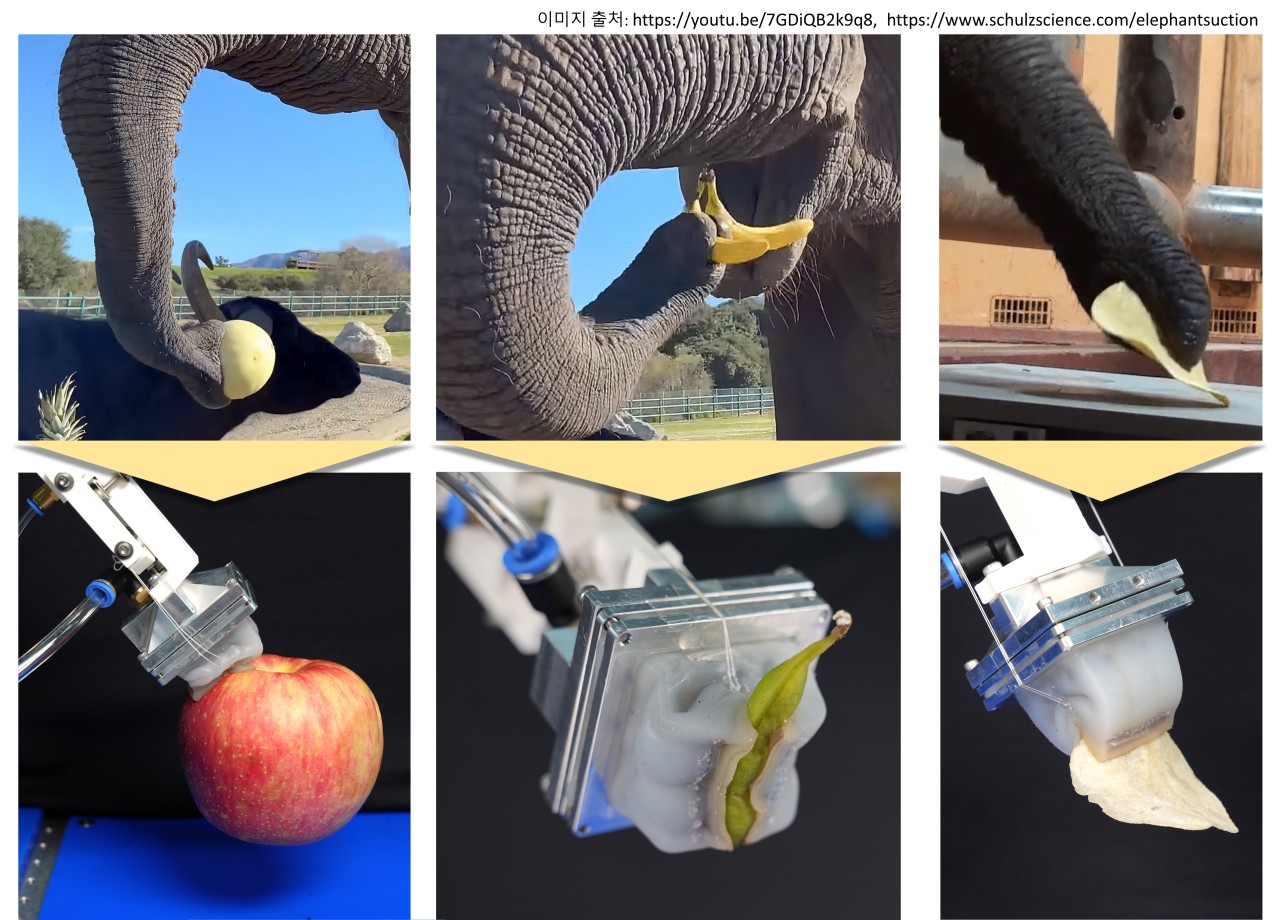 A team of researchers have developed the world’s first gripper that can work like an elephant’s trunk, the Korea Institute of Machinery and Materials said Thursday.

Inspired by how an elephant picks up smaller objects by folding the end of the trunk and grabs bigger objects by inhaling air, the newly-developed gripper can pick up things by either gripping or adsorbing them.

The researchers put together a flexible structure consisting of a wire that can transform its shape and a flexible, thin wall to create the elephant’s trunk-like gripper. The gripper contains multiple microfluidic paths, which are used to create a vacuum inside the device. As its microfluidic paths are flexible, the gripping part of the device is soft and capable of adjusting itself to match the shape of any object.

The KIMM said the gripper can be applied to many areas, as it is capable of not only grasping objects, but also of transferring them stably without mechanical devices or sensors.

The researchers confirmed that an elephant’s trunk-like gripper can pick up a needle with a diameter of 0.25 millimeters from the ground or hold an object which is ten times bigger than the gripper.

“If we put the gripper against the ground and create a vacuum as we close it, it would have the effect of pinching the floor with human fingers. So the gripper can easily grab very thin objects,” said Song Sung-hyuk, a senior researcher at the KIMM.

“As the elephant trunk gripper — which is a convergent type that grabs and adsorbs — is soft, there is no risk of injury in collaboration with humans. It can also handle objects in different sizes ranging from deliberate parts or boxes without complex machinery or sensors — so it can be applied to not only our daily lives, but also various industries,” said Park Chan-hun, director of the AI robot research division at the KIMM.

“We expect (the gripper) to greatly contribute to the development of service robots and companies that manufacture multiple products in different volumes,” he added.