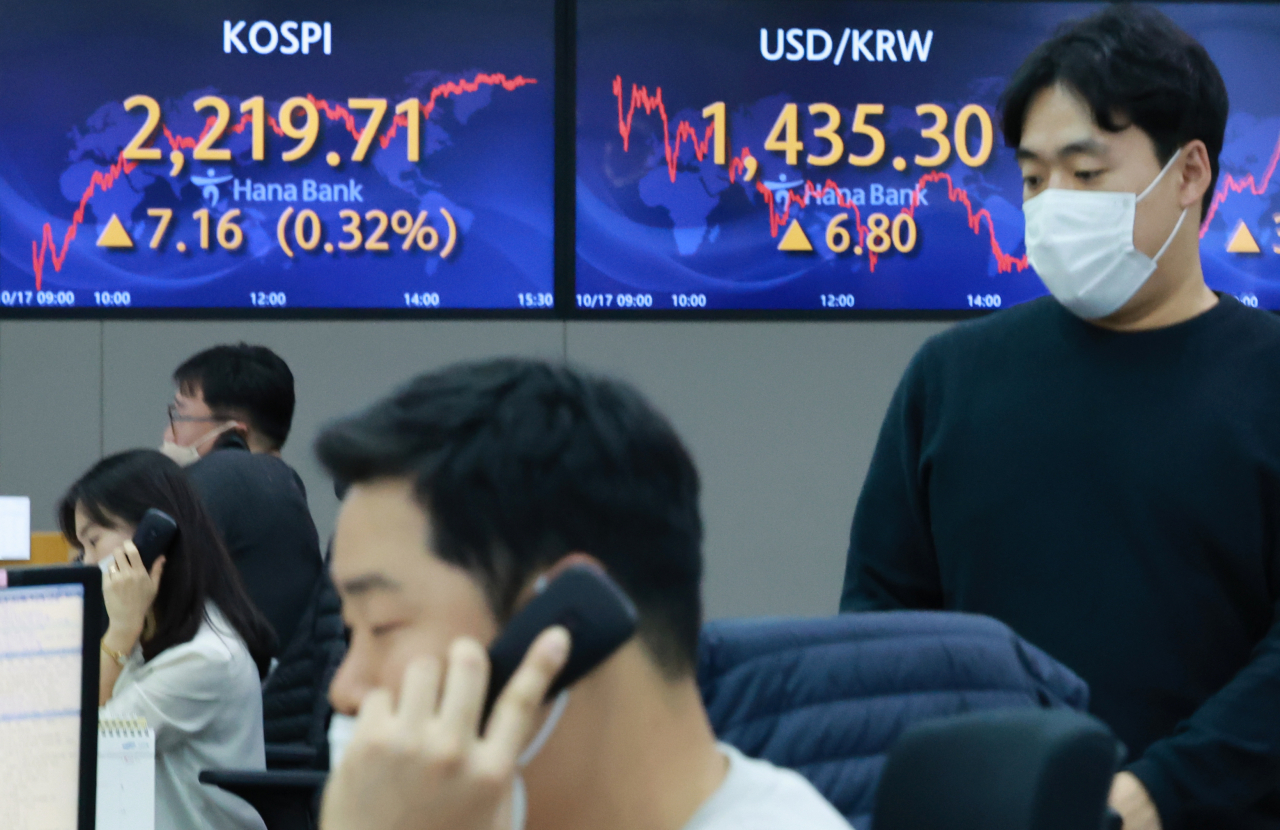 South Korea’s stock market advanced for a second consecutive session on Monday as investors went on the hunt for undervalued stocks. The Korean won fell against the US dollar.

Trading volume was moderate at about 487 million shares worth some 6.4 trillion won ($4.5 billion), with gainers outnumbering losers 538 to 322.

Stocks opened steeply lower, taking a cue from a plunge on Wall Street on Friday that spooked local investors.

The KOSPI trimmed earlier losses in the morning session and shifted into positive terrain as investors scooped oversold stocks.

A hike in US consumer prices and inflation expectations for September fanned worries that the US Federal Reserve may take another big step rate hike going forward.

“The stock market has been roiled excessively, particularly in a weak won-dollar situation like this, and spurred investors to go bottom-fishing,” Mirae Asset Securities analyst Park Gwang-nam said.

Kakao, the operator of the country’s most popular mobile messenger app KakaoTalk, closed 5.93 percent down at 48,350 won after slumping nearly 10 percent due to its service disruption over the weekend that stemmed from a fire at its data center.

The Korean won closed at 1,435.3 won against the US dollar, down 6.8 won from the previous session’s close. (Yonhap)