Seoul shares down for 2nd day on rate hike woes 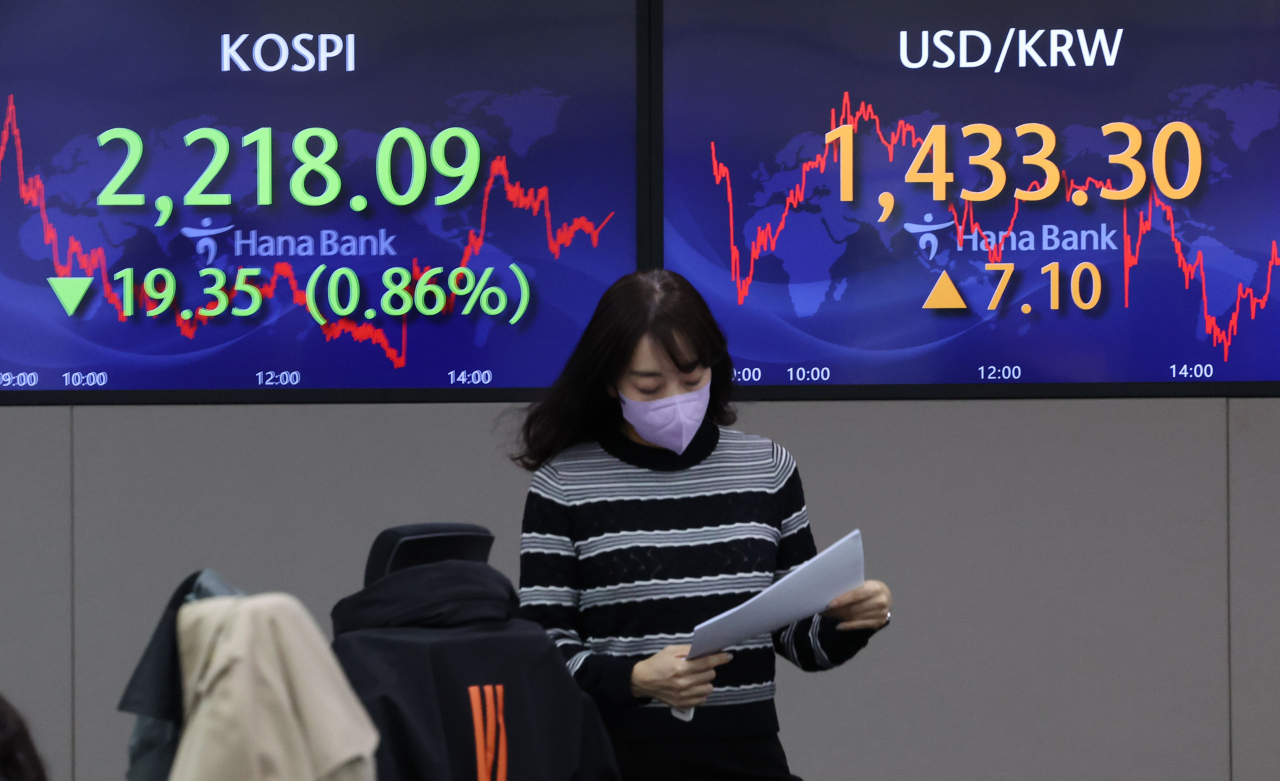 South Korean stocks retreated for a second straight session Thursday, as investor sentiment worsened on concerns about aggressive rate hikes. The Korean won fell against the US dollar.

Trading volume was moderate at about 1.1 billion shares worth some 8.1 trillion won (US$5.7 billion), with gainers outnumbering losers 607 to 273.

Stocks got off to a weak start as investors expected further hikes in the policy interest rates at home and in major economies.

The Fed’s St. Louis president said the current high inflation growth requires further rate hikes and expected the US central bank to wrap up its aggressive rate hikes by early next year.

The Fed is slated to hold its rate-decision meeting on Nov. 1-2 (US time). The Bank of Korea is set to hold a rate-setting meeting Nov. 24.

The Korean won closed at 1,433.3 won against the US dollar, down 7.1 won from the previous session’s close. (Yonhap)