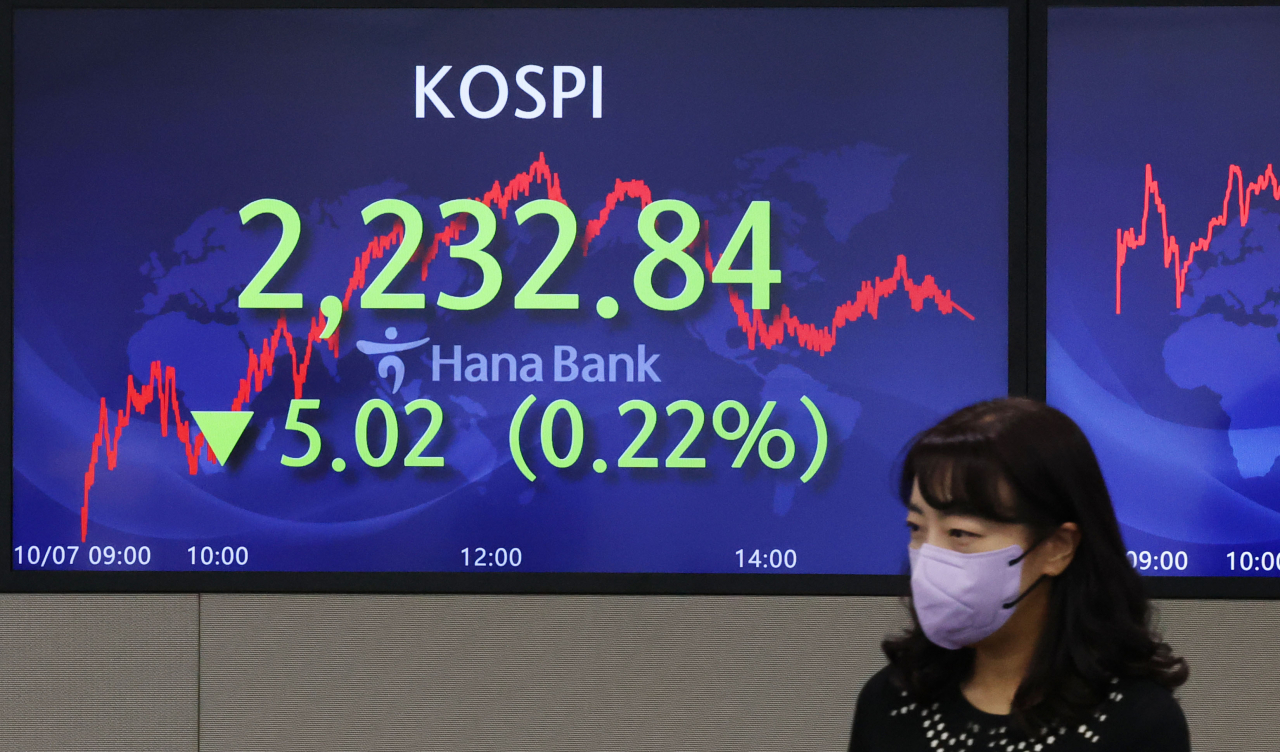 The market opened lower, tracking Wall Street losses, as investors await a jobs report for September due Friday (US time), which would affect whether the Fed may pause on raising interest rates at a fast pace amid signs the economy is weakening.

But some of the earlier losses were recovered as tech shares rebounded on hopes for a recovery in the semiconductor cycle.

“Investors’ wait-and-see posture is expected to continue, which would cause market volatility for some time being,” he added.

Market bellwether Samsung Electronics inched down 0.18 percent to 56,200 won, as it reported about a 32 percent on-year decline in its preliminary third-quarter operating profit.

LG Electronics added 1.36 percent to 81,700 won, as it reported a 25 percent on-year rise of its preliminary third-quarter operating profit.

Internet giant Naver sank 4.19 percent to 160,000 won following deep losses recently, after some investors questioned the timing and profitability of its recent 2.3 trillion-won deal to buy Poshmark Inc., a US secondhand fashion platform.