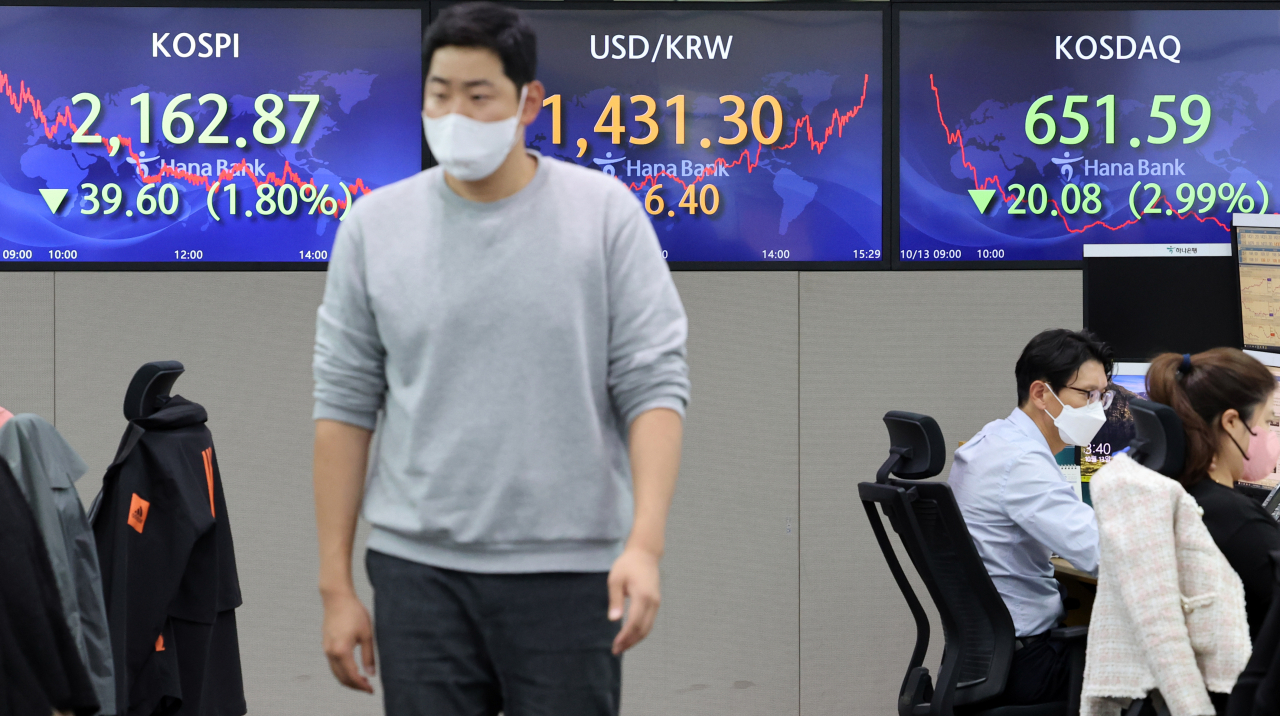 South Korean stocks finished down Thursday amid persistent concerns that combative monetary tightening policies in major economies could drag the global economy into a recession. The local currency lost ground against the US dollar.

The market opened lower and extended losses as investors awaited the release of the September consumer price index, one of the key indicators that would determine the pace of the US Federal Reserve’s monetary policy tightening going forward.

Minutes from the Fed’s September meeting, out Wednesday (US time), confirmed its hawkish stance on rate hikes until hot inflation is brought under control.

The Korean won finished at 1,431.30 won against the greenback, down 6.4 won from the previous session’s close. (Yonhap)