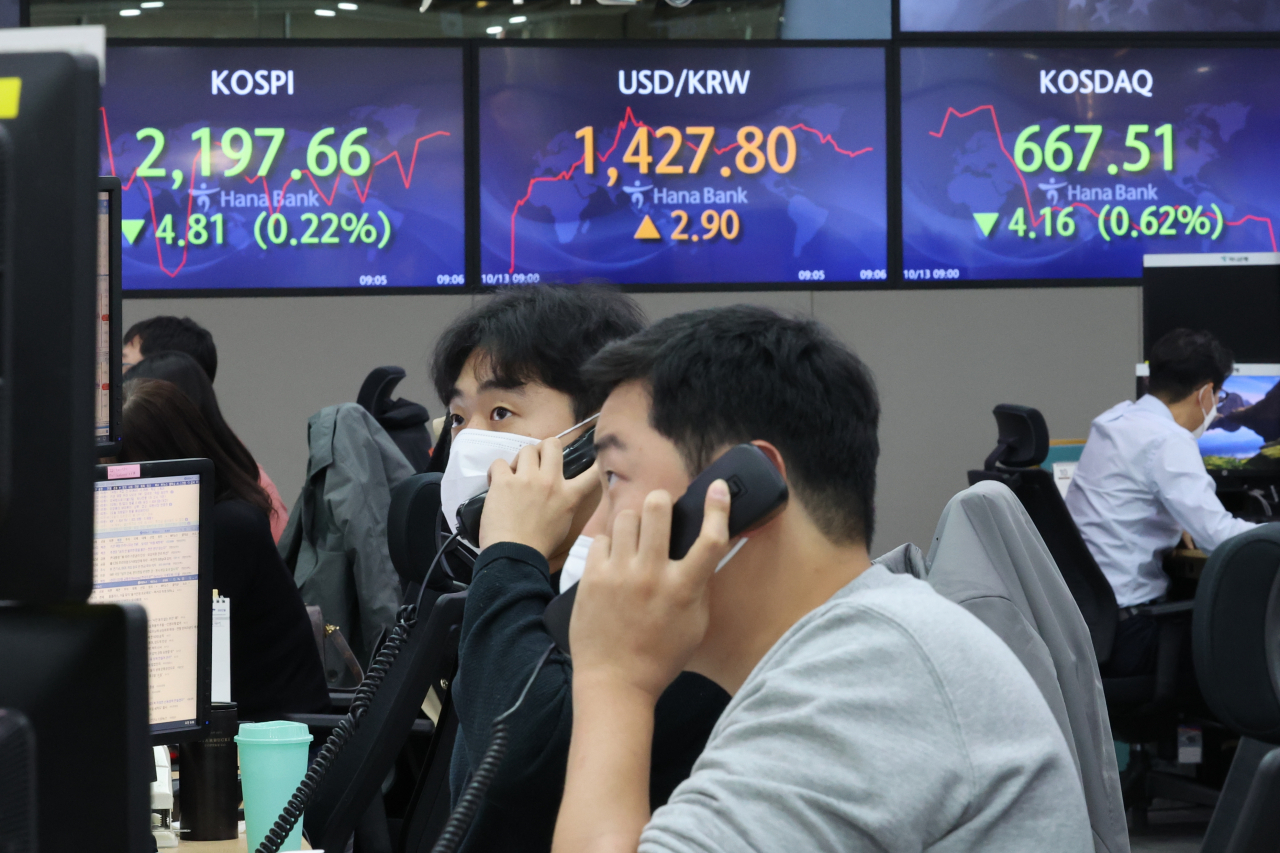 Overnight, Wall Street closed slightly down ahead of the release of the September consumer price index, one of the key indicators that would determine the pace of the US Federal Reserve’s monetary policy tightening going forward.

Minutes from the Fed’s September meeting, out Wednesday, confirmed its hawkish stance on rate hikes until hot inflation is brought under control.

In Seoul, most shares opened lower.

Scandal-ridden bio firm Sillajen, which resumed stock trading Thursday after a 2 1/2 year suspension over executives’ illegalities and other issues, soared 24.7 percent from its opening price of 8,380 won. But it was still down around 14 percent from its closing price before the suspension.