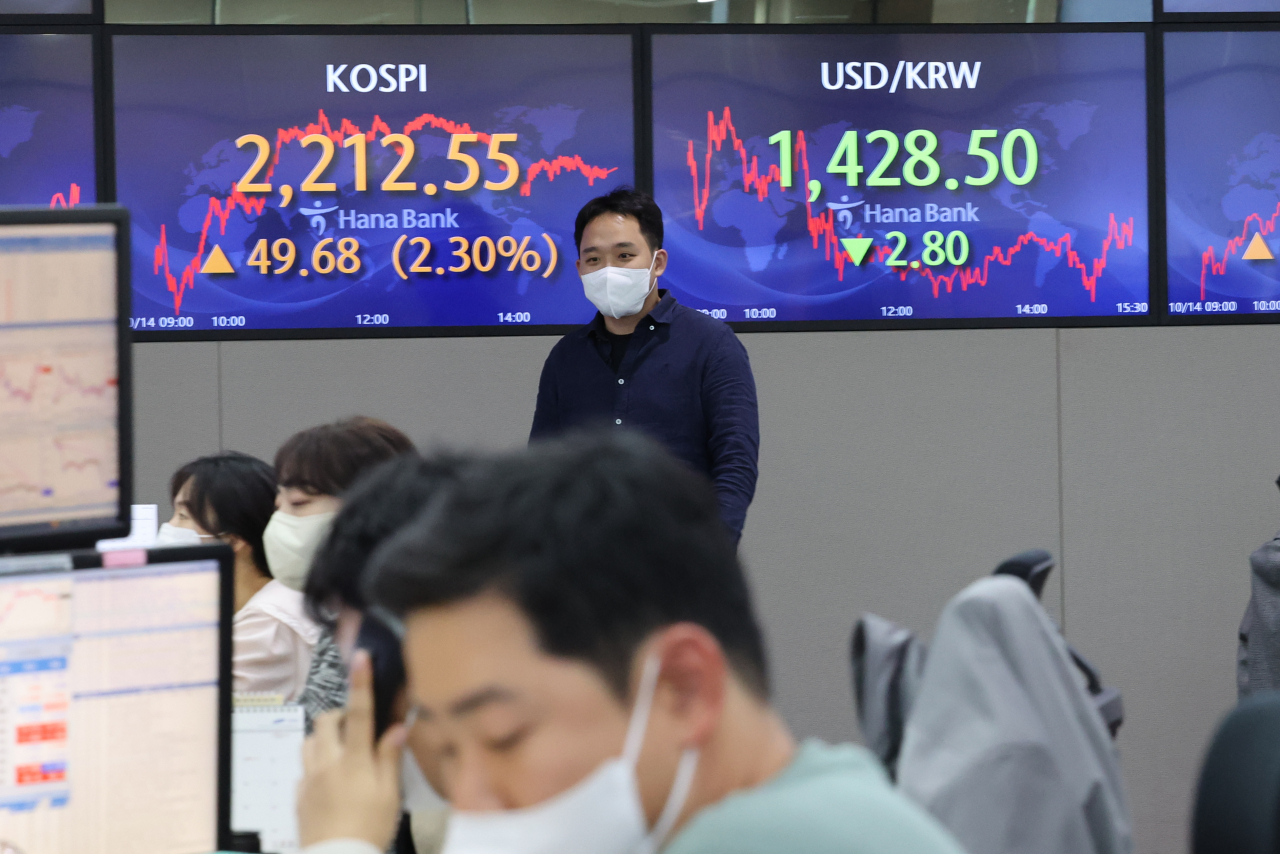 The market opened higher, taking a cue from a surge on Wall Street, which staged a remarkable turnaround to close higher, after plunging significantly earlier in the session.

Traders shrugged off persistently high consumer price growth. US consumer prices rose 0.4 percent in September and 8.2 percent from a year earlier, despite the US Federal Reserve’s aggressive monetary tightening policy.

The Korean market “went up in sync with the global market,” which was boosted by “bargain hunting and the expectation that inflation could peak” soon, Park Sang-hyun, an analyst at Hi Investment & Securities, said.

“But it is uncertain whether the market will continue its rally, given high prices, additional rate hikes and economic conditions,” he said.

In Seoul, big-cap shares finished higher across the board.

The Korean won finished at 1,428.50 won against the US dollar, up 2.8 won from the previous session’s close. (Yonhap)