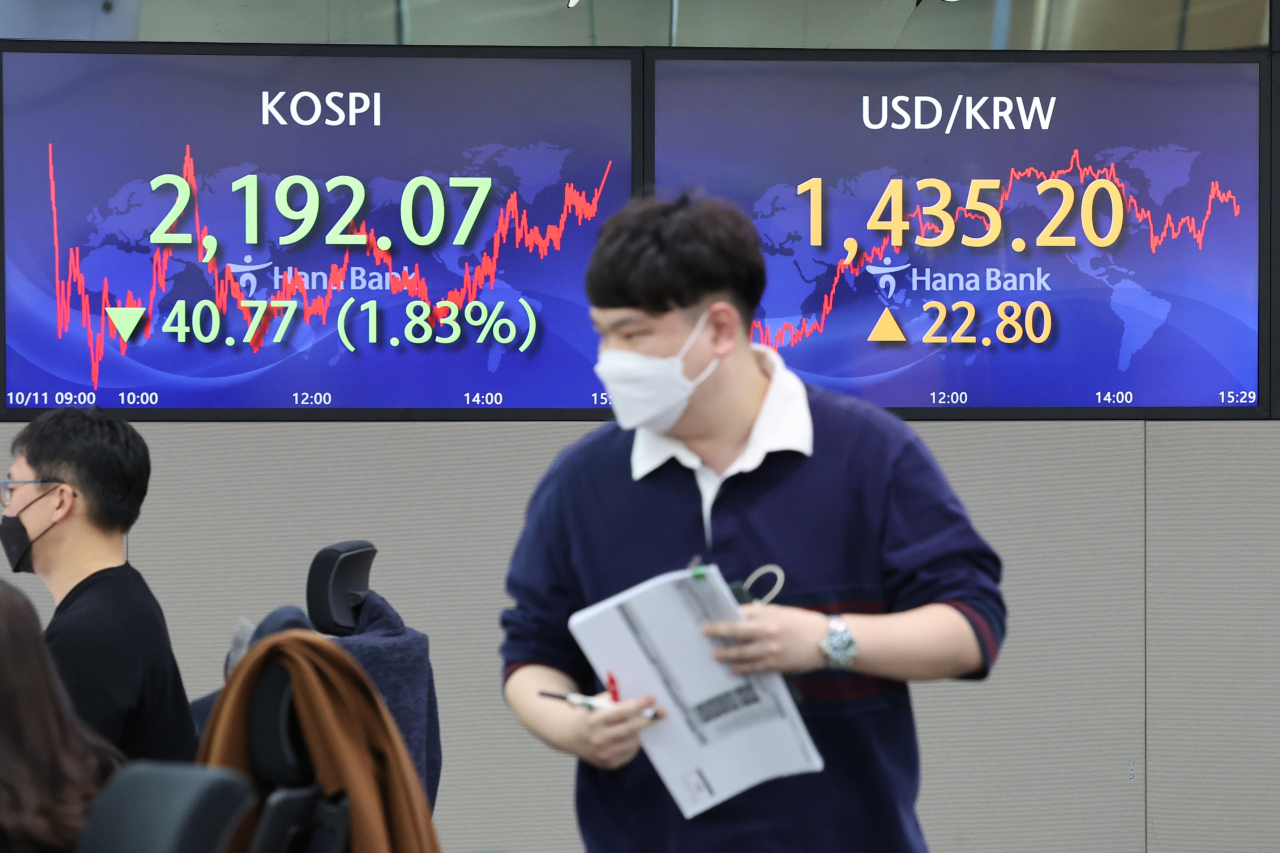 South Korean stocks tumbled nearly 2 percent on Tuesday as investors sold off tech, auto and other stocks amid concerns that monetary tightening and geopolitical risks could tip the global economy into a recession. The Korean won also ended sharply lower against the US dollar.

Tech and auto issues were among sharp decliners.

“The market mood remained fragile on news that the US-China tension results in toughened rules on the chip industry, which is the backbone of the South Korean economy,” Mirae Asset Securities analyst Park Gwang-nam said.

The fall came amid recent selling of US semiconductor stocks following Washington’s export controls to limit China’s access to US chip technology and chipmaking equipment.

Overnight, the tech-heavy Nasdaq Composite fell 1.04 percent, hitting the lowest level in two years on a slump in semiconductor stocks.

Carmakers also ended lower, with top automaker Hyundai Motor sinking 4.27 percent to 168,000 won and its affiliate Kia falling 5.07 percent to 67,400 won, amid mounting concerns that their competitiveness could be seriously hurt by the US Inflation Reduction Act that excludes electric vehicles assembled outside the US from tax incentives.