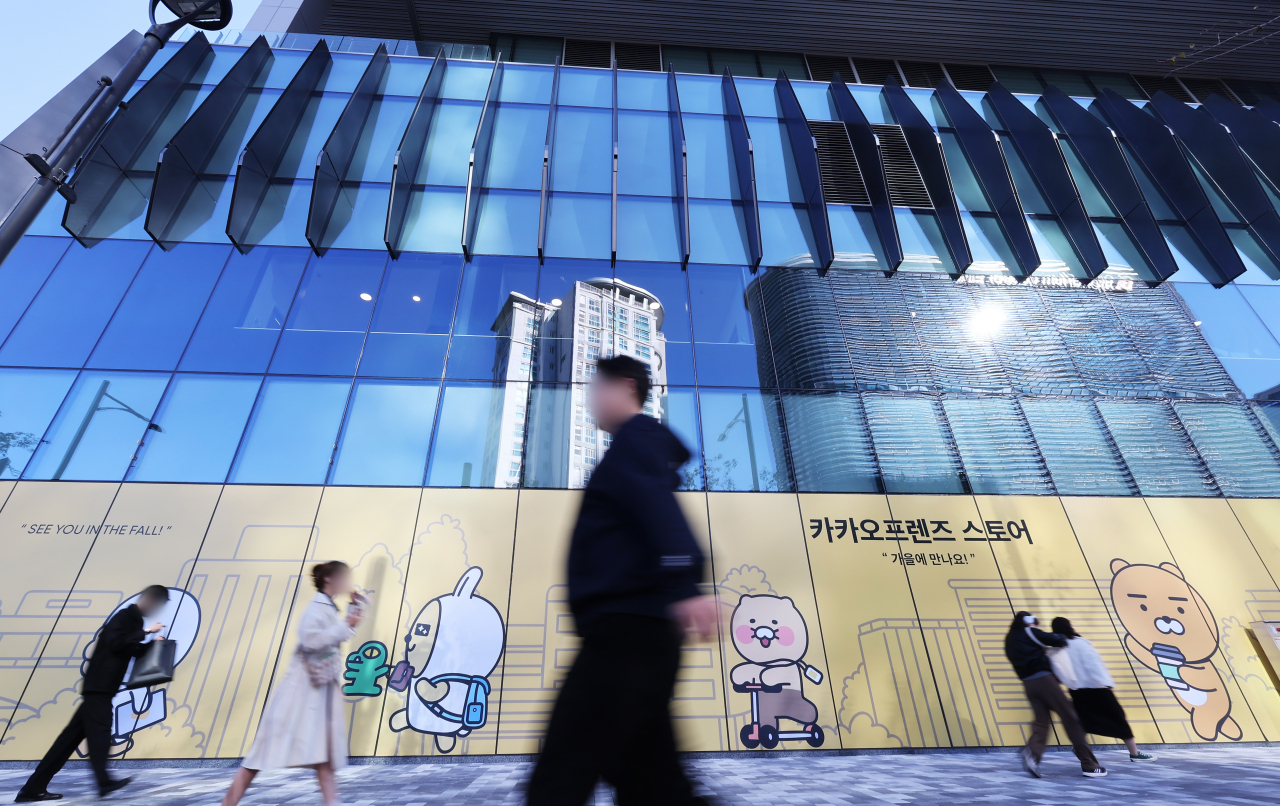 SK C&C, the operator of the fire-hit Kakao Corp.’s data center, on Thursday denied a report that it had ignored two fire alerts made hours before the servers went down last week due to a fire in batteries.

The company said its battery management system worked properly until the fire broke out at the SK facility in Pangyo, Gyeonggi Province, on Saturday, revealing the actual graph showing a stable movement both in electricity and voltage.

A BMS monitors the temperatures across the battery pack and maintains the normal temperatures to ensure the optimal battery performance. SK Innovation’s battery-making unit SK On is the supplier of the lithium-ion batteries used in the Kakao data center.

“The movement of both electricity and voltage shows a straight line horizontally in the graph. Only when there’s a drastic change, an emergency alert is issued,” the company said.

The company also denied that its officials inspected the servers after getting alerted but it didn’t inform the issue to Kakao and other clients, saying “because there was no emergency alert, no official was sent to check.”

Such a flat denial comes as Kakao and SK C&C show subtle differences over who is more responsible for mishandling the fire incident in the earlier stage, which led to an unprecedented malfunction of Kakao’s key services, including the immensely popular KakaoTalk messaging app.

SK C&C has stressed that it followed the direction of the fire authorities, while Kakao has said it could not respond to the fire properly as they were informed about it belatedly.

Even though both companies are unlikely to avoid responsibility for the nation’s worst-ever data center shutdown, their financial losses, including compensation claims, could be decided depending on the exact cause of the fire and their response to it.

During the operational disruptions that lasted more than 10 hours, Kakao alone is estimated to have seen some 20 billion won ($13.9 million) in losses, while its individual partners, like small merchants using its payment system and taxi drivers taking calls from its ride-hailing app, are bracing for their own legal fights to get compensated.

Amid simmering tensions between the two companies, Kakao founder Kim Beom-su and SK Group Chairman Chey Tae-won are expected to testify at a parliamentary audit session next week, during which they would face a barrage of questions from lawmakers.

SK Group and Kakao have maintained close ties since SK Telecom and Kakao inked a strategic partnership in a share swap deal worth 300 billion won in 2019. It was a rare tie-up between two tech rivals – the nation’s largest telecom carrier and No. 1 platform operator.