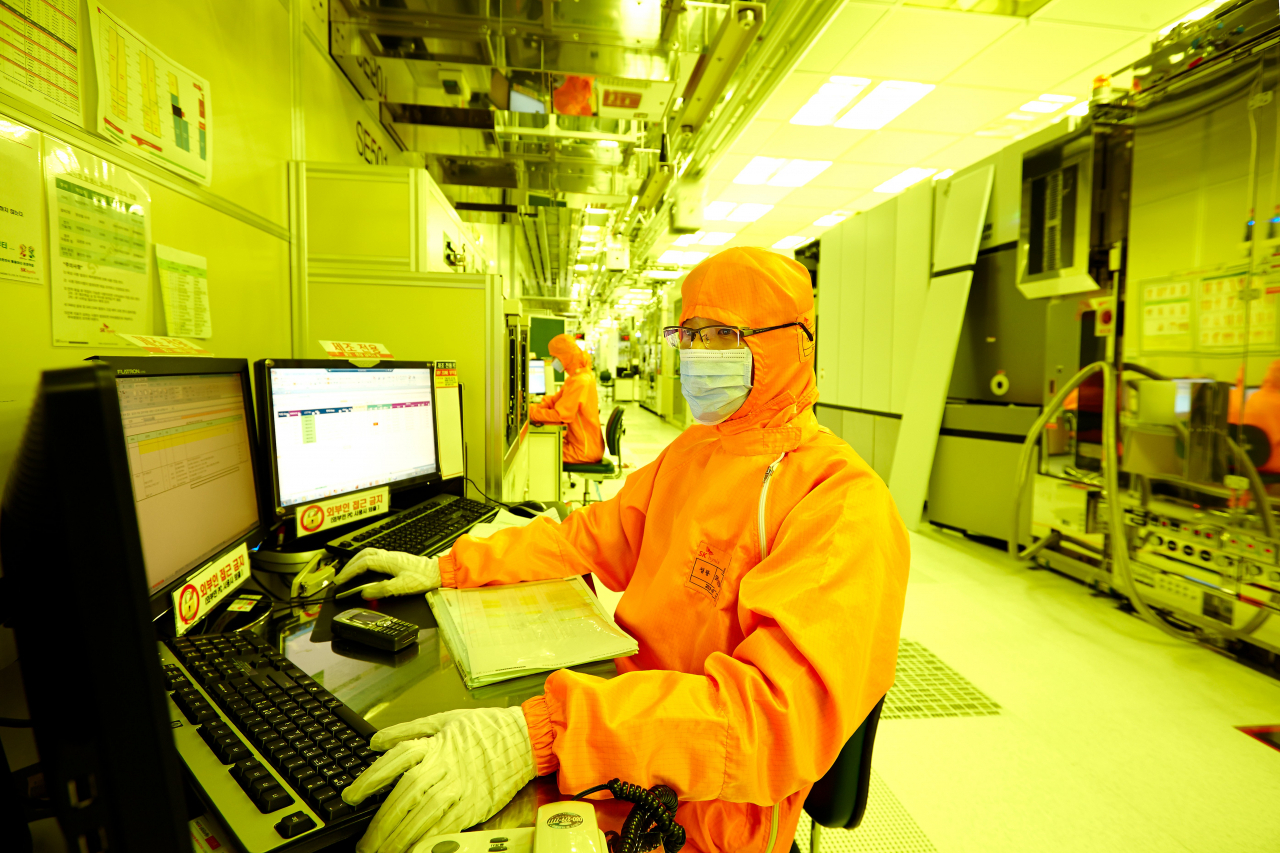 SK hynix added that 40 percent of neon gas used for chip production is already locally produced in Korean chipmakers’ bid to stabilize chip supply chain and reduce their reliance on imports of the specialty gas.

Neon gas makes up about 95 percent of excimer laser, a ultraviolet light source for photolithography at which tiny circuit patterns are printed on chip wafers as they get exposed to lights.

In the face of the neon crisis triggered in part by Russia’s invasion of Ukraine, as well as Russia’s noble gas export restriction in June, Korean chipmakers like SK hynix suffered price volatility of the key ingredient.

The supply chain disruption has caused the cost of neon gas imports to rise sharply. The neon gas import price per metric ton in Korea peaked at $2.9 million in June this year, up 24-fold from that of January at $122,000, according to data from the Korea Customs Service.

The average neon gas import price per ton reached $1.9 million from January-August period this year, up over 32 times from the 2021 average.

Such a disruption has forced chipmakers like SK hynix to turn to local partners to secure a stable supply of neon.

The homegrown material is being produced by steelmaker Posco, and the gas is being processed by TEMC, a semiconductor gas company based in Boeun County, North Chungcheong Province.

Posco and TEMC jointly shipped the first domestically produced neon gas in January, while the gas began to be supplied to SK hynix in April.

The partnership allowed SK hynix to use the homegrown ingredient without massive spending on infrastructure, such as air separation units.

The share price of SK hynix was trading 2.7 percent higher at around 11:30 a.m. Wednesday.