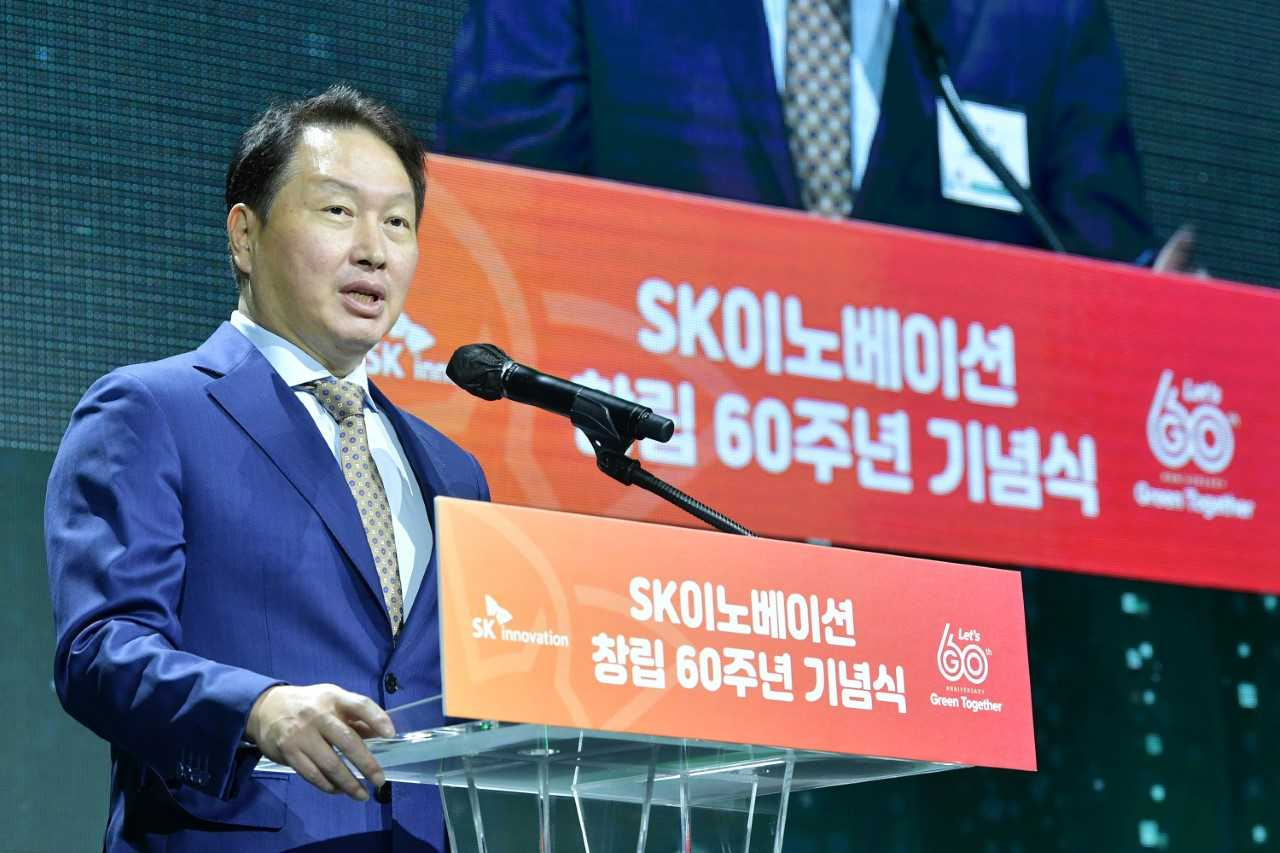 The company said it would go beyond achieving its 2050 net-zero goals, pledging to drastically reduce its carbon emissions across all workplaces by 2062, its 100th anniversary.

Under a new initiative, called “All Time Net Zero,” the company aims to offset carbon emissions by recycling plastic, streamlining manufacturing processes and expanding the use of carbon capture and utilization technologies.

“SK Innovation has been the driving force behind South Korea’s growth,” SK chief Chey said in his opening speech.

“The global energy market is changing rapidly and requires sustainable energy sources to meet the demands of future generations,” he added.