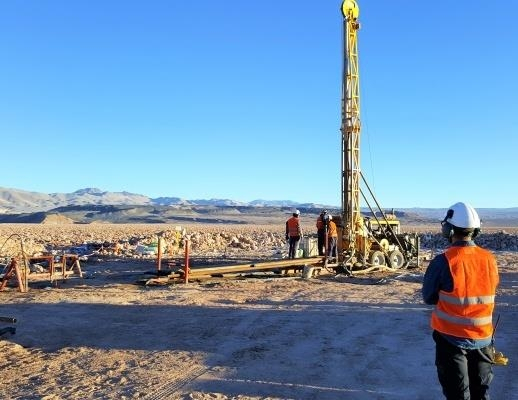 Under the agreement signed with Lake Resources on Tuesday, SK On will be provided with 230,000 tons of lithium, a key raw material used in electric vehicle (EV) batteries, for 10 years starting in the fourth quarter of 2024, the Seoul-based company said in a release.

The amount is enough to produce some 4.9 million EVs.

SK On will also be acquiring a 10 percent stake in the miner via a rights offering, which will be finalized around the first half of next year.

For the first two years of the 10-year supply period, Lake Resources will provide SK On with an annual 15,000 tons, with the amount to be increased to 25,000 tons a year for the next five years. An option for an additional five years will be applied.

Established in 1997, Lake Resources owns and has been developing four lithium brine assets and one lithium mine in Argentina. SK On will be supplied with the mineral from the Kachi lithium brine project. (Yonhap)