Soaring food prices force Koreans to scrimp on eating out 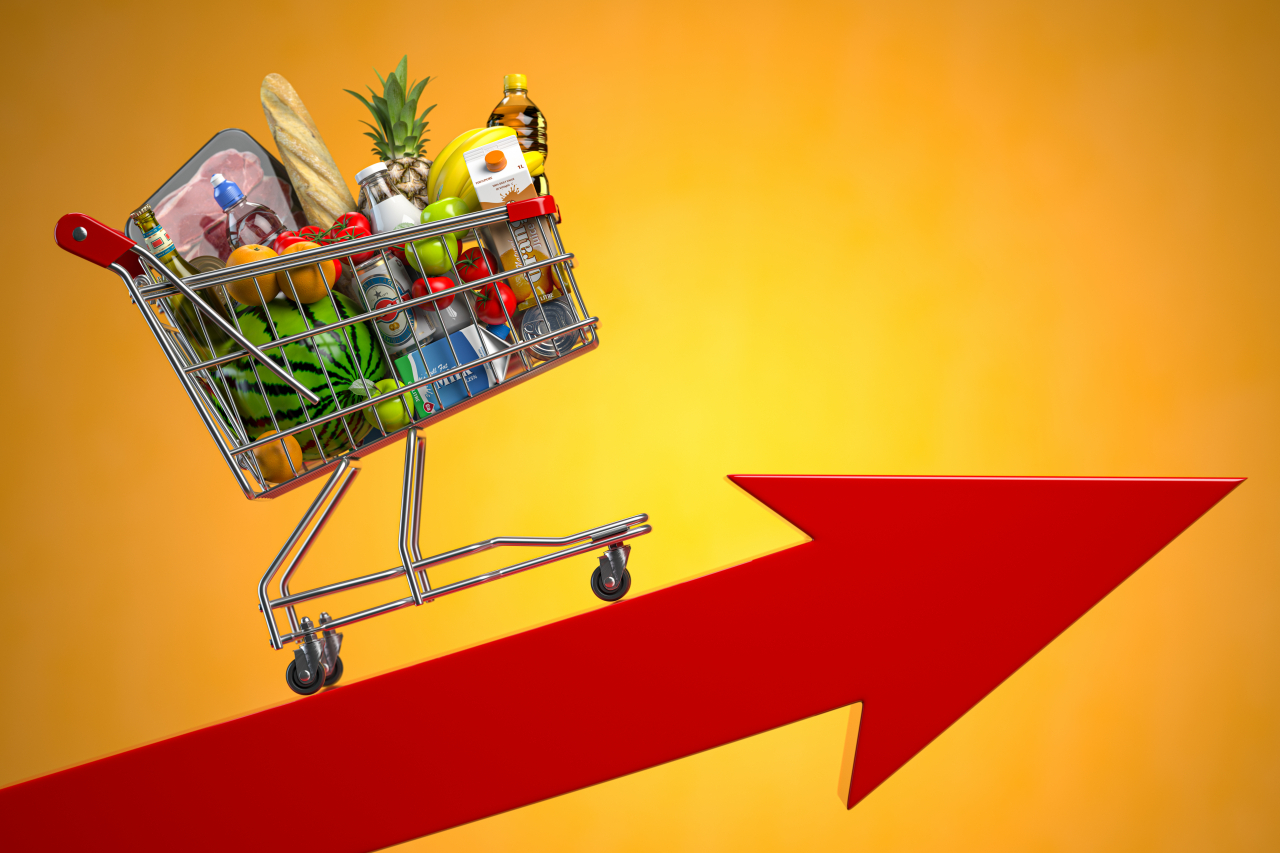 Higher food prices are taking a toll on much of the world and Koreans are no exception, as they look to deal with the surging costs of eating out that reached a 30-year high last month — the latest sign that will likely harden resolve at the Bank of Korea for a second hefty rate hike this week.

While overall consumer prices eased in September for a second straight month, services inflation edged up 4.2 percent on-year, a 21-year high, according to Statistics Korea. Eating out costs alone rose a whopping 9 percent, the highest since July 1992. Prices for hamburgers and gimbap — all-time local favorites — rose the most, by 13.5 percent and 12.9 percent, respectively, forcing Koreans to cut back on even cheaper meals.

“It’s not cheap anymore. Now it’s the coupons that get me going to those fast-food chains like Burger King,” said Nam Young-woo, a 28-year-old office worker living in Greater Seoul. “And unless it’s served as an employee meal, I don’t really go out for gimbap at that price.”

According to the Korea Consumer Agency, one serving of gimbap averaged 3,046 won ($2.14) in Seoul in August, while a Burger King Whopper costs at least twice more than the Korean rice roll. The recent global surge in food and materials costs is to blame, the agency says, adding prices for most processed food also rose last month. Gochujang, a Korean fermented chili paste, showed the steepest monthly hike at 11.7 percent.

What puts policymakers on edge, however, is the stubbornly high core inflation, which excludes food but includes prices for services like eating out. The September reading stood at 4.1 percent, the highest since December 2008.

“Core inflation is still on the rise, and we expect prices to stay between a high 5 and 6 percent for the foreseeable future,” said Lee Hwan-seok, deputy governor at the Bank of Korea, referring to at least the next six months, in a statement last week that offered no hint of optimism on the price trajectory.

The central bank expects overall prices to average an increase of 5.2 percent this year, with the BOK chief still contending that inflation could peak this month.

But the on-year price increase last month, 5.6 percent, is still too high a reading to say inflation is easing meaningfully, given the readings of 6.3 and 5.7 percent in July and August, respectively, according to experts. The July reading, which marked a 24-year high, was more than three times the annual average of 2 percent the BOK seeks.

“The price easing just isn’t enough to convince the central bank to back off from a big rate hike, like the one in July,” said Joo Won, deputy director at Hyundai Research Institute, referring to the 50 basis point raise that month. The bank will decide whether to back the same raise or endorse the usual hike half the size on Wednesday, at the first of two policy meetings left this year. The current rate stands at 2.5 percent.

“Soaring prices take a toll on every Korean … Rate hikes will take place to mitigate that,” BOK Gov. Rhee Chang-yong said last week during a parliamentary audit, reaffirming the stance that higher borrowing costs would be the new norm as long as inflation runs at a high 5 percent. Households should brace for such on-year increases until the first quarter next year, Rhee said.

Meanwhile, Rhee described the depreciating Korean won against the US dollar as another factor pushing up prices, because of higher import bills involving food and energy. But a currency swap agreement with the US — a proposal some say could effectively prevent a dollar drain amid a global rush to the safe-haven asset — is not something the bank could decide on its own.

“The US Federal Reserve is the one making that decision, and it’s really not my place to say anything on the matter,” Rhee said. Korea is nowhere close to burning through its dollar reserves and the International Monetary Fund sees it the same way, according to Rhee, who formerly served as the group’s director of the Asia and Pacific Department before joining the central bank.

Share
Facebook
Twitter
Pinterest
WhatsApp
Linkedin
Previous article‘We should be wary of North Korea, not our own military,’ says governor after missile crash
Next articlePakistan U19 to play red, white-ball series against Test playing country: Sources